This is mark Joseph “young” blog entry #365, on the subject of Characters Travel.

This is the seventh mark Joseph “young” web log post covering this book, covering chapters 37 through 42.  It was suggested that more shorter posts were a better choice than fewer longer ones, so there will be posts every six chapters, that is, every other week, for this book.  Previous entries were: 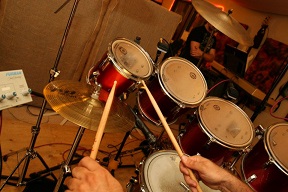 This part of the story was going more slowly than I had expected.  I wasn’t complaining because I hadn’t yet thought of the next problem, but I had expected this chapter to cover much that got bumped to the next chapter.  The problem was really that at some point I had to have Tiras tell everyone the basic plan so they could think about options.  I didn’t do it at the end of the previous Hastings chapter because it felt like I needed the story to break while Tiras and the others did their exploration.  I kept thinking I would gloss over it quickly, but that also felt wrong, that a passage saying what Tiras had told them when he returned last night was cutting out important story action.  That meant I had to start this chapter with that address, and the action that would follow in the morning would have to be bumped to the next chapter.

John really is an excellent drummer, or was when he played with us (and has been taking lessons from professionals since).  He was playing Multiverser for a while, and when I asked which characters should be in this book he suggested that he would like to be.  I’m using him to get Tommy oriented to the verse.  Of course, when they’re close enough she gets that scriff sense feeling that points to other versers, but she doesn’t yet know what it is, only that it feels like she’s supposed to meet someone over there.

I debated whether I could include giant rats in this scenario without impacting the setting.  It isn’t supposed to be like Gamma World or Metamorphosis Alpha with mutant creatures all over, but the post-apocalyptic without an apocalypse, a move underground because overpopulation was cutting into food production.  I researched rodents and ultimately decided that I could put a group of large rodents in the tunnels without deciding what they were, and so I did it.

The details unfolded as I wrote.  The bit with the darkness had occurred to me when I was thinking about what was going to happen.  The light spell turning on the lights in the hall is connected to the world’s backstory, in which it is ruled by a god of technology and so it is often the case that when someone uses magic the answer takes advantage of the world’s technology, in this case the light spell turning on the lights.

I had originally expected that the entire encounter would take one chapter, but as I managed to keep the story interesting (I hope) for two pages I decided to do a cliffhanger here and put the fight at the beginning of Beam’s next chapter.

In the first draft I had written that he didn’t wear glasses, but then when I was setting pages in HTML I vaguely remembered in his first chapter he was feeling for his glasses, or so I thought, so I wrote that he didn’t usually wear them.

I wanted to avoid having Lauren be the answer to their significant problems, but when it came to it the only other option I had was that they would lower everything and everyone unable to climb walls by ropes, and leave the mules behind to be dragon fodder.  Thus I figured they would go with Lauren’s skills for this, but that they would still use some of their other abilities.

I had been anticipating this chapter almost since I started writing Tommy’s story, but had not really had it coalesce in my mind, so I was piecing it together as I wrote, trying to figure out how to work in each little piece I’d thought of including.  I was not sure I was happy with it when I finished, but I was tired and had an early alarm ahead, so I stopped where I was.

I hadn’t really thought about more than the brief opening combat scene, but had concluded that the rats would flee when the bullets flew.  I had also known that they were eating the body of a human, and that meant there would be a brain for Turbirb’durpa.

Originally I thought Dawn would be firing pistols, but then it came back to me that she had that rifle and would probably prefer it, particularly as the easiest way to transport it is in her hands.

The pockets were a late thought, and they were going to be empty, but then it struck me that even a primitive who discovered that his clothes had pockets would figure out a use for them, and it would probably involve carrying food.