This is mark Joseph “young” blog entry #120, on the subject of Giving Offense.

A couple days ago I was asked whether I had again offended a Specifically Named Person by writing another piece on homosexuality. 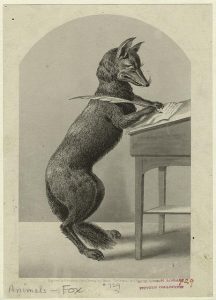 I had no idea how to reply to this.  I was unaware that I had offended this individual previously by my writing; I have no reason to believe he identifies as homosexual.  I obviously know that some people in my circle of relationships disagree with me on any subject you care to name, and this is one on which there are some significant disagreements–but I don’t keep track of who holds what positions on which issues, so I could not have told you that he disagreed with my views on this one.  It does not surprise me if he does; I know he disagrees with me on some issues, but then, everyone disagrees with everyone on some issues.  As the anonymous wise Quaker is quoted as having said to his closest friend, “Everyone’s a little queer ‘cept me and thee, and sometimes I’m not so sure of thee.”  I know of no one with whom I am in complete agreement about everything.  That does not bother me.  After all, I know that everyone is wrong about something, and I know that that includes me, but it also includes everyone who disagrees with me.  The trick is figuring out where you’re wrong and where you’re right, and not being more certain of it than you can justify.

What bothers me is that he would be offended by my opinion, or perhaps by my expression of my opinion.

I have probably written about tolerance before.  Being tolerant does not mean not caring about an issue.  It means having a strong opinion but treating others respectfully who hold a different opinion.  Many people who are not religious believe that they are tolerant when they are actually indifferent and condescending.  That is, their attitude is “all religious ideas are nonsense, so it really does not matter what nonsense you believe.”  However, changes in society are forcing these people to recognize that this is not true–that it really does matter what one believes about God, because that in turn controls what one believes about many practical issues, such as abortion, homosexuality, and the “norms” of society.  The criticism is that some religious people–those who disagree with the current attitudes on specific issues–are intolerant; the truth is that those who hold to those current attitudes are proving to be less tolerant.

Being tolerant does not mean that we all agree.  It means that we agree to disagree amicably, and to allow each other to hold differing opinions, to live by them as our own beliefs dictate, and to discuss them openly.  That’s all First Amendment:  the absolute protection of religious and political opinion.  Today those who hold certain viewpoints also hold the opinion that to disagree with those viewpoints ought to be criminal.  We encounter it in the homosexual marriage debate; it is rampant in the environmental field; it appears in issues related to reproductive choice.  If you do not agree with the approved opinion (whether or not it is held by the majority), you will not be tolerated.

On the specific issue of homosexuality, I agree that homosexuality is “natural”; it is as natural as heroin addiction:  you can encourage it, and once you’ve got it you probably can never really be fully rid of it.  There is sufficient evidence that homosexuality is not fixed in the genes, but involves environmental factors and choices on some level.  The position that the unborn are as human as their mothers and deserve equal protection equal to that extended to their mothers–and probably then some, as they are the more vulnerable class–is certainly defensible.  The issue of whether global warming is heading us into an environmental disaster, or whether it is instead staving off potentially disastrous global cooling and an ice age, can also be debated.

I hold some opinions which are apparently minority viewpoints, but I hold them honestly because of what I consider solid rational bases.  To say “I am sorry if that offends you” is not really an apology; it is more an expression of compassion for your disability, that you are such a person as would be offended by the expression of an opinion with which you disagree.  I think better of you than that.  I respect you and your opinions, even, or perhaps particularly, where I disagree.  I am willing to hear your evidence and your arguments.  I expect only the same courtesy in response.