This is mark Joseph “young” blog entry #24, on the subject of Religious Liberty and Gay Rights:  A Definitive Problem.

Christians today are being forced to recognize the marital unions of homosexual (and lesbian) couples as just as valid as those of heterosexuals, and even to participate in the celebration of those unions by providing services, from signing marriage licenses to baking wedding cakes and taking photographs.  Many Christians hold the view that homosexuals cannot legitimately be “married”, that homosexual relationships are an affront to God and to nature, and that it is an affront to our faith to be forced to participate–akin perhaps to insisting that Muslims and Jews participate in a feast at which a pig will be roasted and served to all the guests.  We ought to be excused from such offensive events.  Yet time and again the courts rule against us, despite the First Amendment to the Constitution which protects Americans from government intrusion into religious faith and practice.  It is confusing, at the least.  Why is this happening?

The answer is that over the past century or so the meanings of several critical words have changed just enough that our objections have been voided.  Three words in particular have taken altered definitions, and left Christians behind.

Of course the word marriage has changed meaning over time.  It comes into English through French from Latin, the Latin referring to a sexual relationship and thus, for the Romans at least, to an ongoing sexual relationship between a man and a woman.  The Romans were rather specific about this, and that definition came with the word into English thanks largely to the Roman Catholic Church.  A marriage, well into the early twentieth century, was a permanent commitment between a man and a woman with a view to producing and raising children; it was definitively a procreative relationship. 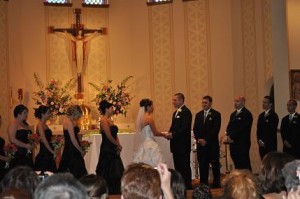 It was also primarily regulated by the church in most of the western world, even in the United States.  Marriage “licenses” were created originally to bypass “the banns” (we’ve discussed this before), the rule that required an intended marriage be announced publicly several weeks in advance of the wedding in the home region of the couple so that objections could be known in advance; the parties could in effect post a cash bond guaranteeing that there were no impediments to the marriage, and so marry more quickly or in a place where one or the other was a stranger.  They were optional, even through the early twentieth century–but they had become required first for interracial marriages, gradually for all marriages, and for the very telling purpose that the government wanted to regulate the number of mixed-race children and then additionally prevent incestuous marriages.  Marriage licenses were about regulating sex, and guaranteeing that a couple who had sex would thereafter be jointly responsible for the children produced by their act.

Several things happened in the twentieth century.  One had to do with the Federal Income Tax system, because someone decided that if a couple had children, or was trying to have children, that probably meant one of them (usually the woman) would not be working, and the income of the other would have to support both–and since the government wanted to encourage procreative relationships, such couples, identified by a legal “marriage”, were given a lower tax rate.

The second thing that happened was really many things.  Divorce law changed such that gradually it became easier for couples to separate.  Divorces being very messy cases, courts and legislatures tried to disentangle themselves from the mess by moving toward a system by which what had been presumptively permanent commitments now became readily dissolved.  Further, attitudes toward sex changed, and the judiciary took the view that it was inappropriate for government to regulate sexual activities outside those special cases in which it was likely that someone was being compromised (rape, incest, possibly prostitution).  That meant it did not matter whether someone’s sexual preferences were “aberrant”, as long as they were not abusive.  Any adult could have sex with any other adult, and the government would mind its own business if no one was being harmed.  There is still an issue as to whether anyone is being harmed in these relationships, but the government has decided that in most cases they aren’t even if they are, or at least that they assumed the risk that they would be harmed when they entered the relationship.

The upshot is that marriage is no longer defined as a permanent procreative relationship, but rather as a disolvable partnership between friends.  A critical element has been changed.

The word homosexual did not not exist in the nineteenth century.  Such men were called “sodomites”, and it had a very negative connotation.  Early in the twentieth century someone in the psychology field coined the new word to identify what was then regarded a psychological aberration for study and treatment.  The word itself was criticized as a nasty hybridization of a Greek prefix (homo, “same”) with a Latin root (sexual, “pertaining to gender”). 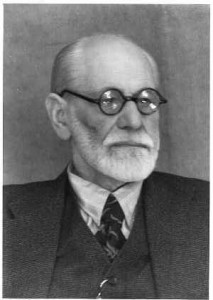 However, the definitional change goes deeper than this.  This is not so simple as a different lifestyle.  It’s not like choosing whether or not to be a vegetarian, or deciding to join a convent, or moving to a farm.  Although science has produced not a shred of evidence that homosexuality is genetic, homosexuals have insisted that they are born that way, and that therefore they cannot really be classed as “men” and “women”, but instead are two more, different, sexes, that homosexual male is no more heterosexual male than heterosexual female.  The assertion is that they are a separate group, another sex, very much like a race.  With the most recent Supreme Court decisions, it seems that the law has agreed.

Therein lies the key problem, the reason our bakers and photographers and caterers and honeymoon hotels are all being told that they cannot refuse service to homosexual couples.  Under the law, it would be the same as excludng service to Blacks or Chinese because of their race.  We went through this in the sixties, as Whites–not just southern Whites, it happened also in Chicago–tried to segregate Blacks by legislation and private practice, when restaurants would not serve persons of color and school boards sent black students to their own schools.  It was an ugly time in that regard, and while we can argue to what degree racial discrimination has been ended (we’ve addressed that before, too) we can probably agree that things have improved from then, and that we do not want to go back to that.  However, the problem is that under law homosexuals are in essence the new Blacks, the group we are not permitted to segregate or exclude, not permitted to refuse to serve, because they are not ordinary men and women engaged in a disgusting sexual perversion, but newly-recognized genders whose different proclivities are ordinary for them and protected by law.

The upshot is that homosexuality is no longer defined as an aberrant sexual practice, but rather as a third (and fourth, and maybe fifth and we do not know how many more) sex, to be protected as women are protected, and any expression of a different attitude on the subject has legally been defined as discrimination.

One more word has changed its meaning significantly over the past century.  The word is wrong.

To say that the word wrong has changed its meaning is, well, wrong; it still retains most of the meanings it ever had.  The problem is that in jurisprudence the acceptable meaning of the word has shifted, and things which were once almost universally understood as “wrong” are not.  Not that this is news, nor even different–society has always been in flux concerning what it regards as wrong in the details.  However, there has been something of a fundamental shift, not a problem with what specific things are wrong but a problem with what constitutes “wrongness” itself. 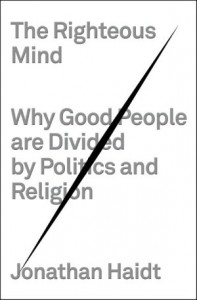 Jonathan Haidt has studied morality, and has written rather persuasively that the kind of morality we have in “Western Educated Industrialized Rich Democratic” (acronym WEIRD) societies is based primarily on one of six fundamental moral values that the rest of the world, now and from time immemorial, shares.  For progressive liberals, the moral value that matters is dubbed “care/harm” (making the lives of others better, not worse), although they also recognize a “liberty/oppression” value (the primary value recognized by libertarians, individual autonomy).  There is a third value, “fairness/cheating”, recognized, to which we will return.

Conservatives recognize these values, but also recognize three others that are embraced by most of the rest of the world (outside WEIRD areas).  These are “loyalty/betrayal” (what makes it wrong to be a “traitor”), “authority/subversion” (respect and obedience within a hierarchy), and “sanctity/degradation” (the notion that some things, whether churches or flags or sports teams, deserve respect, and others are perversions deserving disgust).  Thus for most of the world, yes, it is wrong to hurt others, wrong to oppress, wrong to cheat, but it is also wrong to betray your own family, to disobey your leaders, and to disrespect your flag or other culturally identified artifacts of identity.  These meanings are not completely lost on people–when someone says, “That’s just wrong,” he is probably tapping into this notion of sanctity/degradation.  However, progressives are so far from these understandings of morality that many of them consider them the enemy, obstacles to what genuinely matters.

I said we would return to the “fairness/cheating” value, because it is universally held but at the same time it is expressed in two distinct ways.  For progressive liberals, “fairness” is about equality of outcome; the ideal for them is the socialist model, in which everyone gets everything he needs regardless of how much he is able to contribute.  For everyone else, “fairness” is about proportionality, that you reap as you sow, that people who work harder should earn more, people who contribute more to society should get more from it.  Thus for most of the world, it is “fair” for potentially procreative heterosexual couples who commit to long-term child-raising relationships to receive benefits which enable that which are not available to others (e.g., tax breaks), but for progressive liberals–and for the current United States legal system and that of other WEIRD countries–it is unfair for such couples to receive such benefits merely because they are giving society a future population.

Christians are thus stymied in finding an appropriate legitimately legal response to what a century ago would have been universally recognized as a complete perversion of the legal system, because over time the meanings of these three words have changed.  To have said then that recognition of a procreative union between two members of the same sex engaging in sexual relationships is a perversion of that which is inherently sacred would have made perfect sense.  Today the words “homosexual marriage is wrong” no longer mean that.  They mean something like, “It is unkind to allow members of one sex to have the same rights available to those of other sexes regarding temporary relational partnerships,” which is not something anyone believes.  To Christians, the old meaning is still the meaning; to the progressive liberals and their legal system in western countries, it is akin to saying that blacks cannot function as free people and need to be slaves.  The world has changed, and expects us to keep up.

Yet as we have also previously said, keeping up with the world is not always the right thing to do.