This is mark Joseph “young” blog entry #43, on the subject of Novel Worlds.

This picks up from there.  Two of our three characters find themselves starting in new worlds in these chapters. 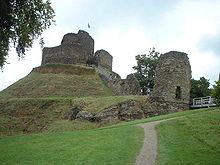 I was building Shella into a sorceress for no real reason other than that it gave me story and character development for Slade.  It turned out for the better in the long run, but at this point I did not see where it was going.  I recently read the quote (and I confess to being terrible at sources) that writing a novel is like driving home at night in the fog:  you can only see a hundred feet ahead, but you can make it all the way home.  That makes sense to me.

The “not bad, for an auto mechanic” line was important.  It was enough that Slade regarded himself a fighter, and was becoming one; I did not see him embracing a career in magic, and doing so would have made him too much like Lauren.  I needed him to think of magic as something he didn’t really do well and wouldn’t pursue seriously.

Having Shella there also gave me a side door through which to arrange Torrence’s marriage.  I wanted it to be something with which the modern Slade would be comfortable, but knew it had to fit within the concept of arrangements of the time.  Using the sister to introduce girls to her brother seemed the way to do it.

I found my way to get Slade out, and had tied up most of the loose ends to this point.  I did not know that any of these people would ever come back into the story, so the parting from Shella was a bit melancholy for me.

At the time I gave very little thought to what it was Slade was trying to do, that is, what spell he was trying to learn.  I don’t think I’ve returned to that, but it’s possible that I mentioned it again somewhere and have since forgotten.  Anyway, I’ll probably recall it in some future book.

I think the fact that Joe and Bob versed out in successive chapters was strictly coincidence here—I’d brought them both to the point that they were ready to go, and I had worked out where they were going, and found ways to move them, so it happened.

I wanted Lauren to learn the sort of “hyperspace” travel the werewolves used, as I was certain it would be useful to her in the future.  I had no idea just how much she would use it eventually, but here and now she needed to learn it.

In copying this chapter, I noticed that I’d missed a close quotation in the book.  It’s fixed in the online version.

I’m fond of grilled ham and cheese, and of cream of mushroom soup.  Tomato soup goes well with grilled cheese, too, but is a bit cliché, so I went with my preference.

I had eaten at Bookbinder’s in Philadelphia exactly once—treat of the executives of a company for which I had worked security, when I had to testify at a National Labor Relations Board hearing concerning the termination of an employee I had caught stealing from the company.  All I remembered, really, was that they had really good lobster bisque.  It’s also the only fancy restaurant in the city I know, but at least I knew it was there.

I created The Quest for the Vorgo as a world for a stripped demo game that ran very rough, but I found the world to be fascinating and reworked it for full game play; it was slated for release in The Third Book of Worlds, which is a work in progress.  It owes a lot to the wonderfully comedic Army of Darkness, and its idea of dropping a modern person into a medieval undead horror story.  I’ve used it for a lot of demos since I wrote this.

I was particularly interested in running Joe Kondor in it, because he was an atheist, and he would have to find naturalist explanations for the magic that permeates so much of this world.  I figured it would be fun, and there would be a sort of message in the very fact that in the face of all this magic he could maintain his persistent unbelief.

The opening of the world was also fun, because we have a group of magic-using locals who have just performed a ceremony which is supposed to call a “supernatural” deliverer to aid them, and the character appears in their midst.  I will never say whether he appears there because the spell worked, or they think the spell worked because he appears there, but generally people who land in this world take the bait and go on the quest whether or not they think the magic worked.

The names of these characters were invented quite off the cuff; the only one that has any real source is Dimtri, which I got by shortening Dimitrios, cover artist Jim Denaxas’ given name.  When I pulled the world together for game play, I did not carry the names into it, because they are not all that easy to remember.

The castle is on a motte and bailey design, but Kondor would not know that (and the reader probably would not connect the description to anything specific even if told that it is the design of the Tower of London) so I simply had him describe it.  The photo selected for this web log entry is a motte and bailey castle, but rather a smaller and more simple one than the one in the story.

The name mistake, Jo-suede Candor, was at the time intended as a way of intensifying the sense that these people did not think of him as human.  They did not understand the structure of his name.

The comment on the bed was on the thought that medieval life was not comfortable, that they had nothing like the comforts we take for granted.  Even when Joe was in Sherwood sleeping on a mattress he made from local materials, his bed was more comfortable than this one in the main tower.

In-game, players roll each time they enter a new universe to see whether they have moved to the next “stage”.  In the first stage they enter unconscious and awaken.  In the second stage, though, they arrive in a dream state, and the referee mixes bits of reality with bits of the past and whatever fantastic elements he wishes, much as the sort of dream you have when you are awakening but still dreaming and things in the room mix with the dream.  I wanted this to happen in the book, and Slade’s second world gave me an opportunity to experiment with it.

I created this world specifically for the book, although I later distilled the essential elements from it for demo games and was hoping to release it in a planned project of short world books called “Triple Play”, sets of three worlds that were of similar substance, this one one of three space settings.  That has not materialized.  I based a lot of this on the concepts of Blake’s 7; as I previously mentioned that my thief Filp was based significantly on Vila Reston, I also based characters here somewhat loosely on those characters.  I had run a Blake’s 7 world at least twice in playtest (after all, Ed always encouraged plagiarization for game play) but knew I couldn’t use it as it was, particularly as I think someone had been working on a role playing game for it about that time.

Kondor was surprised to find himself on a spaceship; Slade is similarly surprised, but his situation is different.

I gave the impression through Bethany’s dialogue that she and Lauren had fought vampires together before.  I already knew that Lauren was going to train Bethany when she returned in the past, but had not worked out any of the details of that.  When I got to that part in the second novel, it was something of a challenge to figure out how to make that happen.

The use of her psionic powers is becoming automatic for Lauren, which is going to matter eventually.

The hints are riddles.  I had by this point worked out what the paperclip, die, and marble each did, and found a way to create seemingly related riddles for them.  I still did not know what the acorn did, and had to make it seem as if Bethany knew but was keeping it secret.

I remember that when Ed ran this scenario he had his Bob the Ghoul (whom I have renamed Arnie) attack someone I knew—but I do not remember who it was.  I had Chris Jones’ character (known by the not very original name Shadow, I renamed the character Whisp in the rulebook) working with me, but I can’t now recall the details of how we found out about the attack, or who was attacked.

The particular fun at this point is that the summoners believe Kondor is a supernatural immortal—which in a sense he is—and therefore that he does not understand anything about being mortal—which of course is not true, he just doesn’t understand the details of their time and place and the nature of their enemy.  So it is difficult for him to make sense of the information, because they assume on the one hand that as the summoned deliverer he must know the problem and the solution, and on the other that as an immortal being he knows nothing about graveyards and corpses and the undead.  His situation is actually the reverse of that.

It would have made more sense for Kondor to send the emissaries sooner so that troops would be arriving the same day he returned with the vorgo, but he did not think of that.  This gave me more drama during the fight, though, because there would be reinforcements if the troops could hold long enough.

The wall was not envisioned as thick enough for an entry passage with arrow slits and murder holes; Kondor’s corral achieves something of the same effect, although less effectively.