This is mark Joseph “young” blog entry #347, on the subject of Versers Scrambled.

This is the eighth and last mark Joseph “young” web log post covering this book, covering chapters 78 through 86.  Previous entries in this series include: 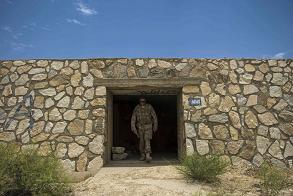 At this point I had two problems.  One was pacing; the other was bringing each of my characters to a satisfactory end for the book.  I still did not have worlds chosen for Slade or Beam, and was going to have to do one of them next, but I had at least two more Kondor chapters to bring him to the finish point, one more Hastings chapter, and probably one more Brown chapter.  I also had to decide who would be last.

This had been chapter 67 before the addition of the Takano chapters.

Sometimes in play one gets an idea for a world, and sends a player character there to see what might happen.  This was like that, only less so initially–I had the notion that Slade would return to a future version of the parakeet valley world, but I was not at all certain how far future.  My three notions were medieval, modern, and science fiction, but I was not seeing much of a story for any of these.  I put it to Kyler, and he said definitely modern, but perhaps not quite modern–mid twentieth century or even late nineteenth century.  The notion of our auto mechanic appearing in the age of steam appealed to me, so that’s where we went.

I had already decided that the version of the language he spoke would have become something known only to scholars, but would still be recognized as language.

This was chapter 68 until the Takano chapters shifted it.

I had originally thought to do most of this in retrospect, but remembered an editor friend suggesting that action was better, so I tackled trying to tell more of it as it happened.

Before the addition of the Takano chapters this was chapter 69.

I once saw a Doctor Who special in which one of the companions commented that her job was to say “What is it, Doctor?” so the Doctor could explain, and that there were only so many ways to say that.  I think of that as the Amir asks Kondor that question.

I pondered where to send Beam, and the best thing I could think of was a published world called The Industrial Complex.  The player on whom he is based was there when I was running him, and did some surprising things, so it might be a good direction for me.

Prior to including the Takano chapters this was chapter 70.

On the last edit I discovered that this was double-numbered Beam 54; there were no further Beam chapters in the book, so it just involved fixing this one.

At this point I decided I had to add the other character, so I began writing the Tomiko Takano stories.

I had originally written that Lauren did not sense any other versers, but was changing events such that Tomiko would be the girl on the curb, and that meant Lauren would detect someone but would not have time to learn more.

This was chapter 71 before the Takano chapters were added.

I had thought that I would be going directly from the report to the Amir to the defense of the shoreline, but then I recognized that there had to be some discussion about where the attack would come.

This had been chapter 72 until the Takano chapters were added.

I knew this would be the end of the book for Tomiko; I still had to write the last chapter for Kondor.  I had to integrate what Tomiko saw with what I had already written for Lauren, as the stories were now overlapping.  The other problem was exactly how much of this new world I should write, knowing that I was going to have to pick it up in another book.

Then, of course, I was going to have to interweave the dozen Takano chapters into the six dozen chapters of the main story.

The decision to place it here between two Kondor chapters was connected to the decision to switch the order of the final two chapters of the book, discussed in connection with them.

Even though I had only written four chapters of the Tomiko story, I expected this would be the last chapter of the book, as all the characters came to cliffhanger endings.

This was originally chapter 74, and the final chapter of the book.  The reasons for changing that are discussed in connection with the final chapter; moving it also meant placing the last Takano chapter before it, so I wouldn’t have two Kondor chapters in a row.

There was a question about whether when Derek got to the bridge a voice would say “Captain on the bridge” and some mechanical crewmen would snap to attention, or whether it would go as it did, with an artificially intelligent humanoid holding the position of captain.  When I got here, I decided that making Derek First Officer had a lot more potential for interesting story, including addressing why the captain has not maintained the education of the humanoid indigs aboard.

I swithered about whether this would be the last chapter, or whether Kondor would end the book.  I had considered Lauren as well, but decided against her at some point.

Originally I ended the book with Kondor 171, with this as the penultimate chapter.  However, when Kyler was reading the chapters he said that the Brown chapter was the best ending for the book, the best cliffhanger.  However, if I moved it that would give me two Kondor chapters in a row–which was remedied by putting the last Takano chapter between them, also having the benefit that it prevented me from going directly from Lauren throwing the child to Tomiko catching her.