This is mark Joseph “young” blog entry #343, on the subject of Worlds Explode.

This is the seventh mark Joseph “young” web log post covering this book, covering chapters 67 through 77.  Previous entries in this series include: 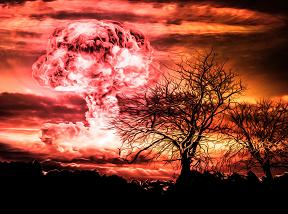 The ghillie suit idea seemed important to the flavor of the upcoming confrontation, and it at least had to be floated.  I also figured I could put some of their plans on the table before the event so that I didn’t have to say, oh, yes, Lauren had advised them to do this, or they had agreed to do that.

This had been chapter 57 prior to the expansion with the Takano chapters.

I reached what was supposed to be the climax of this book much too soon, despite having dragged my feet quite a bit getting here.  Still, I was here, and I was going to have to figure out what to do from here.

This had been chapter 58 until the Takano chapters shifted it.

I had suddenly had the notion that it might be possible for one of the versers to recognize Beam from earth.  I discussed it with Kyler, and he said it should be Slade, and I agreed.  I also decided on the lines Beam delivers about not being friends and sticking to his plan.

This was chapter 59 before the Takano expansion.

I kept trying to figure out the best perspectives for this battle, particularly as I wanted to give the impression everyone was involved but I didn’t really have enough for everyone to do.  I decided to go with Lauren, and focus on her two-front battle, fighting both the alien and the elemental, while giving fragments of the rest of the story through her eyes.

This had been chapter 60, moved by the inclusion of the Takano chapters.

I was trying to decide to whose battle view should I move, and as I looked at the outline I realized that it was an ideal time for Derek to take over the story for a bit.

I also had some ideas about what Derek should do here.  Unfortunately, they’re slow, dull, long-scale preparation ideas that should lead into the beginning of the next book, but hopefully I can make them interesting.

This had been chapter 61 originally, shifted when the Takano chapters were added.

I had left the battle in the middle, and was returning to it, trying to cover Slade’s fight with Dawn.  Everything was going to end very quickly here, and I was going to be faced with finding new worlds for several characters, but for the moment I just needed to get through this.

The inclusion of the Takano chapters shifted this from its original number of 62.

The notion of lucid dreaming struck me while I was musing about how to make this transitional chapter work, so I began with that in view.  I knew by this point that Tomiko was going to land in the same world as Lauren, and be there first.

The person who used to fly when he realized he was dreaming was me.  I haven’t done it in years, but there was a time when I did it fairly regularly, recognizing that I was dreaming and derailing the dream so I could lift myself into the air and fly over the countryside looking at the landscape below.

I was starting to worry about where to put this chapter, because I didn’t want it too far from the next one but I needed to get Tomiko into her next world before Lauren arrived, and Lauren was coming.  I decided once more to chop the main battle with a diversion, at a moment when both Lauren and Bob were caught in the act of dying.

I had worked out the ending of the battle already.  The problem was the timing.  I needed Lauren and Slade to die at exactly the right moment so that Dawn would not be able to prevent Zeke from getting a clean shot, but they would be off the battlefield.

This had originally been chapter 63, shifted by the addition of the Takano chapters.

It actually took several days to write this short chapter–not that I had started writing it, but that I couldn’t figure out what perspective to take, how to tell the story here.  I also was delayed by a day when I was under the weather, and a day when there was too much on my plate, but eventually I managed it.

Before the inclusion of the Takano chapters this was chapter 64.

At this point I knew how the book ended for Kondor, but that there would be at least a few chapters to get there.  I also knew what was happening with Derek, but had a question about the end.  I had not yet decided on worlds for Beam or Slade.  For the moment, I had to move Kondor gradually to his endpoint.

This was chapter 65 prior to the inclusion of the Takano chapters.

I was writing this chapter because I knew what would happen in this world, and it was going to be short.  I had even tentatively decided that she would be out of this world before the end of the book, despite the fact that there were a very few chapters remaining for everyone else.

Before the Takano chapters were incorporated this was chapter 66.