This is mark Joseph “young” blog entry #333, on the subject of Uncertain Worlds.

This is the fourth mark Joseph “young” web log post covering this book, covering chapters 34 through 44.  Previous entries in this series include: 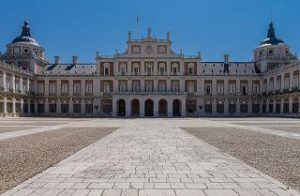 In order to write this chapter, I had to pore over Lauren’s character sheet and create a couple lists of her skills, which ones she would attempt to teach to whom, both psionic and magic.  Some of that would be visible to Kondor and some would not, but I needed it.

Once I had the list I had to decide how many days Lauren was teaching before Derek interrupted her, and then continue with the days thereafter that she was teaching Joe and Zeke in the Amirate.  I decided on five days for the first stretch before I started writing, but changed it to four while I was writing because I didn’t want to get that far ahead just yet.  Still, since I was covering a lot of time during which Beam was trying to get intelligence about them, I wound up concluding that Lauren would have time, at one skill of each type per day, to teach them everything she would have wanted to teach.

This was chapter 29 before the Takano chapters were included.

I was working with the lost colony spaceship concept, and of course part of the trope is that the indigs have lost all technological knowledge.  That was going to impact their actions, and Derek was going to watch them and recognize some of what was happening.  I included that here.  It also struck me that unless they had a computer-worship cult like I created in The Industrial Complex (in The Second Book of Worlds) they weren’t going to pay any attention to the computer terminals, and wouldn’t think twice about Derek accessing one or taking it apart.  I might yet use that other world for one of my characters, maybe Beam if I wind up writing more worlds for him, so I want to keep this one different.

This was chapter 30 before the Takano chapters were incorporated.

This was one of those chapters that didn’t really come easily.  I had put Lauren’s name at the top primarily because she had been neglected the longest at this point, and it was several hours before I thought of how to begin.  Once I began it, I went from there, but it was short, and I felt I was being pushed toward the climax of this story prematurely and needed to slow it down.

This was chapter 31 before the Takano chapters were added.

The big problem I had at this point was that I was trying to delay the climax of the book, but I didn’t have that much I could do with the Arabian story that would be interesting and not accelerate the final confrontation.  Kyler kept coming back to an idea, that the two groups should have a meeting on neutral ground, and probably have Slade and Dawn do a bit of non-lethal sparring.  I couldn’t see how this could happen without Slade losing someone, and I couldn’t afford for him to lose anyone because I needed the five-against-five confrontation for my climax.  Still, the idea of trying to arrange such a meeting had merit.

The ending about Shella dragging him off to dinner was a sudden inspiration for a way to get out of the scene.

Before the Takano chapters were incorporated this was chapter 31.

I could feel that the story of this world was coming to an end, with two or maybe three more chapters.  My two problems were first that I wasn’t entirely certain how this one ended, and second I had only vague notions of where she should go next.

I delayed this chapter in the insertion process as I didn’t want the process to seem mechanical.

I sat on this chapter for a couple days.  I knew that it was going to begin with the delivery of food, and that Derek was going to try to figure out a lot about their hosts by the food.  I was not sure how it was going to work until I finally just started and gave it its head.

I had originally intended to have Derek say something about how he generally trusted that the King would ensure that he found something he could eat and drink wherever he went, but I got sidetracked with the pyrogenesis and forgot.

This was originally chapter 33 before the Takano chapters were added.

I wanted to write this as conversation, but I started writing it when I was very tired, and wound up couching it as narrative.  I got through a lot of the information but decided I should just save it and see if I could rewrite it into dialogue when I was more awake.  I did that the next night.

This had been chapter 34 before the Takano chapters were incorporated.

The label went on this chapter entirely because Kondor was the character who had been silent the longest at this point.  I asked Kyler what should happen, and he said at this point he feels sorry for Kondor, who can’t accept the world as it is despite the evidence.  I know what he means, but to some degree Kondor demonstrates that for some people who don’t believe in God there can be no proof otherwise, that all the evidence can be explained.  I see him one day meeting a god, perhaps in the company of Slade, and having the god explain that to Kondor he can be explained as a very powerful being from another universe.  As long as an alternative explanation is possible, men like Kondor choose to disbelieve the supernatural.  I had a short-lived acquaintance with a friend of a friend who at that time had read as much C. S. Lewis as I, yet who maintained that he was an atheist.  After some discussion I asked why he was still an atheist, and he responded that he thought probably it was because he had made that choice and was staying with it.  To some degree, that’s who Kondor is.

It took quite a bit of thought to devise the notion that Kondor was going to experiment with his new skills; I’m almost embarrassed at how long I pondered what to write here.  Then it came together fairly easily once I had that starter.

Before the Takano chapters were added this was chapter 35.

My struggles with the Brown story included that I needed it to move but not too fast, and I wasn’t entirely certain where it was going or how to get there.  However, I had set up the notion that his superior computer was going to tap into the ship’s computer, and having him fall asleep helped with the problem of not wanting to say how long that took.

Originally chapter 36, moved to 42 by the inclusion of the Takano chapters.

I debated what kind of magic the witch would use to kill Tomiko, but as the scene developed it was quite natural for the witch to grab her face and stare into her eyes, and from there an electrical spell was both simple and obvious.

When I was integrating the Takano story into the other chapters, I had decided that I should insert the first after the second chapter of the book, as a good place to introduce her.  I calculated that her dozen chapters would fit into the seventy-four I’d written for the other characters by placing one roughly ever six chapters, although I did not want her last to be the last in the book (which it would were I to stick mechanically to an every-sixth-chapter framework beginning with chapter 3).  As I was doing the first edit in which I was inserting the chapters, I came to Beam 37 and thought it was too soon for the next Beam, so I placed Takano 7 after the original chapter 36 (instead of 38) to delay Beam a bit.  That also would have two other advantages, one that it would tighten Tomiko’s story enough that she wouldn’t have the last chapter, and the other that it would break the illusion that I wasn’t thinking about where to insert her chapters but just doing it mechanically.

I had been thinking for a few chapters about what Beam would do, and how he could obtain information about Lauren.  I’m not sure how it will play out, but I imagine Kondor becoming suspicious through practicing his mind reading on the ambassador, and the information being actually rather limited.  But we’ll see how it goes.

Prior to the inclusion of the Takano chapters this was chapter 37.