This is mark Joseph “young” blog entry #137, on the subject of Conservative Penny-pinching.

Over a year ago, I addressed the the notion that people who are against abortion claim to be concerned for the lives of the unborn up to the moment they are born, but after that they no longer care.  Then just over two weeks ago I was at a gathering where someone made exactly that claim, and I realized something–something I hadn’t felt when it was merely arguments on a page:  the assertion that people who are against abortion are unwilling to do anything to help the born is not only untrue and irrelevant, it is insulting.

Why it is untrue and irrelevant is covered in that previous article, web log post #9:  Abolition.  Because of the way the meeting dissolved then I was unable to call his attention to that response; knowing, however, that I would see him again, I printed it and delivered it to him two weeks later. 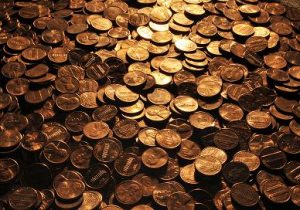 His response was civil, even friendly.  However, he kept saying that “they” were taking all the money away from helping people, from helping young girls who were just children having children.  I asked him who “they” were, and he said “conservatives”; I pointed out that the people mentioned in the article, working hard to provide assistance to exactly those people, were in the main “conservatives”, but his feeling was that it was not “those conservatives” but some other group of “right wing conservatives”.  Having worked with those people, I observed that some of them were certainly “right wing”.  Yet he insisted that there was this conservative effort to take money away from helping the people who needed it.  It was not at all clear just who was taking what money from whom, but he was certain it was being done, and being done by “conservatives”.

If we’re honest, we have to admit that there are a lot of people who don’t care about the poor, and indeed many of them are “conservatives”.  At the same time, many of them are “liberals”–I don’t see a lot of Hollywood millionaires giving ninety percent of their income to charities, or spending their evenings working in soup kitchens or at homeless shelters.  There are also a lot of people who do care, at both ends of the spectrum and through the middle.  Not every liberal politician who argues for aid to the poor does so because he cares; some do it because they want votes.  Wealthy liberals who call for more government spending on welfare programs are not really offering to give their own money to these, but suggesting that the government should give them more of yours.  Conservatives are wrong to think that all liberals pretend to care about the poor in order to use them to advance socialist and progressivist policies; yet it is equally wrong to think that this is not true of any.

However, in our conversation I couldn’t help feeling that, at least in part, he meant conservatives were taking money away from Planned Parenthood.  You don’t have to be too far to the right of left-wing progressivists to believe that the government should not be funding an organization that in turn promotes and funds the slaughter of children.  The argument has been made that Planned Parenthood spends none of its government-granted money on abortion services, but as we noted in post #2:  Planned Parenthood and Fungible Resources, no matter how they do their accounting it is evident that they could not spend as much on abortion as they do were their other programs not subsidized by federal money.  Certainly people who believe that killing unborn babies should be criminal are going to cut funding for any program that promotes the practice.  That does not mean that these people have no interest in helping pregnant teenagers and others struggling with unexpected pregnancies, any more than that those who want to bring an end to capital punishment and stop funding executions have no interest in stopping murders and other violent crimes.  You will say that it’s not the same thing, and in a way you’re right, and in a way you’re wrong.  If you tell me that grapefruit juice is not orange juice, you are certainly correct; if you tell me that because grapefruit juice is not orange juice it therefore is not citrus juice, you are mistaken.  It is quite possible to be very much in favor of a stated objective, whether it is helping pregnant women or reducing violent crime, and still object to a specific method of achieving that objective, whether it is killing unwanted children or terminating murderers.  It is quite possible to want to do something about a social problem without resorting to an extreme measure like killing people.  It is also possible to believe that such an extreme measure is appropriate and necessary for one type of problem but not for another.  The problems are not identical; only the solutions are similar.

Of course, some people argue that the unborn are not actually people.  To his credit, he did not suggest that; he rather suggested that they were unwanted human beings that should not be forced to come into a world that does not want them.  It strikes me that this is very like an ambulance crew saying they’re not going to take this injured homeless person to a hospital because he’s a worthless human being and he might as well just die anyway.  It is rather arrogant for any of us to put a value on someone else’s life, whether or not that person has yet smelled air.

Perhaps, though, he is not talking about abortion funding; perhaps he is talking about welfare.  In thinking about this issue I did a bit of research, and learned that the Federal debt is presently increasing by about one trillion dollars each year.  The population of the United States is a bit above three hundred twenty-five million, so that’s about three dollars for every person–every man, woman, or child, legal or illegal, in the entire country.  Of course, those who are in the country illegally aren’t going to pay that, and there is not much logic to expecting those who are receiving the benefits to pay part of that.  At some point we are going to have to stop spending as much or find a way to collect more.

So where could we cut it?

The total federal budget for 2017 is just above four trillion dollars–that’s four thousand billion (4.1472 trillion).  Sixty percent of that–about two trillion five hundred million–goes to what is loosely called “welfare”, that is, money that goes to taking care of people who can’t afford to take care of themselves, that “safety net” about which we are always talking (2.4971 trillion).  In fairness, the biggest piece of that–a bit less than one trillion–is social security (972.6 billion), which includes all those retirement checks and the federal disability program (and the salaries of the people who run it), giving a meager income to people who genuinely cannot or can no longer work.  More than a trillion goes to medical assistance, that is, Medicare (605.0 billion) and Medicaid (527.4 billion) including the Obamacare expansions, providing health services to people who cannot otherwise afford them.  Less than half a trillion goes to everything else we loosely consider “welfare”, social support services (392.1 billion).

It is argued that we should cut our outrageous military spending, but that outrageous military spending is less than a trillion dollars (0.8536 trillion), less than the medical care spending, less than Social Security.  We’ve been working on reducing military spending for a long time, and it is a much smaller portion of the budget than it was in the past–but in that time our “entitlements” and “welfare” programs have exploded to take the largest share of the budget.  Together, that’s over eighty percent of the budget; all other programs combined come to only seven hundred ninety-six and a half billion dollars, less than twenty percent, less than the military portion.  Saving money there is a bit like trying to make a package lighter by using less tape to seal it.

It is not unkind for me to cut my son’s allowance in order to pay the utility bill; he might think I should pay less to the utility company, but he would be upset if we said we couldn’t afford to run his video games or heat the water for his showers.  That national debt that’s going up another trillion dollars this year is very nearly twenty trillion already–sixty dollars for every person within our borders.  We keep saying that we’ll pay it off when things get better, but they’re getting worse and the amount is increasing like a bad debt owed to a loan shark.  Economists argue about whether it is bad for nations to go into debt, just as they argue about whether it’s bad for people to go into debt, but although we’ve at times managed to reduce the debt we have not paid it off entirely in a long time, longer than my lifetime, and the people who are lending us the money (what, did you think we borrowed it from God?) are beginning to think maybe we’re not so good a risk as they once thought.  Many economists assert that a high national debt depresses the economy, raises the prices of goods, and reduces the availability of jobs.  Somehow we have to reduce our spending.  It certainly is important for us to help the poor, but this ongoing forced philanthropy might not be helping so much as we want to think, and can’t continue at this level forever.

One way or another, there is going to be less money for those in need, because the way things have been going there has been less and less money for all Americans.  We laugh when in Fiddler on the Roof Nahum the Beggar complains to Lazar Wolfe about the smaller donation he gave this week, “So if you had a bad week, why should I suffer?”, but the truth is that when the rich have less money, everyone has less money, and when we make the pie smaller everyone’s piece gets smaller.  Not everyone can work; not everyone can contribute to the productivity of the nation–but if we don’t find a way to get more people working productively, there won’t be enough money for those who can’t.

Someone once challenged the original Mr. Rockefeller that his millions (which were then worth a lot more than they would be today) should be shared among everyone.  Rather than arguing the point, Rockefeller agreed, reached into his pocket, and handed the man a dime as his share.  If you stripped the top one percent of everything they owned and gave it everyone else, it would be a small amount divided so many ways, and there would be no comparable wealthiest people to rob the next year.  You cannot feed the poor by robbing the rich; you have to teach them to fish, that is, give them jobs, not money.  How to do that is much debated, but it seems that part of it has to be to reduce the amount the government is spending, and the obvious place to do that is where it is spending the most.

That hurts, but it may be necessary.