This is mark Joseph “young” blog entry #136, on the subject of Recounting Nonsense.

Many people are upset that Donald Trump won, or conversely that Hillary Clinton lost, the Presidential race.  There have been quite a few suggestions even now for how this loss could be turned to victory.  Not surprisingly, one of those calls is for several states to recount their ballots to determine whether, after all, Hillary might have won.  President Obama has brushed off such a suggestion, saying that the integrity of the system should not be questioned at this point, and the Clinton camp had decided not to pursue any recounts because they had no evidence of any irregularities.  However, a petition has now been filed in one state which Trump took which had been expected to go to Clinton, with announcements that two more are pending–and although Clinton’s people are joining in the petitions to protect their own legal interests, they are not the filers.

The irony is that the person filing these petitions is Green party candidate Jill Stein.  That is particularly ironic, because Stein’s candidacy is one of the reasons Clinton lost. 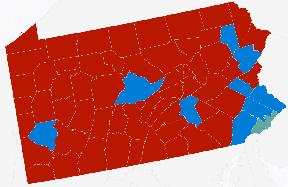 Take Wisconsin, a state in which the final count gives Trump 1,409,467 votes, 47.9% of all votes cast, and Clinton 1,382,210, 46.9% of all votes cast.  Libertarian Gary Johnson placed a distant third with 106,442 votes, 3.6%, and Stein was an even more distant fourth, 30,980 votes, 1.1%.  The Green Party stands to the left of the Democratic party, particularly on environmental issues, and had everyone who voted for Stein voted for Clinton instead, she would have received 1,413,190, about 48% of the vote, taking the state by an even more narrow margin than that by which she lost it.  Of course, not everyone who voted for Stein would have voted for Clinton, many of them simply not voting, others selecting other candidates–but it is at least arguable that Stein cost Clinton Wisconsin.

(It should also be noted that if everyone who voted Libertarian voted Republican instead, Trump would have had more than half the votes in the state.  The Third Party Problem impacts both parties, not always equally.)

It is overall a bad bet; Clinton must claim Pennsylvania, or she cannot overturn the election, and she must also claim either Wisconsin or Michigan.  Those two states together are not enough electoral votes to reverse the result, but Pennsylvania is not enough by itself without at least one or the other of those.  It could happen, but it’s very unlikely.

Stranger things have happened, but probably not this.