This is mark Joseph “young” blog entry #67, on the subject of Dizzying Democrats.

With the Presidential election looming and the primaries in full swing, it might be expected that there would be plenty of serious material for a political column; yet although I’ve published several political pieces over the past month or so, the race has fallen off the radar.  The problem is not that nothing is happening; the problem is that the entire race, on both sides, seems completely ludicrous.

Let’s look at the Democrats. 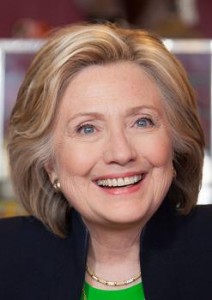 Before there really was a race, one candidate entered the ring and was expected to emerge with the Democratic nomination.  She was, of course, Hillary Rodham Clinton, former First Lady, former United States Senator from New York, former Secretary of State.  The Democratic Party machine wanted her.  Indeed, throughout the primary race there have been charges that party chairman Debbie Wasserman-Schultz was attempting to rig the system so that no one could seriously challenge the Chosen One they hoped they could claim was the first woman President of the United States–limiting debate opportunities to keep competition from getting exposure, scheduling the few debates for times when few would watch.  It was supposed to be a royal promenade to the nomination.

It has been anything but that.  Bernie Sanders entered the race.  He might not be winning, and there are still pundits claiming that he can’t win, but he has surprised and outperformed her repeatedly in this race.

What makes this the more ridiculous is that Sanders is not a Democrat, and the Democrats are not really supporting him.  He has always claimed to be a Socialist, who votes with the Democrats because they (at least theoretically) stand between his extreme leftist views and the right wing views of the Republican party; he is, as it were, allied with the Democrats, but not one of them.  Analysis of the primaries shows that he tends to attract independents to the Democratic primary–people who do not call themselves “Democrat” are signing up to vote for Sanders, and tipping the balance against the majority of regular registered Democrats who mostly support Clinton.  Sanders is in essence stealing the party by flooding it with ringers.

And it seems that the Democratic machine, devoted as it is to its “everyone gets to vote” philosophy, is helpless against this onslaught.

Worse, at least from the perspective of the old school Democrats, is that their candidate is in trouble quite apart from the race.  People want to write it off as a minor indiscretion, but it appears that the lax treatment of the security of top secret information in Secretary of State Clinton’s e-mails is, under the law, treason.  The investigation is ongoing, but it seems more likely than not that the government is going to have to indict her and put her on trial, and before she can become President.  It’s got to be a damper on a political campaign to have to conduct it while defending against federal charges, and that’s only assuming that she’s not convicted.  Clinton has this looming over her, and a lot of people are skittish about voting for her because of that threat, and because of the implications of the investigation.

It could go away.  The Democrats could in fact make it go away:  the President of the United States could issue a pardon.  Gerald Ford demonstrated that it was possible to pardon someone for any and all crimes they might have committed, without them ever having been charged.  Obama could simply decree that Clinton has been pardoned, and the charges vanish.  So, given how much trouble this has been, why doesn’t he?

It would be a bad move politically, because of the Nixon stigma:  as soon as the President says that she has been pardoned for any involvement in any kind of illegal activity while serving as Secretary of State, a huge number of people will conclude that he knows she is guilty and needs to be pardoned.  She already has a trustworthiness issue:  most Americans, and even a substantial number of Democrats, believe she lies constantly and will say whatever is politically expedient.  A presidential pardon will only confirm those suspicions, increasing the level of distrust.

Yet the machine is still trying to put her in front, and it might succeed.

So really, the Democratic party is in shambles at the moment.  Anything could happen, but probably the party leadership will not like it, whatever it is.

We’ll look at the Republicans later.