This is mark Joseph “young” blog entry #68, on the subject of Ridiculous Republicans.

In a previous post, mark Joseph “young” blog entry #67:  Dizzying Democrats we commented that both sides of the current presidential race are ludicrous.  We gave some consideration to the nonsense on the Democratic side, and promised to return to the Republicans.

So let’s look at the Republicans. 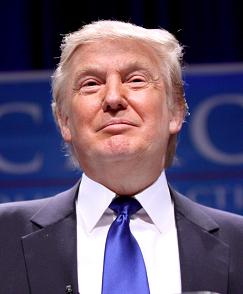 Despite his seeming popularity, it should be noted that most Republicans have been voting against him–if we compare the tallies of votes for Trump against “all others” combined, he never has the majority.  The professional politicians have all been doing what politicians do in these processes:  sniping at each other in an effort to emerge as the best of the rest.  The field has been shrinking, but it’s still too large for a head-to-head between Trump and “Not Trump”.  It is agreed that were the Republicans to unite behind a single alternative candidate, that candidate could defeat the loud-mouthed juggernaut and take the nomination.  The problem is, neither the remaining candidates nor the Republican voters can agree on who that ought to be.  The splintering within the party has resulted in disagreement concerning who truly represents Republican values–the right wing for whom Cruz or possibly Rubio are the best choices, or the centrist moderates for whom Kasich and Romney are the best remaining choices.  (Romney is not actually running, but it has been suggested that he could take the nomination in a brokered convention, that is, one in which no candidate enters with a delegate majority so negotiations work toward the selection of a compromise candidate.)

Some argue that Trump is not even a Republican–but that’s a problematic argument.  Unlike Sanders, who has always declared himself not to be a party member, Trump has never run for office and so never had to declare his party affiliation before.  Republicans in their current state constantly argue that various prominent party members are “Republican In Name Only” (RINO), and although Trump does not stand clearly for everything the party believes, he does oppose at least some of what the Democrats promote, and no one fits any party platform exactly except the people who write it, and usually not even all of them.  He says he is a Republican, and has persuaded enough Republicans that he stands for what they want to support that claim.  Republicans are not flocking to support Bernie Sanders; they are supporting Donald Trump.

Besides, it is not unknown for politicians to change their views or their party affiliations.  One of the best Republican Presidents in my lifetime began his political life as a Democrat and union organizer; by the time he was Governor of California, Ronald Reagan was a Republican beloved by the party’s conservative wing.  He, too, was an actor, although he did have government experience before running for President, and in fact had run and lost in the primaries previously.  People are afraid of Donald Trump, and what he might do as President–but many were similarly afraid of Reagan, and he not only did not start World War III he ended the Cold War, and there is at least evidence to support the claim that his economic policies sped the recovery and stimulated job growth.  Trump is not Reagan, but often the good Presidents are the ones no one expects will be good, and the ones expected to be good crash and burn.  No one expects Trump would be a surprise good President–but then, that’s the point of “surprise”.  I don’t know that I agree with Trump about much, but I am less afraid of him than I am of the extremist socialist policies of Bernie Sanders, even while I agree with Sanders on at least a few ideas.

So the Republican party nomination is still in the air as much as the Democratic, and the party leadership is struggling for that place of the appearance of impartiality that still allows them to guide events to an outcome they believe represents the true values of the party, and we are looking toward a highly polarized election which at this point looks like the exit poll question will be, “Whom did you vote against?”