This is mark Joseph “young” blog entry #65, on the subject of Being Married. 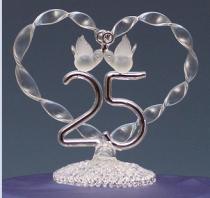 These young couples, they don’t know–
They just think we’re old.
We took the silver years ago–
We’re going for the gold!

I have often thought about writing a piece about being married.  My wife has argued that I am in no position to give people advice about marriage, and she has a point.  Ours has been a rough marriage from the beginning.  However, that beginning is now–well, these web pages stay up a long time, but as I begin this I note that we are closer to our golden anniversary than to our silver.  It has been a long time.  I have been married twice as long as I was single.

I don’t presume, though, to give you any insights I have learned for how to keep a marriage together from my own observations.  Rather, over the years I have heard a lot of advice, and I have found some of it to be quite valuable, incredibly valuable.  I do not remember where I got it all, but I’ll try to note those points I can credit.

I was developing this for a “permanent” web page in the Bible and Theology section of the site, but decided that that was not the best way to do it.  That’s partly because when I had eight points I kept thinking of a ninth and then forgetting it before I had the chance to write it down, and then while I was trying to think of it I remembered the one that falls ninth here, which I know is not the one I kept forgetting.  I conclude two things from this.

The first is that no matter how many things I remember and put in this page, I am going to miss something, something that undoubtedly helped me through one of the true rough spots in my life and marriage, and I’m going to wish I had included it.  I could hold the page until I died, and still not manage to include everything.  I thus hope these points will help you now, and perhaps before we reach our fiftieth (should we both live so long) I’ll post a few more.

The second is that I am not always going to remember all of these points–and neither are you.  Make note of them, come back and read them again (as long as we manage to keep the site online through your support), and think about them more than just on the read-through.  They are all worth remembering; they will all help keep your marriage together a little longer.