This is mark Joseph “young” blog entry #50, on the subject of Stories Progress.

This picks up from there.  Our characters are advancing in their efforts. 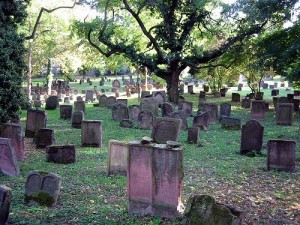 I took Slade’s cryptic comments in another direction with his statement that he’s died before and will do it again.

The concept of an “auto-mechanic” is very much a twentieth century concept, and while it’s not dead yet it probably will be if we keep going a few more centuries.  Thus I realized that the crew of the spaceship would be just as clueless regarding what an “auto-mechanic” was as the medieval adventurers.

The captain’s comment that the assassin Ishara has “problems with intimacy” is, as far as I recall, the only line of which my editor specifically said it was funny.

I also thought it likely that people in the future would have no understanding of smoking, and that faced with that Slade would realize that it can’t be explained.

The stuff in the small treasure chest was invented on the spot, as things I thought might have use as well as value.

I had imagined—not as much as envisioned—that in future books when Lauren trained Bethany in the past some of these magics would come into that.  They never did, although the trick with the die came to have plot significance in making something work when I painted myself into a corner with Merlin.

I still had no clue about the acorn.  I often wonder when I read books by others whether the author knew when he put the “shotgun over the mantel” how he was going to use that particular shotgun, or whether it was an “I can do something with that” moment, or simply a bit of serendipity.  This was a highly serendipitous “I can do something with that” object, and I stunned myself when I realized what I had given myself.

Kondor’s dream is dealing with the idea that the fact that you disbelieve something does not mean it could not be a reality.  It is easy to laugh at supernatural horrors when you know them to be fictional; it is much more difficult when they might be a reality.  Army of Darkness can fill the screen with horrors, but they are never real horrors for us, and we can laugh.

When he was in Sherwood, I spent very little time on the notion that he would learn their skills; but it seemed reasonable that having been there for years he would take a bit of time here and there to learn a few things outside his medical specialization.  He was, after all, also a soldier.  Thus the bow was a reasonable choice; at one time all English peasants were expected to learn the bow, and it was the weapon that defeated the French.

Because of Kondor’s skepticism, the explanation of the vorgo is a superstition, and he thus thinks that what is being done in that vein is wasted resources.  He tries to justify this based on the morale of the fighters, but at every turn he sees more problems—such as the fact that manpower is going to be used to move corpses to the pyre when it should be on the walls.

In technology skills, Multiverser recognizes that the level of skill necessary for various tasks differs in kind.  The ability to design a machine is the highest level, but there are people who are very good at building a machine from a design, even better at building than the designers, who could not create a design.  There are those who can modify a machine by looking at how it works and improving it, those who can repair a machine if it breaks, those who can (intelligently) sabotage a machine so that it won’t work properly, and those who can operate a machine with only a basic knowledge of how it works.  Slade is looking at star drives and gravity generators and particle weapons, and he cannot begin to fathom how these work—but he’s also looking at electrical systems and fluid and gas conduits and support structures, all of which are simple enough that he could fix a problem without knowing how that particular part of it makes the rest of it work.  Thus he has repair skills that can be used here.

The listening post raid is inspired by a Blake’s 7 episode in which they attack a Federation Outpost to get the latest code cipher machine.  It was an obvious type of mission for this kind of scenario, and I run it frequently in live games (although, as I think I mentioned, this world was created in this novel and only subsequently detailed for game play).  I had to remove the code cipher machine, as that was too obvious a connection, and I expanded the outpost significantly both to give me more room for my adventure and to make it different.

The line about Slade trying to decide “what medieval gear he should have for a raid on a space station” was another that my editor mentioned positively.  The image of an armored knight with a sword attacking a space station does have something of a lark to it.

The game system imposes limits on how much people can carry, both in terms of what can be lifted or carried while walking and in terms of how much will move with the person from universe to universe.  This latter limit increases over time, but particularly in the early worlds people who are pack rats have to consider what they really need to take with them.

It is also often the case that players wish they had gotten one thing or another in a previous world where it was relatively easily obtained, and Lauren is considering that aspect now.  She has sort of left it to the last minute, and while I might be accused of the convenience that she managed to think to do this shopping very shortly before she left this world (and I had at this point realized that I was going to have to move her before I’d used all the cool stories I’d developed in play), it is certainly the case that facing the fight she has planned she would be aware of the possibility of moving to another world in it.

The darkness was needed because without it there would be no explanation for how the undead were able to fight in daylight.  I don’t think I ever explained how it was done, but I attributed it to magic used by the specters, the most powerful of the enemy.

The eyesight adjustment was one of the key reasons for giving him that eye before.  I wasn’t certain where or when I would use it, but seeing in the dark was the point.

It is interesting that Joe thinks of the natural eye as the “good” one, and the cybernetic one as a substitute, not a real eye and therefore inferior, even though it does more and responds faster.

That the castellan regards Joe’s vision magical fits into Joe’s preconceptions about magic, that it is simply a word to describe what we do not understand.