This is mark Joseph “young” blog entry #16, on the subject of The New First Amendment Speech Delimiter.

The town of Gilbert, Arizona, recently had a local ordinance struck down by the United States Supreme Court in the case Reed v. Town of Gilbert, 576 U.S. ___ (2015).  Justice Thomas’ majority opinion was joined by Chief Justice Roberts, and Justices Scalia, Kennedy, Alito, and Sotamayer, and there were three concurring opinions, written by Alito (and joined by Kennedy and Sotamayer), Justice Kagan (joined by Justices Ginsberg and Bryer), and Breyer.  All nine justices agreed that the law was unconstitutional on its face, Kagan saying that it failed even “the laugh test”. 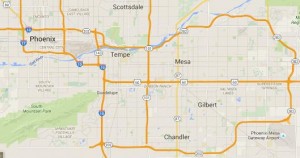 We might consider this odd, since the appeal came from the 9th Circuit Court of Appeals, which had upheld the ordinance saying it saw no problem with it.  That is significant, because the majority opinion inherently alters the face of first amendment law, although Kagan’s concurring opinion disagrees with that alteration–yet apparently the circuit court would not have been right anyway, which is part of the confusion here.

The problem arose because of a sign ordinance.  It is fairly standard for communities to regulate the posting of signs, both for safety and for “beautification”, the overall appearance of the community, and to distinguish signs into categories.  Overall, this particular ordinance stated that signs may not be posted without a permit, then gave twenty-three categories of signs that were exempt from the permit requirement, but gave different standards for different categories.  One of the categories is “Temporary Directional Signs Relating to a Qualifying Event”, loosely defined as public meetings of a non-profit organization, and the restrictions on these are rather strict.  Two other categories are discussed in Roberts’ opinion, “Political Signs”, which are intended to influence an election, and “Ideological Signs” which are intended to influence public opinion more generally.  The limitations on such signs included the maximum size, where they might be posted, when they could be posted, and when they would have to be removed.

The plaintiff and appellant in the case is a church whose place of meeting was constantly changing.  It was the practice of the church to post signs announcing the location of the Sunday morning service on Saturday morning and remove them around noon on Sunday.  The code, however, stated that such “Temporary Directional Signs” could not be posted more than twelve hours prior to the event, must have the time and date on them, and had to be removed within an hour after the event–and the town code enforcement agency fined the church twice for non-compliance with these regulations.  Trying and failing to reach some kind of accommodation on the matter, the church took it to court, and was twice rebuffed before receiving Certiorari, that is, having the Supreme Court agree to hear the matter.

In the first paragraph the opinion says that the categorization of the signs is “content based” and therefore will not withstand “strict scrutiny”.  This was where the Court differed from the lower level decisions, which concluded that the distinctions were “content neutral” and therefore faced only “intermediate scrutiny”.

At issue is the circumstances under which the government can regulate speech, and although here it is about speech in the form of posted signs, the opinion is such that it would apply to speech in all media.  In Constitutional Law, laws which might impinge on constitutionally-protected rights are subject to “scrutiny” of different levels.  “Intermediate scrutiny” in essence means that there has to be a definable government interest and the law must address that interest in a fair and balanced way that does not impinge unreasonably upon individual rights.  “Strict scrutiny” means that the government must demonstrate that it has a compelling interest in regulating the conduct, and the means of regulation is the least intrusive means of so regulating it.  Very few laws survive strict scrutiny once it is invoked.  That is, in fact, the reason for the Hobby Lobby-related cases:  a Constitutionally protected right was threatened in a way that forced the government to prove that its objectives were compelling and there was not a less-intrusive way to achieve them.

Traditionally in free speech cases the distinction has been made between “content-neutral” laws, which receive intermediate scrutiny, and “content-based” laws, which receive strict scrutiny.  Content-based laws are primary those that attempt to quash the expression of a particular opinion or which reveal specific information; if the government wants to block the publication of a particular article it has to prove that it has a legitimate compelling government interest in doing so and cannot achieve that objective otherwise.  An example would be a law that criminalizes the publication of classified documents, in which the government argues that such publication threatens national security.  It also extends to block laws barring discussion of particular topics–if the government wants to ban discussion of the commercial use of nuclear power, it thereby interferes with the marketplace of ideas impermissibly.  On the other hand, if a municipality wants to regulate how big signs can be, where they can be posted, and similar matters not related to what the sign is saying, that’s content-neutral, and always has been.

What the Court did in Gilbert, though, was expand the definition of “content-based”.  It said that because the the ordinance regulated signs based on the nature of the information they communicated–e.g., giving directions to temporary meeting locations, promoting candidates for election–and that the regulations distinguished different kinds of signs for different restrictions, it was inherently “content-based”, and therefore faced strict scrutiny.  The lower courts had not thought so, seeing these as content-neutral because they did not distinguish what group was meeting, or which candidate was being promoted, and therefore were unbiased in regard to content; the Supreme Court said that was a mistake.

So big deal, towns cannot regulate the placement of signs which give directions to church services and Alcoholics Anonymous meetings and Boy Scout picnics differently from other kinds of signs.  How does that matter in the big picture?  It matters because of that new definition of content-based speech.  In Springfield, Illinois an ordinance banning panhandling in certain parts of the city has been struck down because it is based on the “content” of speech begging for money.  A South Carolina statute that barred the use of “robocalls” for “political” and “commercial” topics but not others (for example, robocalls to alert families to school closings were permitted) has been invalidated because it is content-based.  The applications of the new definition of “content-based” are going to have far-reaching repercussions, one of the concurring opinions noting that a lot of Fedieral regulations concerning product labeling, safety notifications, and personal privacy are in jeopardy.

So our freedom of speech just got a bit broader.  We may be living in interesting times.

In addition to blog entries with the appropriate tags, see also the article Freedom of Expression.