This is mark Joseph “young” blog entry #142, on the subject of Characters Unite. 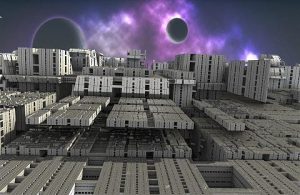 Lauren uses a telepathic thought projection skill to project a “pattern” of how to do this into the minds of her companions.  We have not seen the skill used before, but it makes sense that she would have developed it in order to teach the “inner powers” to Bethany.  It is even plausible that she learned it from Merlin, who taught some of the inner powers to her as well.

Technically, watching what someone does with their mind to do something is not the same as reading what someone is currently thinking—e.g., your brain controls your movements when you walk (to some degree—muscle memory is also involved), but when we think of reading someone’s thoughts we do not expect to pick up the way they move their feet to maintain their balance as they walk.  However, reading what someone does is technically reading a different part of their mind, so Derek is adapting what he just learned to a new application.

One of the lessons to which Lauren keeps returning is that the ability to do something is not necessarily the license to do it.  Joe begins to see that as he experiments with reading minds around him.

I realized about this point that this book was already considerably longer than the first—this is the twentieth chapter past the last number of Verse Three, Chapter One.  Although I knew that a lot of writers tended to have the books get longer as the series progressed, I also knew that I was going to have to bring this to an end soon.  Thus Lauren did not get to stay here very long, and I was beginning the final mission.

Lauren has a solid argument for why each of the three of them should be part of the mission.  There are other good reasons for it, that is, other skills they bring to the table that will prove useful, but she’s right in the basics.

In creating the problem of the incoming ship, I had to figure out how to make it something that the space station people couldn’t handle.  I would be a while working out why it was the way it was, but at the moment I merely had to describe the problem.

The good-bye to Raeph was an important scene to resolve Lauren’s involvement here.  She was not in this world long, but it was an important step in her view of herself and her world.  He would not matter again, but the fact that they had these few days would matter in her story in the future.

Lauren has decided that she can walk the twilight to reach the ship.  She does that by magic, and to do it she has to have a very clear unique image of her destination—we already know what happens if she gets it wrong, from the Camelot story.  So she uses her clairvoyance to search, trying to close on the ship in huge jumps, and then trying to get an image of something inside the ship.  We get to see what she’s doing, because Derek has already developed that “watch how this psionic skill works” skill.

The problem with atmosphere in zero gravity is one that people miss—convection currents which cause air temperatures to become relatively uniform happen because cold air is heavier than warm air, and as it falls it pushes the warm air up, creating motion and causing the air to mix.

The encouragement of having someone believe in you often has this aspect of wanting to be as good as they believe.  It here motivates Joe to do this well, and to believe he can do it, because Lauren believes he can do it.

I needed some kind of alien predator that would look frightening and not be a retread of something else.  I went with a dragon/lizard/snake motif.

Using the capture rod to crush something to death was invented at this point.  As far as I know, no one had ever used it that way, although it was Ed’s invention.

A laser scalpel as a tool for cutting something from a high-powered electrical circuit has the distinct advantage that you don’t actually touch anything with anything conductive.  That’s why he chose it.

Lauren has been thinking of this as a rescue; when Joe prepares for a fight, she realizes it’s more on the order of a raid, and she’d better be ready to fight.

Lauren thinks through a lot of reasons for using the capture rod as her primary weapon, but omits the most obvious one:  it’s in her hands, and she has no other way to carry it.

The difference Derek notices between his own response to the fallen bit of metal and Joe’s response is the difference between Joe’s trained combat mind and Derek’s minor experiences:  Joe quickly determined that the metal was not itself important, but that it might have been tripped by something dangerous overhead.  Derek is stuck on the object that fell.

The notion that pipes and cables constituted a sort of high-tech jungle canopy occurred to me here:  it provided potential habitat for the predators.

The idea of using an opponent trapped in the force field bubble as a club to hit other opponents was also new here.

Lauren is probably right about swapping the power packs:  if they trade, they change ownership.

The idea hit me that if you were generating gravity artificially and you had elevators, it would be logical to have the gravity generation decrease when you rose and increase when you descended, so that there would be no change in the feeling of movement.

This side trip to the galley was primarily because I needed to make the mission more difficult without cluttering it with a series of fights along the straight route.  Diverging to the galley in order to distract the lizards had an advantage in telling the story.  I wound up running them into a fight anyway, but it was considerably less like trying to fight your way through packs of creatures on the way to the bridge.  It also seemed a reasonable plan to lure the creatures away from their path.

I had the problem with Lauren that the three rods were all useful, but she couldn’t effectively carry more than one, and even that limited what else she could do.  Thus here she drops the capture rod, and is without it for the rest of the book.

I decided that creatures that glide would not do well in narrow vertical tubes with ladders.  They might have been in there when the gravity was out, but if so they’d probably have fallen to the bottom within the first ten minutes of struggling.