This is mark Joseph “young” blog entry #134, on the subject of Versers in Space. 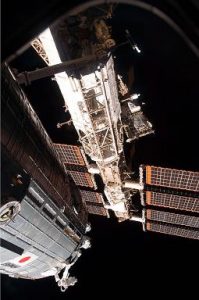 Joe has been building a tech base which I needed for the final adventure of this book, and since he was doing it in the previous world it flowed naturally as a continuation in this world.  He also has quite a few weeks to do it, which matters because his knowledge had to seem credible.

He realizes that the notion of jinxing your luck is a supernaturalist idea, and despite his rejection of supernaturalism he falls into that kind of thinking sometimes.

The disappearance of versers when they die is suddenly distressingly like the decay of vampires in the same situation—but it’s an entirely different process.  Horta was fooled, but he wasn’t entirely wrong:  he had killed Lauren, but she doesn’t stay dead.

The idea that Tubrok was so powerful he could survive being decapitated I think gave a lot more threat to him when he returns in the future in the third book.  He is dangerous already, and he will have many centuries in which to become more so.

Lauren has been a wizard for long enough now that her use of the mental cloaking skill seems second nature.  Derek wasn’t really aware of it because she didn’t have cause to use it in the post-apocalyptic world, but she used it extensively in Vampire Camelot and Vampire Wandborough, so she’s had lots of practice.

Lauren and Joe knew each other in the previous book.  As they meet again, part of this has to re-establish their relationship for those who never read that book, and part of it has to show their fondness for each other despite their differences.  They thus kid each other about their respective religious views while filling in the gaps since their last meeting.

Lauren has given herself a problem, and it’s a humbling experience to realize just how arrogant she has allowed herself to get.  It is an important lesson for her here, and she learns it.

I have Lauren at stage 3, although I don’t really describe it other than to say that she arrived fully awake.  I’m going to knock her back a couple stages in the shifts ahead, because I need her to enter the fifth book in stage two.  That’s rare, but it happens.

Raeph Williams is named for the composer, without the Vaughn in the middle.

Lauren’s explanation of her fear, that she would find herself in a position of using power over people to survive here, reflects the danger of being a wizard.  She has to learn to serve even though she has the power to rule.

Lauren’s strangeness is fascinating, and she’s about the right age for Raeph, so it seemed to me that a mutual attraction would be an interesting direction to take it.  She started in the first book so entirely isolated, and gradually she has been connecting to people—Bethany, Joe and Bob, Derek.  Raeph is an interesting character for this, because he’s not a verser and he’s not in any way extraordinary other than being brilliant at computers, but he’s good-hearted and interesting, and in a lot of ways he and Lauren mesh well.  So I immediately picked up how much he liked her.

Lauren treats Derek as one of her children.  It doesn’t matter that he’s aged a decade, he’s still younger than she is in every way and looks the part, and she to some degree raised him as a young verser; he is still on some level a twelve-year-old boy, and so he perceives her as a surrogate mother who rescued him when he was lost.  So they have that mother-son relationship, and it’s reflected in their interactions here.

Using a bit of magic to rejuvenate the ancient makeup was the first indication that at least some magic worked here, along with the psionics.  Psionics work well; magic at least works.

Twentieth century makeup techniques of the sort that Lauren would use are designed to enhance natural features, and thus they would be significantly cross-cultural.  She doesn’t have to learn much about how people of this world apply their makeup, because what she knows is good for enhancing her own features.

She notices that her one dress is more conservative than she would buy now, and that reflects how very daring she has become through her experiences.

Courtesy, too, would have some universal aspects.  Helping someone with a seat is an obvious and natural courtesy, as long as there are chairs that move.

It is always said that versers never go home, never return to their own place and time; yet for the reasons Lauren gives, that can’t really be known.  Of course, if you didn’t resume aging you would start not to fit, but that’s a separate question.  Lauren thinks she won’t get home because that’s what she was told by people who had been trying for a lot longer than she has been.  She doesn’t know it with certainty, and that makes a difference, because as she says tomorrow she might be back with her husband and her children.

I remembered in the first book my wife saying that she didn’t feel as if Lauren were credible because she was a mother who didn’t seem to miss her children.  I figured at this point the experience with Raeph would remind her of her family, and it would break out despite two centuries of separation.  Thus she cries.

I created the idea of a bed with controlled reduced gravity and temperature-controlled airflow in play long ago, and I like the concept so much it keeps reappearing in my space worlds.  Personally I am not certain I would be more comfortable in a warm breeze than under a blanket, but it sounds good.

The line about Joe marrying Lauren for her cooking fits the twentieth-century mindset they share, and also segues into Lauren’s concerns about her relationship with Raeph.

The distinction between the vows “as long as we both shall live” and “until death parts us” becomes important with the concept of a verser:  Lauren died, but she is still alive.  It is part of her dilemma.

Joe has never been married, probably never been in a serious relationship (army straight out of high school), but he thinks of marriage as a religious thing and therefore a superstitious idea.  A life-long commitment sealed by promises does not strike him as a practical practice.

I saw video phones at the Bell Telephone/AT&T exhibit of the 1964 New York World’s Fair.  A decade later I asked my father what became of them.  He said that there was insufficient interest in them, and since transmitting video required so much more data capacity than transmitting audio it wasn’t worth the effort to switch.  By now people do use video calls rather regularly via computer over the Internet, without giving a thought to the data transmission requirements.  I figured that that would be the norm for a world where large screen data systems replaced everything else, and it seems already to be happening well ahead of my expectations.

I also figured that the system would have the intelligence to connect the call when the intended recipient indicated she was there.

I have Lauren in that teenager courting situation.  There is a girlish giddiness about her in this situation—she hasn’t been the object of someone’s romantic attention for a long time, and she’s responding to it in ways she had forgotten.