This is mark Joseph “young” blog entry #128, on the subject of Character Gatherings. 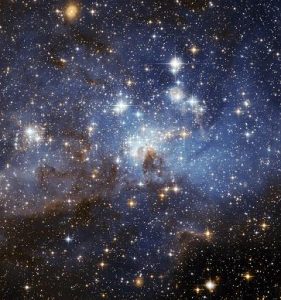 Morgana’s lesson about true power has its own value, but it also explains why she’s not a villain here.
The lesson about not revealing the extent of your power is very similar to the one about magic being more about what they think you can do than about what you actually can do.  It’s a good lesson, re-couched here to cover that which is not magic as well:  the reputation of strength can keep you out of a fight.

Derek notices the value of perspective, that an outsider sees similarities where an insider sees differences.

One aspect of Derek’s movements through TerraNova at this point is that it should increase the impression of how huge it is.

The reader of course recognizes Joe; Derek has never met any verser other than Lauren, so he reasonably expects to find her—and is quite reasonably surprised.

The comment about getting in trouble by carrying guns even when there weren’t any rules was supposed to recall the fiasco at the bank.

Once again Joe gets the advantages of learning about a new world from another verser who is already there and settled.

I had actually forgotten the aspect of sleeping in the daytime, but then, it’s probably because Lauren had changed her sleep schedule in the parakeet world and had not changed it again; plus the fact that in the Camelot and Wandborough settings it was not so simple to work at night and in the post-apocalyptic with Derek there was no reason for it.  I remembered it here, and wondered why Lauren had not been traveling by night, but of course it simply had not occurred to her, having adapted to a more normal schedule.

I liked the idea that she had been forced to stay awake until she told Bethany this.  I knew Lauren would die tonight, and the idea that God would not let her die without allowing her to convey that bit of information to her student had a lot of appeal.

Comparing ways in which they were killed is actually a common pastime of verser player characters.  After all, sometimes the stories are funny, and sometimes there’s an aspect of one-upmanship—a bit like comparing scars.

Eric Ashley advanced the notion that universes had weak walls in specific places that resulted in versers landing in those places frequently.  Although it might explain gathers, I always thought he was taking as evidence something that didn’t really happen:  referees will often use the same worlds, such as the Mary Piper worlds, for different players at different times.  Eric took that to mean that those characters were landing in the same worlds, but I took it to mean that they were landing in different worlds that were nearly identical to each other.  No one who ever landed in any of my Mary Piper worlds ever met an indigenous character who had ever met any other verser.

Derek at this point becomes my impartial judge between Lauren’s supernaturalism and Joe’s naturalism.  He will continue trying to make that decision for a while.  It gave me a new way to put the issues in front of the reader.

Ed had never run kids in his experimental games, or I think in any of his games, until he began playing with us.  I had always had the rule that my kids could join our Dungeons & Dragons™ game when they could read and write and add and subtract well enough to take care of their own character papers.  Ryan was thus nine years old when he started in Ed’s Multiverser experimental game.  Not quite certain what to do with someone that young, Ed used a botch to age the character several years.  Finding ways to age younger player characters has since become a part of the game, and I ultimately do that some for Derek, but at this point Joe knows nothing of that.  From his perspective, Derek will always seem twelve.

Joe’s insistence that you would have to prove the existence of magic before accepting any possible instance of it underscores the failure of that view:  he has faced magic himself, but does not believe it exists.

I was stalling Lauren’s chapter a bit so I could establish Derek and Joe a bit better in TerraNova before I brought her into it.

The grouping of Tubrok, Horta, and Jackson was carefully considered.  Lauren would from this know that she could not win.  She would know that anyone she fought in the future she could not kill in the past.  Then, though, that told her that Bethany was similarly protected—having been alive in the future, it could not be that she would die now.

I read about trinary computing systems in Omni in the early ‘80s.  Binary computers worked originally with on/off switches, and gradually were improved to charged/uncharged storage cells on a chip; we thus have millions of “bits” organized into “bytes” that hold the coded information for the computer.  However, the idea of a trinary system is that those same chargeable cells could be charged either positively or negatively, or uncharged, and thus where our binary bits are 0/1 our trinary bits are -1/0/1, or more functionally 0/1/2.  An 8-bit binary bite has potentially 2^8, or 256, potential values, but the same space converted to a trinary system has 3^8, or 6561, potential values.  Since computer speed is largely a question of how tightly you can pack information, this drastically improves performance, provided you can operate it stably.  However, the languages are completely incompatible, so an entirely distinct coding system is needed.

Biocomputers were also discussed in Omni.  They use something akin to RNA molecular coding instead of electrical coding.  Since they work on the molecular level, they are again an advance on miniaturization and thus a potential improvement in speed.