This is mark Joseph “young” blog entry #124, on the subject of The 2016 New Jersey Public Questions.

We previously gave a quick overview of the New Jersey Congressional candidates in #123:  The 2016 Election in New Jersey, and promised to return with a look at the Public Questions, two issues on which the voters are being asked to vote.  Both of these involve amendments to the New Jersey State Constitution, a popular topic for such questions since there are quite a few things that the constitution does not permit the state government to do without the immediate consent of the voters, many of them involving taxing and spending. 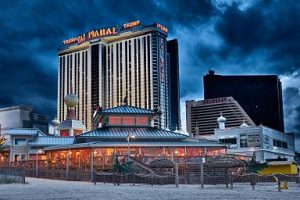 This appears to be a long-sought hard-fought compromise, and a bit of a history lesson is in order.

About forty years ago Atlantic City was dying.  It had long been a vacation hot-spot and convention go-to, but was fading.  Transportation had gotten cheaper and easier (despite the gasoline crisis of the seventies) so wealthy vacationers could easily visit Disney World.  The Boardwalk had been overshadowed significantly by Great Adventure and several other theme parks in nearby Pennsylvania.  Other tourist-dependent cities such as Las Vegas pushed for the convention business, and convention centers were springing up everywhere.  Meanwhile, the originally pleasant locale was becoming a dirty, crime-ridden city where tourists weren’t always safe.  The city had to do something.

Noticing that the state had made a lot of money running a lottery–the first concession to gambling as a legal activity beyond contests run by non-profit organizations–they pushed for permission to open a few casinos.  At the time, Las Vegas was the only place within the United States where casino gambling was legal, and that was far enough away that an east coast establishment would be a serious competitor.  There were a lot of concerns, including questions about organized crime, but ultimately the state agreed and approved casino gambling in Atlantic City.  It was a huge success which significantly benefited the city, in no small part because the law stipulated that Atlantic City would get the lion’s share of the tax revenue from the venture to rebuild its failing infrastructure.

It is still debated whether in sum casino gambing has been good or bad for the city.  Many of the jobs go to people in its suburbs.  However, it has become an established part of the world, and many east coast states have followed suit, opening casinos on a limited basis.

Two things are evident in the information presented on the ballot.

The less important is that no city within seventy-two miles of Atlantic City will be permitted to have a casino.  That means that it is more than an hour’s drive between them, although it also means that some people will be within perhaps forty minutes of both locations.  That distance excludes Camden; it excludes Jackson Township, home of Six Flags Great Adventure.  It appears that it might permit a casino at the very tip of the western end of Salem County in Pennsville, but is intended to help the northern half of the state.  Seventy-two miles might allow one in Asbury Park, north up the coast, Freehold, and of course just about anywhere north and west of that arc, including Trenton, Newark, and nearly all of what is called “north Jersey” by people who live at least as far north as Burlington County.  (People who live down here by the Delaware Bay tend to think that Camden is in North Jersey–it’s clear up across the river from Philadelphia.)  Clearly the new casinos are intended to benefit the northern half of the state at the expense of the southern half–which is why it was such a fight.

The more important aspect of the amendment is that a signifcant amount of the tax money raised by these casinos goes to Atlantic city for the next quarter century.  This should minimize the impact of losses there, in what we might think the short term, and is undoubtedly the compromise there to reduce southern opposition.  The total amount of revenue from casinos should increase, and the amount going to Atlantic City should also increase.  The revenue is also intended for property tax relief for the elderly and disabled.  There is also a provision to assign some of the money to aiding New Jersey’s horse breeding industry, for both thoroughbreds and standardbreds.

Of course, the host cities will also benefit from the increased tourism revenue–people who come to casinos also sometimes see the sights, eat in local restaurants outside the casino hotel, and otherwise spend money in the area.  Property taxes on the hotels also go into local, not state, coffers, so there are significant benefits here.

The law apparently gives preferential treatment to those already operating casinos in Atlantic City; they have half a year to produce proposals for the new sites before bidding is opened to others.

There are quite a few who oppose the amendment, mostly because it is vague leaving too much to the legislature and giving too much influence to those running the casinos, although some have suggested that the present model for casinos in New Jersey is not working and expanding it to include northern locations will only complicate that.

The text of the amendment is available on Ballotpedia.

Remember that abrupt increase in the price of gas this past week?  That’s the new tax passed a while back now coming on line.  The government who raised the cost of gasoline did so because the Department of Transportation is, frankly, broke–they can’t afford to maintain the state-run roads and bridges and tunnels, and are facing serious layoffs.  Tolls were increased on our few toll roads, but the revenue from that is relatively small next to the costs, and the limitations on the use of that money leaves a lot of roads in serious trouble.

The complication is that the government can authorize the tax, but not restrict the spending.  They are now collecting more money on every mile we drive, and on the petroleum industry generally, which is going into the general budget.  It can be used for transportation, but it can be used for anything else.  Supporters of the amendment claim that this puts that revenue it into a “lock box” that goes directly to the Transportation Trust Fund, and so can’t be raided to pay for other programs (New Jersey governments have raided state trust funds in the past, only to find that money wasn’t there when it was needed.)  The amendment also dedicates that part of the tax on diesel fuel not already bound to transportation to that fund.

Opponents have several arguments.  One is that this Transportation Trust Fund doesn’t pay solely for roads and bridges, but also covers mass transit costs such as rail lines, and the government is hoping to spend a lot of money on those.  It is also noted that a law has already been approved which permits the state to borrow a lot of money for transportation projects–about three times the anticipated revenue–if the amendment passes.  As with Question 1, they say there are too many holes in the proposal, too many points on which the legislature would be given a lot more power than the voters anticipated.

It is also to some degree seen as asking the voters to endorse the recent 575% increase in the state gasoline tax–from four cents per gallon to twenty-seven cents per gallon.  To be clear, that tax does not get rescinded if this question does not pass; it is merely a question of whether the revenue from it will be limited to use by the Department of Transportation or available for the legislature to use however it wishes.

It is also worth noting as an aside that the same law that authorized the gasoline tax also reduced several other New Jersey state taxes, including (in 2018) a slight reduction in the sales tax.

Again, the text of the amendment is available on Ballotpedia.

Although the arguments that the proposals are incomplete is a sound one, on balance Question 2 seems to be an important control on the use of the money from the gas tax, despite concerns that government officials have some pet transportation projects they want to fund from it.  Question 1 is more difficult, but seems to be a reasonably fair compromise that should in the short term increase revenue to Atlantic City, help two as yet not selected northern cities, and resolve the long-standing conflict concerning casinos elsewhere in New Jersey.