This is mark Joseph “young” blog entry #113, on the subject of Character Movements. 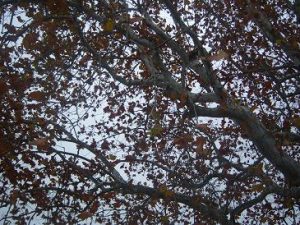 The early obstacles to teaching Bethany may illustrate the principle that the more clearly God indicates His intended direction for you, the more problems you are likely to encounter along the way. Lauren is pretty sure that she is here to teach Bethany—she even told Pack Mother Ferenna as much—and so she realizes that she is ill-equipped for the task, Bethany’s father is resistant, and Bethany knows very little initially.

I wanted Derek to leave the compound, but I had no idea where he was going to go.

Meesha was, I think, based on a character of that name (or one very like it) played by Margaret Morano in the Gamma World game from which Starson and Qualick originated. It was with Meesha that we learned the limitations of the game’s version of telepathy—she could not “speak” to us without being “heard” by anyone within range, but if we sent her ahead to scout she could not call to us once out of range.

I got the name Holger from someone who wrote to me about time travel theory in the early days of the temporal anomalies web site. The character was invented. We had had the practice in those early games that humans always had given names and surnames, but mutants, whether human mutants or animal mutants, had single names.

The name “Cavalier” was probably because we played a Gamma World adventure in which we sought, found, and captured a compound known as “Samurai”. It, though, was partly under water, and the name was a pseudo-acronym for something I no longer remember.

I found my next step for Kondor: his raygun got attention, and he was being investigated. It was a hook to move him forward into something else, which still needed some detail.

I think I had some vague notion that “N.I.B.” stood for something like “National Investigations Bureau”. The thing is that FBI agents never identify themselves as “Federal Bureau of Investigation”, so all I really needed was the letters that the agents would use assuming that anyone would know what they meant.

I had a side problem. In the first book, Bethany implies that she and Lauren had fought vampires in the past, and now I was in that past and had to make that a reality—but Bethany at this point is the teen daughter of a widowed father who wants to see her live an ordinary life, and Lauren doesn’t know where the vampires are. I did not see them attacking Wandborough—apart from the fact that I would be repeating a scenario I’d already run, there was no logic to the raid deep into werewolf country, and less with rumors of the famed sorceress in the area. I also had to stage an encounter that Bethany would survive, even if Lauren were killed. So I was exploring options, trying to work out for myself where the vampires were and how to make this happen.

The comment on the verse about the fool is another of those that I included because people get it wrong. The psalmist did not mean that all fools are atheists or that all atheists are fools. Rather, some people are foolish enough to act like there is no God because they don’t really believe that there is a God, or that God matters, or at least that’s what they think. Thus they do things God would condemn, because they don’t really think He knows.

None of the creatures in the encountered group came from anything I remembered. Gamma World had a multi-legged horse, which is the nearest thing to a source for the six-legged bull. The “porcuperson” was my own idea here.

Again, as I did with the magic coin in the first book, I buried the one item that mattered in a batch of others—this time the porcuperson. The others are all mutants, but I gave them very little thought, using them primarily to fill the group.

I might have ended Derek’s time in this world here, but it would have felt like an abrupt interruption and I wanted to resolve this part of the story, not merely make it feel as if I’d moved him out of the school so I could kill him.

The “blue card” was based on a “green card”, which I assume has a different name but is generally just known by its color. I figured they would have something like it in this world, but that it would defy the odds for it to be the same color.

Federal investigators pursuing a claim by a military surplus store manager that someone showed him a ray gun was a bit of a stretch, perhaps, but I tried to accept that it seemed unlikely and give it some plausibility.

This is also when Lauren tells Bethany to meet her in Philadelphia. It’s a predestination paradox, but it works.

If memory serves, the part about Lauren blocking memories was back-written. In a later chapter Lauren causes someone to forget she had entered a room, and she does it casually and easily; I needed to lay the groundwork for that, so I found a reason for her to learn and use that ability.

The road trip was created to give me some action in this story, and to move Bethany to the Camelot area for the longer story arc concerning Merlin.

I had thrown some new characters into the story, and I needed to characterize them. I decided that Holger, the crack shot with the laser rifle, would be the kind of person who objects to attributing something to luck that was the result of good planning and skill.

Gamma World had sects of various kinds with their own philosophies about the world. I don’t remember the names, and invented this name, “progressivists”, to fit the philosophy of those who think mutation is the path to the future.  I was not writing political articles at the time, and did not see a connection to the “progressives”, the liberal wing of the modern Democratic party; I leave it to the reader as to whether such a connection might be made.

When I gave Derek the darts, I wanted him to have another weapon for the final scenario; I did not realize how significant the darts would become in the third novel.

Derek was also going to need tools, and a compact futuristic toolkit was just the thing.

I think this is the first time I’ve mentioned Derek using the tent and sleeping bag he got from Bill; it suggests that he used it regularly on this trip, though, and this really is the first chance he’s had to do so.

Kondor’s simple explanation for having gotten the gun on a spaceship and then wound up here omitted the part where he was the one who picked up the vorgo all those centuries ago; that was a complication he had not considered when he went for the short and simple version.

It might be stretching the concept, but it seemed not unreasonable for a government agency sending a team to investigate the possibility that someone had a ray gun to include on the team someone who might be able to recognize such a device if he saw it.

I decided to give Einstein’s work in this universe to my artist friend Jim Denaxas (who did the cover of the first novel) because I needed an uncommon name. The names “Sabrins” and “Cordikans” were created to sound like nationalities.

If the government really believed someone had been in contact with technologically advanced aliens, that would be a security concern and they would be at least sequestered until some determination could be made of what they knew. Thus I think it reasonable that they would take Joe into custody here.