This is mark Joseph “young” blog entry #96, on the subject of Federal Non-enforcement.

Someone mentioned recently that he and a mutual friend were planning to start a business.  The friend was going to liquidate his inheritance and together they were going to move to Colorado and become farmers.

If you’re planning to become a farmer and moving to Colorado to do it, your intended crop is pretty obviously marijuana; he did not have to say so.  I pointed out that there were some hazards with such a plan because although marijuana has been legalized in Colorado, it is still illegal at the federal level.  That has impact on a number of aspects of running a business, most notably the banking, since all banks are federally regulated and they are quite reasonably concerned about violating regulations intended to thwart drug trafficking.  It isn’t just that you can’t get loans; it is difficult to get business checking accounts.

His concern was what would happen if a Republican won in the fall, and that is certainly a concern; there is, however, another significant concern which might well matter regardless of who becomes the next President of the United States. 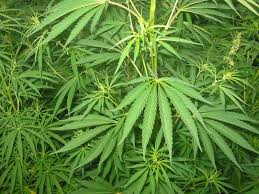 The concern about the Presidential election is certainly obvious.  Federal drug laws related to marijuana production, sale, purchase, and use are not being enforced in Colorado because the Chief Executive has decided not to enforce them.  There is some merit to this decision, since we have a definite conflict of laws situation and part of the concept of the federal/state divide is that states become experimental petri dishes for solutions to problems.  In that sense, letting Colorado experiment with legalized marijuana as a solution to part of the drug trade and associated crime is a very American approach.  The next President might decide otherwise, though, and then enforcement will resume.  However, the question is raised as to whether the President can turn a blind eye to violations of federal law in any of the states.

That question has already been raised in a different context.  The same administration that has decided not to enforce federal drug law in Colorado has also decided not to enforce certain aspects of federal immigration law, and quite a few states particularly in the southwest have sued in federal court–and thus far, the states seem to be winning.  If the President can’t pick and choose what laws to enforce in relation to immigration, he probably can’t do so in relation to drug law.

However, already several of the state’s neighbors have done so.  They claim that failure by federal agencies to enforce federal drug law in Colorado has resulted in illegal drugs crossing state lines more readily, and given them more trouble with their own drug enforcement efforts.  That has not progressed far, but the concept is the same:  can the President of the United States unilaterally decide not to enforce specific federal laws in specific ways or specific places?  Can the executive say no, we will not enforce federal drug policy in Colorado, and we will not enforce federal immigration policy in the southwest?  The courts are already saying no to the latter; the connection is obvious enough that they will probably say no to the former.

If they do, it won’t matter who becomes the next President of the United States:  the federal courts will decide that Colorado can’t prevent enforcement of federal drug law within its borders, and the federal executive cannot choose to ignore those violations.

It might turn around, but at this point the two policies are almost certainly going to be linked, and in a way that decides the degree to which the President of the United States can decide what laws actually get enforced and which ones can be ignored.  It is a dangerous policy to give the executive that much power, and the framers of the Constitution seem to have tried to avoid doing so, but you can never be certain which way the courts will go or on what basis they will make their decisions.

For myself, I would not bet on the Colorado experiment escaping federal intervention for more than a few years, unless Congress decides to change federal law.

One thought on “#96: Federal Non-enforcement”