This is mark Joseph “young” blog entry #308, on the subject of Assembly Candidate Edward Durr Interview.

I received a letter from Edward Durr, seeking my support for his candidacy for New Jersey State Assembly in the 3rd Assembly District.  It was one of those fortuitous mistakes–he was contacting churches, and Google Maps somehow has determined that there is a church at my address.  Yet as Chaplain of the Christian Gamers Guild I am in a real sense clergy, and TheExaminer never, to my knowledge, revoked my title as Newark Political Buzz Examiner, even though I no longer write for them–I simply don’t submit articles, and since I don’t do that I don’t get paid for them.  However, as I sent Mr. Durr an e-mail to explain the mistake, I recalled that in 2015 I published interviews with several New Jersey candidates for House of Representatives.  Although I am not actively going to attempt to contact all the candidates for State Assembly in this election cycle (with eighty seats and two party candidates plus some number of independents for each, there must be near two hundred of them), I will commit to interviewing any candidate for state office who contacts me.  Mr. Durr was pleased to do so, and I sent questions within a couple days which he answered promptly. 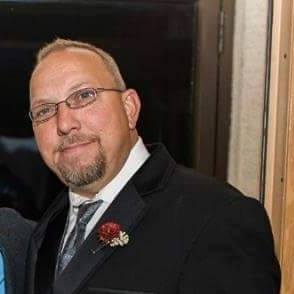 Thank you, Mr. Durr, for taking the time to answer a few questions.

First I want to thank you for taking the time to do this and provide me the chance to share with your readers my position.

Next I want to take this time to wish you and yours and Happy 4th & may it be safe.

You are running on the Republican ticket for New Jersey State Assemblyman in the 3rd Assembly District.  Looking at the map (correct me if I’m mistaken), it appears that this includes all of Salem County and parts of Gloucester and Cumberland Counties including the cities of Glassboro and Bridgeton. I’m assuming you live in the district; have you lived here all your life, or when and why did you come here?

Yes you are correct about the counties and district.  Yes I live in the district however I grew up just a little north of where I live. I was born and raised in NJ and grew up in Gloucester city where I lived til I was 18 when my parents moved where they live now in Logan [T]wp.

Two years ago you ran for that seat as an independent, and did fairly well for an independent in a heavily party-oriented state, drawing about one half of one percent of the vote.  As far as I can tell you have no other political experience.  What prompted you to run this time?

I ran as Independent in 2017 because I jump[ed] into it after primary so I was made to list that way.  I decided to run again because I still believe NJ can be turned around.  Yes it is true I have no political experience but I do not think that should be considered a negative.  So I approached the NJGOP end of last year letting it know I wanted to run again and they welcomed me in giving me full endorsement.

Although in national politics district 3 has been something of a swing vote (supported Trump in 2016, Obama in 2012), Democrats have rather solidly held the Assembly seats for quite a while.  One of your incumbent opponents has been in the Assembly since 2001, and the other has been there since he was appointed to replace a predecessor in 2015.  In 2017 the incumbent Democrats defeated their Republican opponents by a three-to-two margin, and while incumbency certainly has a lot to do with that, an unknown Republican candidate has an uphill battle here.  What prompted you to run as a Republican?

I am conservative so only natural for me to run as [R]epublican.  I believe in fiscal responsibility I am firm believer in the constitution and all it entails including the right of self defense including the owning and bearing of firearms.  Yes I am fighting an uphill battle but I believe my fight is needed.

Online information suggests that you have worked as a carpenter and a truck driver, but is a bit sketchy otherwise. What about your experience do you think qualifies you to serve in the State Assembly?

I have had a number of jobs over my life.  It is true I am not a lawyer or doctor or have a PHD but I do not think that is needed to understand that our state is in trouble.  Look at all the lawyers and doctors and executives in Trenton and consider the job they have done I think maybe we should not worry about degrees so much.

I’m going to ask you about three issues you listed on Ballotpedia as your top priorities.  The first is cutting taxes, which appears primarily to mean reducing property tax rates.  As I understand it, the State spends every penny it collects and is not permitted to borrow money without approval by the voters.  That means to reduce taxes you have to reduce spending.  Do you have any specific ideas on how to do that?

Yes I believe we need to cut taxes.  I believe home owners are in desperate need of tax relief.  Yes we have many pork items in the spending and should be cut.  Lets go with first no legal aid for illegal aliens or free college aid.  I also do not think we should be funding Plan Parenthood.  Tax payer money should not be used for abortions when as a society we are split on issue.  [It w]ould be like funding the NRA when many citizens are not in favor of guns.

Second on your list is concealed carry for law abiding citizens.  Our State has quite a few locations in which gun violence is a problem, and it is growing–I recently read that there was a drive-by shooting in so small a city as Vineland.  Why should we permit concealed carry?

I believe the 2nd amendment says it all[:]  “the right of the people to keep and bear Arms, shall not be infringed”.  The constitution is for all 50 states, name me another amendment that we need to pay to exercise or be told from state to state what we are allowed.  No man has the right to tell me how I should defend myself, my family or my property.  It is not why we should allow, we already have the natural right of self defense by any means, spelled out in the 2nd amendment.  It is why we should stop infringing upon people[‘]s rights.

Perhaps the most controversial of your positions is support for a Heartbeat Bill, which has passed in some of the more conservative states, essentially saying that an unborn child is a person protected by law as soon as there is a detectable heartbeat.  If my information on fetal development is correct, that is generally about the twenty-fourth day of pregnancy, which would make abortion for practical purposes impossible, save for methods which prevent implantation.  Do you think this position has popular support?

Yes the topic of abortions is very controversial but that does not mean we should not discuss it.  The states that have passed the #HeartBeatBill use the guide lines between 8 & 12 weeks the heart is detectable.  I feel this allows those who are against abortion the comfort of curbing abortion while not outlawing it altogether. Abortion is not healthcare.  I do think the democratic party [] went too far with abortion so I do feel my stand on having a #HeartBeatBill is reasonable and would have support.  When Roe v Wade was passed it was intended for 1st trimester which is about 12 weeks I believe and rare after that.

Perhaps connected to that, you were contacting churches in the area for support for your candidacy.  Some would say that churches, as non-profit organizations, should not support or endorse political candidates; others would say that to have a voice in the political world Christians need to be politically organized, and their churches are the best starting points for that.  How do you view this disjunction between church and state?

First I want to say that people always go to separation of church and state.  That statement was taken from Thomas Jefferson and what he was actually intending was that he wanted government to stay out of people’s religion.  If you recall in England Henry VIII created the church of England when he could not get his way with the pope.

Plus no one seems to have issue with non profits like Plan[ned] Parenthood or SPLC or AARP pushing their political interest.  So yes I think churches do need to start getting involved.  They have every right just like others to make their voices heard.

What else do you think the voters should know about you, personally, or your positions politically?

I believe things need to change in Trenton and the only way that can happen is if the voters make the change.  People talk all the time about “term limits” yet they continue to vote the same people in year after year.  What is the definition of Insanity:  [“]Doing the same thing over and over and expecting a different result”.  I want the voters to know I am not looking to be a ruler, I want to be a voice for the people.  And I promise I will work hard for every one to make NJ better.

You appear to be running alongside someone named Beth Sawyer, about whom there is even less online information than about you.  She slightly outpolled you in the Republican Primary, but has no other reported political experience.  Do you know her or know anything about her that you would share with the readers?

Yes I have met Beth and she is a nice person.  I did not know her before the primary, I really can not tell you anything about her except I know she is in real estate.

If readers want to know more about you or want to contact or support you, what are the best means to do this?

Thank you for your time.

I thank you for this opportunity and hope to hear from you again.

As previously said, I am not seeking candidates, but will gladly interview any candidate for state office who contacts me.  Facebook is the most efficient means of doing so.