This is mark Joseph “young” blog entry #430, on the subject of New Jersey 2021 Tentative Election Results.

The 2021 election was not without its surprises, although it was not that surprising. 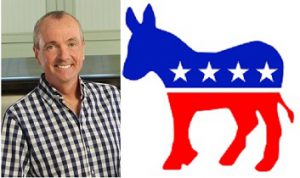 In the category of expected, both houses of the legislature are still controlled by the Democratic party.  However, Democratic Senate President Steve Sweeny, who has been in the Senate since 2001 and served as its president since 2009, lost his legislative seat to Republican Edward Durr, whom we interviewed when he ran (unsuccessfully) for the Assembly two years ago.

As of Wednesday night (11/3) the election was called in favor of incumbent governor Phil Murphy.  However, with only 90% of estimated results reported, a lead of less than 1%, and a mere twenty thousand vote difference, it is likely that there will be a recount.

If there’s more news on the gubernatorial race, we will return with it.