This is mark Joseph “young” blog entry #303, on the subject of A Nightmare Game World.

I had a dream, a very strange dream, in which I was apparently trapped in a very strange world.  I think that if I ran this world in a game, people would be frightened, and so I’m calling it a nightmare–although oddly even when I was running for my life I wasn’t scared, just intrigued with the problems of trying to understand the world.  I’m going to blame Michael Garcia for some of this, because he just asked my opinion on a batch of documents that formed part of a world for his AD&D™ game set in a labyrinth with dimensional instabilities, but in fairness other than that there must have been dimensional instabilities in it, nothing in the dream came from him.  Yet I can see Eric Ashley running something like this as a Multiverser™ world, so I wanted to share it for the benefit of those referees looking for something really out there. 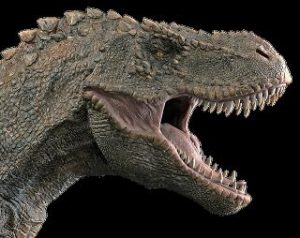 The basic setting is a modern warehouse-style department store, a sort of cross between BJ’s or Home Depot with the high racks of goods and Wal-mart with the many departments and clothing racks and linoleum floors and good lighting.  There seemed to have been a lot of people in the building, but it was not crowded, and often I was alone or with a few others.  I tacitly understood somehow that there was no exit, but that nobody actually lived here, as if they had all come to shop but then were trapped inside.  That in itself did not cause anyone to panic; it might be that they were not yet aware of the situation, as most were still shopping.

The first real oddity that caught my attention was in one corner of the store, where an aisle running from the front toward the back was lined with boxes that might have been games or kitchenware or something, there was a girl, probably young twenties, trying to set up something like a telescope–a big one, not Mount Palomar, but a couple body lengths with perhaps a four-foot diameter tube on a large base.  This apparently belonged to her father, who had set it up right here not long before, but had vanished, and for reasons not at all clear to me the device had been disassembled but was now being reassembled.  I came to understand through conversation that the telescope also had laser targeting devices which somehow managed to latch on to portals to other dimensions, maybe created wormholes or something, and the girl was certain that if she could get it working she could bring her father back.  O.K., shades of Howard the Duck.

Meanwhile, I concluded that there were dimensional rifts of some sort somewhere in the building.  My first clue to this was that a tyrannosaur came down the front aisle toward us, and we all had to run for our lives, abandoning the work on the telescope.  It’s kind of funny that whenever there is a breach to the Mesozoic era, it’s always a tyrannosaur that comes through, never small harmless herbivores, but then, they wouldn’t be so exciting.  I remember diving under a shelf unit to escape, and sometime in this I spotted what I took to be a shambling mound.  When I awoke I realized it looked nothing like a shambling mound, but rather appeared to be made of a mass of tangled bright green plastic ribbon about seven feet tall–but a shambling mound, I realized, made sense, since it’s entirely vegetative and so would be of no interest to the carnivorous tyrannosaur.

I can think of a lot of questions and directions for the player characters in such a world.  Can the professor actually be rescued using the telescope-like device?  If he is, does he know how to fix the dimensional instability so that the portals to other worlds can be closed and the doors to the natural world opened?  Is all of this a result of a botch with this device, and if there’s another botch, what’s likely to happen?  Is the equipment to fix the instability available in the store?  On a similar topic, does the store sell weapons, such as hunting rifles, and if so can they be accessed and made operational, and would they be effective against the invading creatures?  Can the panicking shoppers be organized into some kind of useful group, or are they just going to wind up bait for the monsters?

The biggest problem I see, from a Multiverser play perspective, is if the player character manages somehow to stabilize the building and open the doors so the people can egress to their homes, what does the referee do with the world beyond?  I find modern settings to be some of the most difficult to make interesting, myself, but then I know people who can do wild and crazy things with simple ideas.  I’d love to hear whether anyone does anything with this one.