This is mark Joseph “young” blog entry #229, on the subject of A Challenge to Winner-Take-All in the Electoral College.

We have frequently discussed the Electoral College, the system by which States send Electors to select a President of the United States.  Much of that explanation appears in the page Coalition Government, compiled of several previous related articles.  That discussion included the suggestion that the “winner-take-all” system for choosing Electors, adopted by forty-eight States and the District of Columbia, should be replaced, on a State-by-State basis, with a proportional system–and why such a change was unlikely to be made by any of them.  (We more recently noted an opposite movement, an attempt to replace the State vote with a national vote that effectively eliminates the significance of any state, in web log post #203:  Electoral College End Run, an idea having a much better chance of passing but which is probably unconstitutional.)

Now an organization called Equal Citizens has decided that there might be another way to eliminate the winner-take-all system and replace it with proportional representation:  have the winner-take-all system declared unconstitutional.  To this end, they have filed lawsuits against the practice in California, Massachusetts, Texas, and South Carolina. 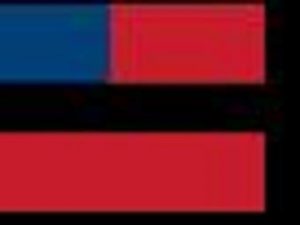 That might seem like overkill.  After all, wouldn’t one successful lawsuit fix the problem?  However, it probably wouldn’t.

Suppose they filed in Texas and won in Texas.  There are four Federal District Courts in Texas, any one of which would do, and victory would mean it was illegal to assign all thirty-eight of that State’s electors to the candidate winning the majority vote–in Texas.  At that point they have to hope that the State appeals the decision to the Fifth Circuit Federal Court of Appeals, and that they win there.  If they do, it will be illegal not only in Texas but also in Louisiana and Mississippi.  However, it will still be legal in the rest of the country.

In order for it to become unconstitutional nationwide, the Supreme Court of the United States would have to decide the case.  That means getting the Court to hear the case, and as we know the Court is rarely forced to hear any case and might prefer to stay out of this one.  The best shot at getting Certiorari at the Supreme Court for a case like this is to get decisions in more than one Circuit which hold opposing positions.  That is, they need one court to say it is constitutional and another to say it’s unconstitutional, so that the Supreme Court will see that it is necessary for it to resolve the matter for everyone.  That means in filing four lawsuits they are hoping to win at least one and lose at least one, at the appellate level.

In theory, they could win an effective victory if they won all four suits, as States might see that as an indication that other circuits would agree and avoid a lawsuit by complying with the change.  However, compliance would only be mandated in those circuits where the decisions were made, and additional lawsuits might be needed to change some recalcitrant States.

So how can a practice that is so nearly universal (only Maine and Nebraska do not follow it, and they both use district voting, that is, the state is divided into sections each of which picks a representative elector) be unconstitutional?

The argument is based on the XIVth Amendment, and specifically the Equal Protection Clause, which states that every citizen of legal age is to be treated equally by the States in all matters of law and politics.  That means, according to the Amendment, one person, one vote.  The claim is made that in a winner-take-all system, if fifty thousand voters pick one candidate but fifty thousand one voters pick the other, fifty thousand voters are disenfranchised when the entire electoral vote goes to the other candidate.  In order for their votes to be protected, the electoral vote should be divided based on the proportion of voters supporting each candidate–in this case, equally, or slightly in favor of the majority candidate.

So is it a good argument?

The XIVth amendment is one of the Reconstruction amendments following the Civil War.  The “Original Intent” of its reference to one person, one vote was to prevent discrimination against black men specifically; it was amending the section of the Constitution that counted slaves as partial persons by giving the emancipated slaves voting power equal to their white counterparts.  In that sense, it has nothing to do with the method of selecting Electors for the College.  However, as often happens, what the Framers of the Amendment wrote has been applied beyond what they intended.  This clause is the basis for all those lawsuits over reapportionment:  the claim that one party has by drawing the district lines given itself an unfair advantage by disenfranchising voters in certain geographic areas.  The connection is obvious:  if white government officials can set up districts such that blacks are always in the minority in every district (that is, by identifying black neighborhoods and apportioning them into several predominantly white surrounding neighborhoods) they can smother the voice of black voters.  Thus “gerrymandering” to oppress racial voting blocks is a violation of the Equal Protection Clause.

On the other hand, as we have noted in previous articles, the Framers of the Constitution did not intend for Presidents to be chosen by democratic process.  Quite the contrary, they expected that the Electoral College would always be hopelessly deadlocked and so serve effectively as a nominating committee offering a slate of candidates from which the legislature would select the one they believed would best serve them.  As we noted in #172:  Why Not Democracy?, that has happened exactly once.  However, the process was intended to empower the States as States, not so much the individual voters save as they are citizens of their respective States.  If we look at the Original Intent of the Constitution, it is evident that Electors are to be chosen by the States, by methods determined individually by each State.

Of course, the XIVth Amendment changed that at least in part.  The question is, in doing so did it mean that a State’s Electors had to be representative of all the voters proportionately, or is it sufficient for a State’s Electors to represent the majority of the State’s voters?  Are Presidents to be selected by the people, or by the States?

If winner-take-all Elector voting is deemed unconstitutional on that basis, it probably means that district apportionment is similarly unconstitutional, and electoral votes would have to be assigned based entirely on the proportion of the total vote in the state.  Israel uses such a system to elect its Parliament, and it is not an unworkable system.  If implemented, it would move us slightly closer to a President elected by the majority.

It is certainly worth considering.

As a footnote, in researching this article I stumbled upon this interesting toy which permits the user to experiment with various methods of choosing Electors and see their impact on the most recent two Presidential elections.  What intrigued me was that of eight possible methods (including the current one), Trump won the Electoral College in all but that one specifically rigged to give the Democrats the most electoral votes (that is, by using winner-take-all in states they nominally won and proportional in states they nominally lost).  That caused me to wonder how that could be if, as is often claimed, Clinton took the majority of the popular vote.  The answer seems to be in part that despite the fact that Trump took more votes in California than in any other state but two, Clinton took enough votes in that state to tip the balance of the popular vote, but not of the Electoral vote, because California is underrepresented in the Electoral College (because it is underrepresented in the House of Representatives).  That in turn reminded me that in the aforementioned web log post I commented that we did not want California to be the big bully that dictates the law to the rest of us.  The other part of the answer is simply that Trump took more states, and because of the “plus two” Electors each state gets, the geography worked for him:  the fact that Presidents are on some level chosen by the States, not the people, meant that having more states choose Trump gives him more Electors.

2 thoughts on “#229: A Challenge to Winner-Take-All in the Electoral College”