This is mark Joseph “young” blog entry #41, on the subject of Ted Cruz and the Birther Issue.

The unabashedly liberal Huffington Post has reported that a Texas attorney has filed suit against Ted Cruz, claiming that the Republican United States Senator from Texas is not eligible to be President of the United States because he is not a “natural born Citizen” as required by the Constitution. 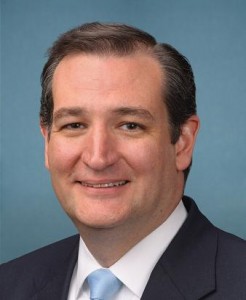 This is ground we covered in detail quite a few years ago; in fact, it was this issue that launched our political writing at The Examiner–only then the object was Barrack Obama.  We have preserved those articles as The Birther Issue elsewhere on this site, and we’ll look at that.

Thus the question is whether Ted Cruz is a “natural born” United States citizen as required by the constitution, based on the fact that his mother being a United States citizen gave him U. S. citizenship at the moment of his birth, or whether he is not “natural born”, based on an interpretation of that phrase that requires that the President was actually born in these United States.  It is a perennial issue–before Cruz of course it was raised concerning Obama, but it has also been raised in connection with Mitt Romney (born in Mexico to American parents), John Cain (born to a U. S. military family stationed on the U. S. military base in the Panama Canal Zone), Mitt’s father George Romney (born to U. S. citizen parents in self-imposed exile in Mexico), Barry Goldwater (born in the United States Territory of Arizona before it became a State of the Union), and quite a few others.  In many of these controversies, scholars have asserted that the Supreme Court has never said what the Constitution means by the words “natural born citizen”.

They are only half right.

In United States v. Wong Kim Ark, 169 U.S. 649 (1898), the Supreme Court addressed a citizenship case.  In that case, they cited Dicey’s Digest of the Law of England with approval, quoting that

a person who is born on the ocean is a subject of the prince to whom his parents then owe allegiance….

So what’s the problem?  How can anyone say that the Court has not decided this question, if the court has decided it?

The problem is that the court stated that, but did not decide it.  It falls into the category of what is called “dicta”–statements made by the court that are not directly relevant to the decision in the case but express what the court probably would decide about such an issue.  Wong Kim Ark had nothing to do with presidential eligibility.  It was about the California-born son of Chinese citizens refused admission to the country on returning from a visit to foreign relatives abroad because of a California anti-immigration law, and decided only that the child of anyone born in the United States to parents who were legally present in the United States at the time of that birth was a citizen of the United States at the moment of his birth.  The cited passages in Dicey and Blackstone were part of a more general discussion that supported that conclusion, and although they clearly support the conclusion that anyone who was a citizen at the moment of his birth, wherever born, is a natural born citizen, the decision of the case technically only supports its own conclusion, that anyone legally born on United States soil is a United States citizen at that moment.

So technically the critics are right:  the issue has never been “decided” because it has never been raised as such.  However, the reasoning of Wong Kim Ark leads inexorably to the conclusion that people in the position of any of these politicians, including Ted Cruz, are “natural born citizens” under the intended meaning of the Constitution, and eligible to be President of the United States, and there is no reason to imagine that the Supreme Court would decide otherwise given that precedent.

Cruz is right:  the issue which did not matter half a year ago is being raised now because he has become a serious contender for the Republican nomination.  It is not, and should not be regarded, a real issue.