This is mark Joseph “young” blog entry #327, on the subject of Verser Separations.

This is the third mark Joseph “young” web log post covering this book, covering chapters 23 through 33.  Previous entries in this series include: 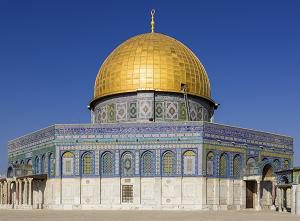 Once I got this part of the story moving, it was difficult to interrupt for other tasks.  I had just written three chapters in a row (originally 16-18), but took a break here for other tasks.

The explanation to Zeke about primary and secondary versers arose organically, but as I wrote it I realized it was going to be vital to the resolution of a future encounter I had planned.

This was chapter 19 before the Takano chapters were integrated.

Mostly I wanted Beam to recognize that there were more versers than he’d guessed, and retreat to get better intel.  I picked up a few extra points along the way, including giving him the word “versers”.

This was chapter 20 before the Takano chapters were integrated.

The briefing was a necessity; it also saved me several telepathic conversations between versers in different locations.  By having Bob tell the Caliph what he had been told, I didn’t need to go through the part about telling him; I only needed to include his instructions to Lauren at the end of their conversation, so that worked.

This was chapter 21 before the Takano chapters were integrated.

When I reached this point, I was not certain whose chapter this should be.  I wanted to delay Derek’s entrance to the next world partly because I wanted the reader wondering and partly because it was still coalescing in my own mind and I wasn’t entirely certain I had chosen a next world for him.  I wanted to delay Beam’s next chapter because it would move the plot closer to the endgame than I wanted to be yet, and I wanted to give the impression of time passing as he made the return trip.  I had just done Bob, so that left Lauren and Joe, who were in the same place, a place where I needed to figure out what was happening there.

While I was discussing this with Kyler, I commented that I was not certain what was happening at Vashti’s home, and among other comments said something about a memorial service for Derek and Vashti, which Kyler said was probably appropriate.  So I decided to go with Kondor’s viewpoint for it, and cover it as the deaths of heroes.

This was chapter 22 before the Takano chapters were integrated.

It took a while to work out this plot, and I still am not certain how it will play out, but for the moment it gave me a good solid direction for the story.

Before the Takano chapters were integrated this was chapter 23.

I had been toying with what kind of world to use, and I wanted something high-tech.  I had been working on something called The Wanderer, a fairly stock lost colony ship world, and settled on it mostly by default.  Since I had never gotten very far with it, I had a lot of room for details, and one of them was what kind of indigs would be aboard.

I discussed the aliens extensively with Kyler.  The question was whether to make them humans, or if alien just how alien to make them–Vulcans who could hide a few distinctive features, Klingons who were entirely humanoid but could never pass for human, Greys who were still humanoid but very alien, or E.T.s, clearly very different.  We agreed on something like Greys.

We also discussed the functions of melanin and chlorophyll, and decided on a paler skin color with some melanin but also some chlorophyll.

I was going to have Derek reunite with Vashti in this chapter, and then encounter aliens in the next, but it struck me that if he were running down main corridors it would be incongruous for him not to encounter anyone aboard.  Thus I had to introduce my aliens sooner, and put Vashti on hold until the next chapter.

Before the Takano chapters were integrated this was chapter 24.

I am still exploring this world and trying to figure out what happens here, but I’ve a feeling it’s going to come to an abrupt ending fairly soon.  Tommy’s meeting with the witch probably doesn’t go well.

I wrote everything here before the meeting with the eagle before I went to bed, and then did the rest in the morning; I had intended to include the part about eating apples and forgot it when I was writing about breakfast, but went back and added it before I finished the chapter.

It had been six chapters, and seemed a suitable place to insert this one.

I needed the Arabian story to move considerably more slowly at this point, which was difficult because I had four viewpoint characters in it and I had to keep their stories active and prevent them from being dull.  I also had to figure out what was happening in Derek’s story, which was not happening just yet.  My one advantage was that my four viewpoint characters were on three separate stages, so I could see what I could do with each of them.

This was chapter 25 before the Takano chapters were inserted.

Part of this was the feeling that the story had to slow a bit here, and on every front.  Things were changing, and Slade was going to feel it, but they were getting tense in a different way.

This was chapter 26 before the Takano chapters were integrated.

I had pondered the problems of the elevator, and it occurred to me that it would be a simple matter to adjust gravity to negate the feeling of movement, and that meant that the indigs would not realize the elevator moved but would regard it as a magical transport between decks.  It further would mean they didn’t have any sense that the decks were stacked above and below each other.

This was chapter 27 before the Takano chapters were integrated.

I started from the point that Beam had no proof of his claimed victory over the unknown enemy verser, and went from there, winding up in the idea that he saw this as a game he would win.  It gave me a good spin on Beam’s thinking.

Before the Takano chapters were integrated this was chapter 28.