This is mark Joseph “young” blog entry #198, on the subject of Verser Trials.

This picks up from there, with chapters 89 through 99. 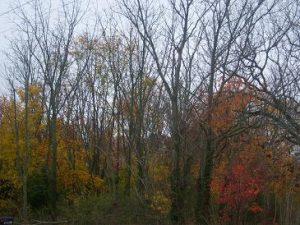 I had been thinking about the trial quite a bit since the arrest, when I realized that Slade had given away the book.  I remembered that Filp had said the peasant wasn’t with the soldiers.  I almost went back and changed the text, so that Slade would have kept the book.  I realized, though, that the book could be carried to court by the enemy, quite inadvertently, and brought in that way.

The note that appealing to the King’s impartiality was a way to influence him caught my fancy, so I had to include it.

I decided it was time for Shella to call him Bob.  It seemed the right name at that moment.

Saying that the story of recent days would not have made a good book was, of course, a bit of a self-conscious joke.  Perhaps all stories make good books, if you know how to tell them; or perhaps in creating this one, it was necessary to include bits that would be good to tell.

The manufacture and testing of the potion seemed a necessary step; it also gave me an opportunity to get a bit of action into Derek’s story at that moment.

The idea that he had to explain it to his father struck a chord with my young test audience.

The use of the pronoun “it” for the antecedent “the man” was intentional, distancing the sprite version of Derek from humanity.

At this point in the story, I’m trying to construct the foundation of something that will let Lauren have a lot of action bringing down vampires, but hold off the climactic confrontations against Tubrok until after Derek and Slade arrive.  I figure Derek will work out the computer hacking part, and get the domes opened.  I also expect that I’ll leave Merlin with Derek and Bethany (I haven’t figured out yet whether Slade survives the battle) to continue battling vampires after Lauren is gone and Tubrok is dead.

I particularly liked the idea that the domes served no real function, but were built for a lot of reasons none of which were good.

In high school I toured Romania with a high school choral group.  It was part of a cultural exchange program, so we had a guide provided by the government.  That was at a time when the Jesus Movement was in full force in our communities, and some of my classmates engaged the guide in discussion about why he would not become a Christian.  His answer, simply, was that in Romania you were either a Christian or a member of the Communist Party, and the advantages of the latter were so plainly evident that that is what he had chosen.  I think that memory may have influenced this notion about the Superiority Party:  if you want to be anything important in society, you have to become a vampire, so people are eager to join.

I decided immediately after the trial scene that Slade would be at dinner and the king would not be, but that the prince, who is a bit less cool than his father, would raise the matter of the book.  I also thought Slade would not take that well, but Shella could shine in her function of cool intermediary here.

I also had sketched out the preparations for war to some degree.  Sir Matthias is named for the apostle of that name.

The reaction of the elders was carefully considered.  I did not think they would be enthused; on the other hand, it would make the story longer and much more difficult were they opposed.  Thus it became Derek’s task to convince them.

I realized that I was going to have a lot of vampire combats ahead, and I had to keep these interesting while at the same time not overburdening the text with them.  The idea of entering the scene as a fight was ending, and of referencing several fights not described, also let me give the impression that Lauren had now been here for a while and was working toward her ultimate goal.

The teleport idea had occurred to me along the way.  I realized that there was an ability in the game books to trace teleport paths, and it was too much to think that no one in this world would have it, or that they would not work for Tubrok.  Thus creating a difficult trail seemed appropriate, and I gave some consideration to how that might be done.

I liked the decapitation blow that had been used on Tubrok in the second book, and thought it made sense for Lauren and Bethany to work on perfecting that.  It also seemed that I couldn’t allow it to be instantly fatal on all vampires, or they would cease to look dangerous.  Here it presents itself as more of a finishing blow, something they launch when they know they have an opening.  The teamwork aspect also appealed to me.

It is one of those things you find in eschatological studies, that people want to know who the beast is and so sometimes believers use the name for someone or something they think will be the antichrist.  There was a computer in Europe decades ago that was to run the financial systems of the banking world to which one of the people involved in its development gave this name, precisely because it was used in Revelation.  The fact that Tubrok is inhuman and feeds on humans made the name natural here, but it is part of the apocalyptic feeling already hinted in a previous chapter when Lauren said that possibly only the return of Christ would completely destroy the vampires.

The time it takes to go to war in this milieu was worth bringing out for contrast.  The complications of having Shella ride with them took some thought to resolve.

I also lingered a bit over the troops on the road, and whether they would fight.  I decided it was not necessary and not profitable to anyone.  In my mind I’m moving toward a battle of significant proportion, but coupled with a sort of guerilla action Slade leads to take the castle.

The marriage was in part a delaying tactic, so that something would be happening in Derek’s life besides the pending war; it was also put there because of Slade’s wedding, so that I could do something different with this.  Although I had been swithering about whether to have them marry and take Dearie into the verse with Derek, by this point I’d decided that really wasn’t going to be a good choice.  Maybe I would bring Derek back to find Dearie later, but for now I needed to keep him single.

I’d also decided on the conversation with the elf, which I bumped to the next chapter because I felt it needed to break at the moment the engagement was announced.

The wolves came to my mind at just about this time, and I thought it not unreasonable that Lauren would not have thought of them sooner, so I brought them into the story again.

For Garith, I wanted another growlish name, and that was the best I had at the time.  Sielle was actually named for a dog belonging to a crazy landlady we had our first year of marriage; but the dog was named Sienna, after the paint color.

There was on the edge of my brain a movie in which the couple is in a bind, but she’s got a gun.  He says, “I love you,” and she says, “I know,” and as he turns to face the villain she shoots him (the villain).  It took me several years to realize that it came from Star Wars.

I’d been thinking about this conversation for a while.  I’m decided that Derek never married Dearie, but it won’t be for his choice.

The line “You’re committed now, or you will be” is of course a joke to be said when you have decided to say or do something that will seem crazy.  I know I’ve said it before I wrote it here, but don’t know whether it’s original with me or whether I heard it somewhere else.

This has been the ninth behind the writings look at For Better or Verse.  Assuming that there is interest, I will continue preparing and posting them every eleven chapters, that is, every three weeks.