This is mark Joseph “young” blog entry #149, on the subject of Toward the Third Novel.

Many of you have been following the serialized e-publication of the Multiverser novels; if you have missed them, all the chapters and all the behind-the-writings web log posts are indexed, first at Verse Three, Chapter One:  The First Multiverser Novel followed at Old Verses New.  There is also now a Multiverser Novel Support Pages section in which I have begun to place materials related to the novels beginning with character papers for the major characters, hopefully giving them at different stages as they move through the books.

I have mentioned before that the first novel was really Bob Slade’s story, but that I did not know it when I was writing it.  I only knew, as if instinctively, that he had to be the character who won the climactic battle, and just as instinctively that at that point he had finished an entire story and did not belong in the second book.  It wasn’t until some years after it went to press that I was reading extant portions of Aristotle’s Poetics and realized why that was:  the book is framed within the story of an ordinary guy, a young auto mechanic, who fancies himself a great warrior hero, who by the end of the story is that great warrior hero.  There is of course more to it than that.  Bob himself has some loose ends to his story, like his relationship with the djinni he freed from the bottle.  There’s also Joe Kondor, who has some issues that need to be resolved and who is butting heads but also becoming friends with the third character, Lauren Hastings.  She seems to be in the middle of a much bigger story, with quite a few missing pieces.

Although again I don’t know that I knew and probably would not then have said so, in a sense the second book is Derek Brown’s story.  He is if anything even more ordinary than Bob Slade as the story opens, with no aspirations to be anything, just a frightened preteenaged boy.  In the end, he saves a world–well, a huge space colony, to be precise.  He does it together with Lauren and Joe.  Joe continues to deal with his issues, and Lauren’s story is gaining momentum, but with Derek we have something of an entire story.

Those books have now been posted, and hopefully you have read them because otherwise I have probably spoiled at least some of the surprises.  I am writing this because there is a third novel in the series, fully written, and I need to discover how much interest there is in reading it.  I can’t tell you that that’s the only issue, but it is the big one. 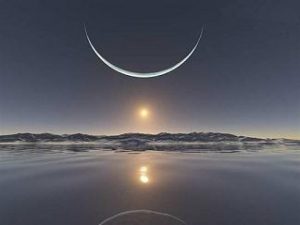 Nor can I tell you too much about the third book, but there are some things I can say.  It is entitled For Better or Verse, and it has been fully written but has no artwork.  It has not been edited save by me; I asked someone to edit it who said yes but has not yet returned any notes to me about it.  But I’m not unhappy with it.  Kelly Tessena Keck, who edited Old Verses New, read the draft and was not unhappy with it.  So let me tell you what I can.

Bob Slade returns.  He is reunited with some people he knew in the first book, in surprising ways, and begins a new adventure and a new chapter in his life.

We also find out what has happened to Derek, which is in some ways perhaps terrifying in itself but introduces him to an entirely new perspective on himself and the multiverse.

Lauren’s story moves forward, pulling together all the loose ends of the first two books into a massive story arc in which everything comes together.  She again faces the vampires, accompanied by several of the people she has known, this time hundreds of years in the future.

Alas, Joe Kondor does not yet resolve his issues.  He faces them again in the fourth novel, which at this point is still in the “completing first draft” phase.

I’d like to say we’ll get there, but as I say it depends in significant part on reader interest.  People who post comments to this thread or send them by e-mail, or who comment about the novels on any of the social networking sites on which it is announced, certainly will encourage continuation of the story on this site.  More than that, people who support the effort financially and so make it possible for me to pay for the hosting and Internet access make it considerably more likely that I will win the argument concerning releasing the third novel to you.  Several people are already doing this through Patreon, and their few dollars a month each are covering a significant part of the costs; those who cannot afford a monthly commitment can still make a one-time contribution through PayPal.me, in any amount that works for you.

I’d like to see the next book released.  I don’t like to ask for money, but money is needed to make things possible.  I need you to do that.