This is mark Joseph “young” blog entry #145, on the subject of The New Internet Tax Law.

What the Supreme Court won’t hear can hurt you.

The Supreme Court declined to hear a case appealed from the 10th Circuit, Direct Marketing Association v. Brohl, which means that the decision of the appellate court stands.  That decision means that the state legislature in Colorado has found a loophole of sorts in a very important previous case, Quill Corp. v. North Dakota, 504 U.S. 298 (1992), which has been very important to Internet sales over the past one and a half decades, in a way that means you might have to pay your local state sales taxes on purchases you make over the Internet. 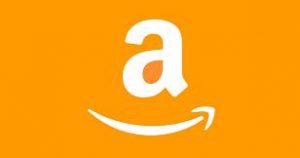 Quill is effectively the reason you don’t pay sales tax on purchases you make over the Internet from retailers in other states.  It actually had nothing to do with the Internet–Quill Corp. was a mail order office supplies dealer in Delaware that shipped orders all over the country, and North Dakota sued to require them to collect sales tax on any products they sold to customers in that state.  The Supreme Court set up standards by which in order for a company to be required to collect sales tax for any given state, it had to have some kind of physical presence in that state–offices, warehouses, retail outlets, even possibly franchises.  Absent these, the state had no authority to impose obligations on a business located in another state.

What states did in the wake of Quill was in essence to add a line to their state tax forms instructing residents to declare how much they owed in unpaid sales tax due to purchases made out of state.  Oddly, very little was ever reported.

Colorado had a new idea.  They could not require out-of-state businesses whose only connection to the state was through electronic communications and independent shipping companies to collect taxes for them–but could they require such companies to report the amount of such tax that was owed?  If you in Colorado spent a thousand dollars to have Amazon ship you books, movies, or whatever you bought from them, you were legally required to let the state know, and to remit the unpaid twenty-nine dollars (2.9%) sales tax–but if you neglected to mention it, the State of Colorado would be unable to determine that without legal action such as a warrant to open your banking records.  Under the new law, though, Amazon would be required to let the State tax board know of your thousand dollars worth of purchases, so that when you failed to mention it the state could send you a bill with penalties for tax avoidance.

New York’s Data and Marketing Association, an industry group (formerly the Direct Marketing Association), sued the state in the name of the executive director of its Department of Revenue several years ago when the law was enacted, and got a stay while the matter was being litigated.  It has now run its course:  the Tenth Circuit Court of Appeals has decided that the law is not an “undue burden” on out-of-state retailers, and the Supreme Court has decided not to hear the case, so that ruling stands within the Tenth Circuit and will probably be followed by other circuits.

The law has some specific limits.  It only applies to retailers with at least one hundred thousand dollars in gross sales to customers within the state, so it’s not going to impact your e-bay resale business unless you’re doing a lot better than most.  However, it is fairly certain that other states will be passing similar laws–it is estimated that Colorado will be able to collect over one hundred seventy million dollars a year in previously unpaid sales tax revenue, and numbers like that are undoubtedly going to appeal to legislators elsewhere.  It is less clear how important the definition of minimum gross sales within the state is to the decision, so it may be that some states will place the bar much lower with the result that small Internet retailers are going to have a hard time knowing where they are required to report what.  Meanwhile, language in the denial of certiorari (that means the written decision not to hear the case) from Justice Kennedy suggests that the Court might consider overturning Quill and allowing states to demand that retailers selling to state residents through such means collect and remit sales tax on all purchases.  Tennessee is already in the process of passing such a law, which might make it the test case in a few years.

Whatever else can be said, it is clear that the landscape of Internet marketing just changed significantly.  You can no longer avoid paying sales tax by ordering from out of state.