This is mark Joseph “young” blog entry #131, on the subject of The Fat Lady Sings.

The votes are in, the polls are closed, the counting has nearly been completed, and it is clear that political outsider Republican Donald Trump has received more than enough electoral votes to become the next President of the United States.  It’s over.

The losers are sore; they don’t want it to be over.  Consummate politician and Washington insider Democrat Hillary Clinton received slightly more of the popular vote (less than one half of one percent, six hundred thirty thousand eight hundred seventy-seven (630,877) more votes than Trump out of one hundred twenty-seven million five hundred ninety-two thousand one hundred seventy-six (127,592,176) cast).  There are a lot of people who think that this means she should be the next President.  Some of them are petitioning for Electors pledged to Trump to “jump ship” and vote for Clinton instead, even if they are required by state law to vote for the candidate to whom they are pledged.  Break the law, they say; pay the fine and save the country from this despicable Republican.  However, a lot of voters want this “despicable Republican” to be President, and there is a degree to which his victory is a vindication for one of the principle concepts of the Electoral College. 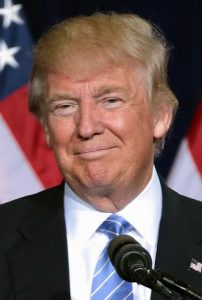 We’ve discussed the Electoral College before, in Coalition Government, and to a lesser degree before that in The Birth Certificate:  Ballot Requirements; it is that system by which we the people do not vote for the President but for the Electors who will vote for the President.  Ironically, it appears that the Framers of the Constitution wanted it to be a system that usually failed–the way the text is written, if several people are running for President it is unlikely that one of them would receive a majority of Electors, which means that the Legislature would get to pick who it wanted for its Executive (that is, “the person who executes the directives of the legislature”) from the shortlist provided by the College giving us the sort of “executive does what the ruling party wants” streamlined government typical of the Parliament/Prime Minister structures of other countries.  It rarely happens that way, because very early we learned that a two-party system results in one of the candidates usually getting fifty-percent-plus-one of the votes in the College, and so most people vote for one of the two major parties and the President generally is chosen in the first vote.

Yet this underscores another important point:  The President of the United States was never intended to be primarily a representative of the People of the United States.  The office is established in such a way that he represents the States, the electors being chosen by the States according to such permissible methods as each State chooses.  Most States choose to vote as blocs:  whichever candidate gets the majority of voter support within the state, that’s the candidate for which the state votes.  The point is not for the voters to vote for the President; the point is for the voters to tell their individual States whom the State should support for President.  The States then appoint the person wanted by the majority of the States, weighted by population.

And that is what happened here.

James Nolt wrote an excellent article in The Street (Pundits Just Don’t Get It:  Here Is the Real Reason Why Trump Won), in which he observes that the “rust belt” states went to Trump.  These are the homes of the manufacturing unions–steel workers, automotive workers–and they have seen their jobs vanish overseas.  Trump promised to do something about it.  These are the homes of struggling farm laborers, displaced by immigrant farm workers.  Trump promised to do something about that.  His plans sound radical–cutting back on the immigration of low-wage immigrants, placing high import duties on foreign manufactured goods–but they are plans that go against the status quo, that oppose the progressivist universalist concept of a world market where workers who have to pay American-level prices have to compete with workers willing to take third-world-level wages.  Pennsylvania, Ohio, Michigan, Missouri, Wisconsin, West Virginia, the Dakotas–these states all want someone in Washington who will change the rules of the economy game so that ordinary working class people once again stand a chance.

What it means is that the Democratic Coalition is cracking:  labor no longer believes the Democrats have their best interests in view.  Support for more immigration is not in the interests of labor.  Support for free trade agreements is not in the interests of labor.  Republicans may have worked to break union strangleholds on jobs in some states, but Democrats have taken the union vote for granted while ignoring labor concerns, and now they’re losing it.

States where people want economic change, and not the more-of-the-same promised by the Democrats, voted for Trump.  And the President of the United States is chosen by the States, the clear majority of whom (of fifty-one (which includes the District of Columbia) twenty-eight certain, one more still counting but probable, one of four votes from Maine) supported him.  (Clinton took twenty certain, one more probable but still counting, and the other three votes from Maine.)  Those States were heard.  Trump is now President-elect, and we can hope that whatever he does will bring jobs back to America.