This is mark Joseph “young” blog entry #130, on the subject of Economics and Racism.

When I was in law school, one of my fellow students explained to me how he got his masters degree by proving something everyone already knew.  As I read a recent article, I couldn’t help thinking that the several cited studies were guilty of exactly that.  They demonstrated that the prevalence of racism in a society is inversely proportionate to its economic health:  as unemployment rises, so does racism.  That doesn’t say that economics are the cause of racism, but that they are a contributing factor.  I really hope that doesn’t surprise you. 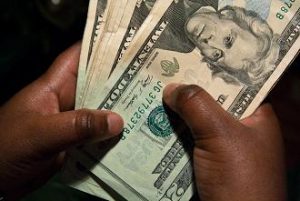 It is inherent in our human existence that we want to survive.  We see this survival instinct in creatures as low as cockroaches.  Linked to that notion of survival is the desire for comfort and abundance–if we have better shelter, we are safer, and if we have more food, we are protected against hunger.  Thus almost every one of us wants more than he has.  That is not limited to poor people, or even middle class people–wealthy people usually find that there are things they want that they can’t buy.  It is a phenomenon known as rising aspirations:  the more money you have, the more things you want to buy with it.  And it’s actually easy to understand why that is.

Economies fluctuate.  They get better and worse.  This happens globally, nationally, and even on the individual level.  You have a job, and you make enough that you can afford to splurge on lunch out twice a week.  Then you get a raise, and now you have more money.  Now you eat lunch out three times a week.  Your personal economy is booming.  But then the price of bread goes up, there’s a new gas tax–the extra money is no longer extra, and you have to cut back to eating lunch out once a week.  You feel like you’re going backwards, and in a sense you are.  So is everyone else, of course, but you don’t feel the pinch on anyone else.  You think you should have more than you have, that you should be able to eat lunch out three times a week, or even every day, because you work hard and you deserve it.  You want to know why you aren’t doing better than you are.

You also think that your children should be able to do better, and your siblings, your family generally; and that sometimes extends to your ethnic group, particularly if you are in an ethnic group that has faced discrimination in the past–the Italians, the Irish, people who arrived in America poor and struggled in the working class to rise to a higher level.  We deserve better, is the mantra.  It extends beyond to “people like me”, and becomes contrasted against “people who are different”.

It doesn’t matter whether most of those people who are not part of your group are in situations as bad or worse than yours; the fact that some of them are doing well means that those “different” people are getting the money, the food, the jobs, that “should” be going to you and your people–because you deserve better; and that means that people who have what you don’t have have taken it from you.  It’s not fair, and it’s their fault.

And it is so comforting to have someone to blame, to be able to say to yourself that it is not your fault, not some deficiency in you.  It’s because those Jews cheat to get ahead, or those Hispanics are taking all the jobs, or those Chinese are willing to work for a substandard wage.

Racism, seen thus, is our own attempt to view ourselves as better than someone else.  The details are trappings, added to justify our judgments.

Thus when the economy is poor, when unemployment is high and money is not going as far as we remember, racism rises as we blame those who are different from ourselves for putting us in this situation.  It doesn’t matter whether it’s whites deriding Hispanics for taking jobs at low wages, or blacks blaming whites as oppressing them and keeping them out of work, or Hispanics accusing blacks of mistreating them, or everyone blaming Jews for continuing to be successful in hard times.  Our racist attitudes increase when we need someone to blame for our own hardships.  Yet even if it is true that our economic hardships are not our fault, that does not mean they are someone else’s fault:  economies fluctuate, and not everyone can be on the top of the curve.  The fact that you are not reaching your aspirations does not mean it is anyone’s fault, even if it clearly is not your own.

It would be so much better if we could pull together and get out of this economic slump.

If only it were so easy.