This is mark Joseph “young” blog entry #61, on the subject of World Transitions.

This picks up from there.  These chapters continue with Lauren and Joe exploring a new world. 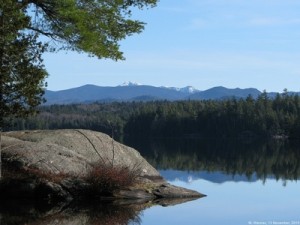 I tried to give the feeling that a fair amount of time had passed, enough that Lauren could learn a bit of the parakeet language.  I also focused on finding technologies she could teach them—fire and pottery the basic ones.

I introduced Speckles because I knew by now that a kidnapping was the way to initiate the quest, and I needed a victim.  I made her someone Lauren would find particularly interesting, intelligent and open to change.

I’ve often said to people that if you want to know what God wants you to do, you have to drop the “but” from “anything but”.  In saying this, I point out that if God wants you to be a missionary to Africa, it’s the only place where you will truly be happy.  The idea that Lauren would enjoy being a missionary to a primitive world commended itself here.  It is one of those things that people talk about in Bible college:  the idea that if you agree to do whatever God wants you to do, He will probably send you as a missionary to some primitive place where you will be very unhappy.  The answers to this are, first, God sends relatively few people to such mission fields, and second, if God does send you there, you can be assured that you would not be so happy anywhere else in the world.  But it is part of the Bible student mentality, to worry about the possibility.

I was doing the trap on the fly, as I recall.  I knew I needed this to be an adventure, and the idea that it was a trap would make it so.

There were obvious anomalies, things that had to be as they were to make this part of the story work which at the same time couldn’t be there unless there was something wrong.  The big thing was the prisoner transport, which could not be seriously considered without a fighter escort.  If the transport was not here, there was no way to evacuate the prisoners; but if the fighter escort was here, there was no way The Destiny could do the rescue.  Thus I recognized that the crew would suspect a trap, and would deal with it accordingly.

John’s pep talk is pretty good, I thought.  He manages to put it in perspective and get them thinking they can do it.

I had given the plan previously; now it had to be updated on the fly for the new information, and that was kind of fun.  There were contingencies for possibilities that didn’t happen, which I thought made it seem more realistic—if you’re ready for what happens and nothing else, well, that seems plotted; but if you make a point of being prepared for things that don’t happen, the fact that you managed to be ready for some of the things that do is understandable.

I’m not sure I’ve ever seen anyone on television use anything like the reflector, although it could be that I just don’t remember.  I figure if you’re looking at four to twelve screens that keep jumping from camera to camera, and someone points one of the cameras at a different doorway or hallway, you’re not going to realize that you don’t see what that camera is intended to show you because you still see something that looks like a scene from one of the cameras, and unless you’re really attentive to the sequence of screen shots it will be a while before you realize you’re missing something.

I wanted Slade to have a sophisticated weapon for the battles ahead, and this was the best place to get it.  Joe had the problem that he only had one power pack and was going to have to recharge it, but Slade starts with several and practices changing them.

Introducing the same world again without making it dull proved a bit of a challenge; thus I did it quickly.

The idea that versers can sense each other is built in to the game; that was a given.

The idea of the odds being about the same as drawing the two of spades from a pinochle deck was an expression I created for Joe.  If you don’t know, pinochle decks have no cards lower than the 9.  You could only get a two of spades if someone placed it in the deck.

I knew I was taking him to Lauren, but he, she, and the reader were all to be surprised by that.  Still, I figured woods was a general enough description that it wouldn’t necessarily follow that he was in the same world.

The references to the details of the trees reminds that Kondor has developed significant woodcraft skills while in Sherwood for a dozen years, particularly in identifying native plants that might have uses.

Originally this was the first time I described Lauren, and one of my readers balked—my wife’s imagined Lauren was blonde and it was too late in the book to change it.  I back-wrote the scene with the mirrors at Father James’ place to fix that.  I also went back and placed rather more detailed descriptions of each of the characters earlier in the book.

My editor said that the problem with bringing Kondor and Hastings together was that it told the reader that Slade was about to die.  I don’t know if that’s true–I think I managed to keep him in the other world long enough to take some of that expectation away–but I took it to heart, and in the second novel I had Lauren and Derek appear together and then separate again, particularly to defuse this sort of expectation.  I also thought that I would do something in the third novel that would defuse it from a different direction.

Lauren’s opening words are, of course, what Joe just heard her say—in parakeet.

My wife was the first one to say that she liked the fact that Lauren and Kondor don’t immediately like each other, but that they start arguing about things almost immediately.  She appreciated the fact that Lauren and Joe weren’t immediately friends simply because they were both versers.  I knew before I got here that they would have this religious fight (and that Bob would get involved, too, although he’s a lot less serious about it than they and more or less takes it as fun).  Their verbal sparring becomes a significant part of their relationship—and enables me to insert some discussion of important basic theological concepts without breaking the story.

The racial conflict was rather a spur-of-the-moment insight–that I’d created two distinct races, one of which was “black”, and Kondor would be sensitive to that.

The theology debate gives way to an issue of race.  There is a degree to which Kondor is right:  black people think a lot more about race or color than white people do, in the main.  But then, it is just as discriminatory to accuse someone of not noticing race because of race as it is to notice race.

It also seemed important to me that Kondor not lose the religion argument, and particularly not on the first bout; but it flowed well this way, too.

The Neanderthal/Cro-Magnon debate is still ongoing, so although I’ve run worlds in which they are different races of the same species, they might be different species of the same genus, so Lauren’s example works as long as we don’t assume she’s right about the facts.

It wasn’t that much of a stretch to assume that Joe’s medical kit would have equipment to identify poisons.  One would need that to provide antidotes.

The trapped office was an afterthought because everything else had gone so well.  Also, I realized that if I were going to bring Slade to the “gather” I had planned for the parakeet world, it was going to have to be on this excursion, as it would take too many chapters to put me in the position of killing him in another.  So this became the way out.  Of course, it wouldn’t be quick or easy, but it would be dramatic.

I was running out of good ideas on this one anyway, and didn’t want to leave Lauren and Kondor alone together too long before creating some action there.

At this point in their relationship, Joe views Lauren as in the peer group of his aunt; and he still has that mentality of addressing adults as adults.  Thus he thinks of her as “Mrs. Hastings” still.  It reminds us of their ages.

Lauren’s statement that she arrived in mid-spring but it’s been about six months is the first indication that the years are longer here.  That enabled me to accomplish a lot more within part of a year than otherwise, and still have changing seasons eventually.

There is often a feeling of exclusion when people around you are speaking to each other in a language you do not understand.  That is amplified here, because they are speaking with an entire set of phonemes foreign to Joe’s background.  It would be as if people in your presence were communicating with each other by Morse Code or Binary ASCII.

This was where I started to feel the complications of my stylistic decisions.  I was now telling the story of two characters, but still constrained to tell it as the stories of each individually.  On the one hand, it meant that I couldn’t tell all sides of a situation easily.  On the other, it gave me the freedom to write materials that skimmed the details–such as the conversation Lauren had with the parakeet people here, which is reduced to Kondor’s discomfort at not understanding any of it instead of extended dialogue.

At this point Joe is feeling quite awkward.  He wants to stow his gear so he can attempt to absorb what has happened.  Note that to this point, in three of his previous worlds he dealt primarily with humans (in his first world he fought giant robot spiders, but we only get a vague glimpse of that).  There were the undead creatures in Quest for the Vorgo, but he never came to grips with what they actually were apart from enemies of the human race, and he had humans around him.  This is the first time he is surrounded by completely alien creatures—only they do not seem quite “alien” in the science fiction sense so much as fantastic in the children’s fantasy world sense.