This is mark Joseph “young” blog entry #58, on the subject of Acceptable Killing In Our Society.

This began because someone of my acquaintance posted a video supporting abortion.  The blurb under the video read, in part:

There are many reasons why a woman might decide to end a pregnancy—and many barriers to safe and legal abortion.

I did not want to start a fight, but I found that statement quite offensive–offensive enough that I felt it necessary to reply:

There are many reasons why a parent might want to kill his or her own child, but that does not mean we as a society have to approve that.

The question is whether an unborn child is still a child.  The answer cannot be so easily presumed.

You are close in trying to identify the correct question in regards to this issue.  The real question though, remains when in the stages of pregnancy do you develop a child?  Only when than [sic] can be determined, should it be appropriate to address your question.  In our society, the answer is yes.  It is acceptable to kill.  We kill in war.  We kill on the streets.  We allow for capital punishment.  We allow for assisted suicide.  I am never going to argue if abortion is morally correct.  But what you attempted to address is the one question others throw out there with buzz words like “kill,” and “child.”  If the question was simply, should a pregnant female be given rights to determine to carry a child to whatever capacity she chooses, then hotheads would have little to rage over.  What America is trying to measure with your argument Mark, is can we limit human potential, and if so, to what extent?

I could see that pursuing this in that format was going to become unwieldy, so I pondered for a while and decided to respond here. 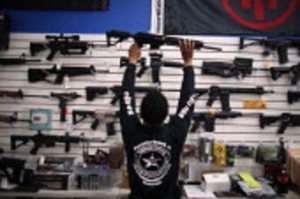 I will confess that I am not entirely certain of everything she meant in that post, particularly at the end concerning the phrase “limit human potential”.  Is she talking about limiting the potential of mothers by requiring them to bear the children they have conceived, or of children by killing them before they breathe the air, or something else?  That, though, is not the bulk of her comment, and it is the other part that particularly disturbs me.  She raises the question of whether in our society killing is acceptable, and affirms that it is, following this by a list of “acceptable” situations for killing.  I am going to change the sequence some, but I argue that killing people is not acceptable behavior in our society, despite her examples to the contrary.

We kill on the streets.

I doubt she means in traffic accidents.  Vehicular homicide frequently results in at least an involuntary manslaughter charge.  Certainly there are accidents in which someone dies and it is ruled that no one is at fault, just as if a bit of space debris happens to crash into your house you can’t sue NASA.  That amounts to an admission that we accept that modern technological life is a bit dangerous and some people are going to die through no one’s fault.  Yet clearly, although there are vehicular murders (and they are so treated), this is hardly an example of society accepting that we are permitted to kill each other.

Killing on the streets seems rather to imply the intentional action of killing each other, and we have a fair amount of that in gang warfare and drive-by shootings.  That we have them, though, does not mean we accept them.  Every such incident is treated as a homicide investigation with the intention of bringing murder charges against the perpetrator.  They are not all solved, and not all the perpetrators are convicted, but we don’t really accept that these killings are blameless despite their frequency in our society.  Sometimes we call it “terrorism” and make a federal case of it.

On the other hand, it is sometimes the case that the police shoot people on the street and are exonerated.  The famous cases are of course when a white police officer shoots a black person, but black police officers shoot white people also.  In every case of an “officer-involved shooting” there is an investigation, the officer is usually suspended pending the outcome of the investigation, and in some cases charges ranging from disciplinary actions to murder convictions follow.  That in most cases our officers are cleared of guilt indicates bias only sometimes; it more often commends the training they have been given.  After all, there are situations in which we excuse and even justify killings–self-defense and defense of third persons the two that most commonly apply in these cases.  Yet when a claim is made of self-defense or defense of third persons, there is always an investigation to determine whether indeed those claims are justifiable.

Our justification for killing the unborn is that they pose a threat to the life or physical well-being of the mother, but no one investigates whether that claim is justifiable, and “the health of the mother” has become a phrase with little more meaning than her convenience.

So what of this:

We allow for assisted suicide.

The most current information available to me says that four states–California, Oregon, Washington, and Vermont–have passed legislation permitting physician-assisted suicide, with very specific guidelines (patient must be a resident of the state, at least 18 years of age, have not more than six months of life expectancy remaining, and have requested help from the physician at least once in writing and twice orally not less than fifteen days apart).  One state, Montana, has a state supreme court ruling allowing physician-assisted suicide for state residents, without any clear parameters otherwise.  There are four other states in which the law is uncertain–Nevada, Utah, Wyoming, and North Carolina.  In the remaining forty-one states, if you assist someone in a suicide you may be charged with conspiracy to commit murder.  In no state is it lawful for someone who is not a physician to assist.  That hardly counts as “acceptable”.  It is also illegal in most countries around the world, although a few have permitted it under specified conditions.

Certainly there are a lot of people who think that we ought to permit suffering terminally ill persons to end their own lives, and allow medical professionals to help them.  There are also people who think we ought to do this for the severely handicapped, without their consent.  To this point, the bulk of public opinion is against the idea that people should be permitted to kill themselves, or to help others kill themselves, with impunity.

Our justification for assisted suicide, in those places where it is permitted, is that the patient wants to die, is suffering terribly, and will not live much longer anyway.  No one asks the unborn child if he would rather live or die.

We allow for capital punishment.

Yes, in many cases we do.  As of last year, thirty-one states had a legal death penalty; of those, four had such a law but with a moratorium declared by the governor so that there could be no executions until specific issues were resolved.  Nineteen states have made the death penalty illegal, and although they include populous states such as New York, New Jersey, and Illinois, they do not include the most populous California or the significant Ohio, Texas, and Florida.  Popular opinion seems to favor the death penalty.

However, death penalty cases involve what we call due process:  judges and juries must listen to the evidence and arguments presented by trained legal professionals, and reach the conclusion that this individual deserves to die.

One of the two objections to the death penalty, the one that is the more cogent in practice, is that given human fallibility it is entirely possible that we are killing the wrong person.  That criminals on death row are later released (not usually because they have been exonerated but because some flaw in the legal process leading to their conviction or sentencing has been identified) certainly demonstrates that fallibility.  That, though, only means that were we completely certain of the guilt and desert of the criminal the sentence would be accepted.  The more significant objection, in our present concern, is whether anyone ever deserves to be killed.  As Gandalf says to Frodo, many died fighting in the war who should have lived; if you are unable to restore them to life, do not be overly quick to take life from another, however guilty you might think him.  We might agree that someone ought to die, but object to the notion that any of us therefore ought to kill him.  So we have this argument, and gradually more and more of the country is rejecting capital punishment.

However, we are having this argument precisely because we have an agreed moral/ethical principle that it is wrong to kill another human being, and we disagree as to whether this is a viable exception to that rule.  Yet if it is, it is based on the conclusion that this person deserves to die.

No one has attempted to say that the aborted child deserved to die, or if they did it was by transference of hatred toward the parent to the child.

That leaves only the most difficult example:

We kill in war.

Yes, we do, and we consider such killing justified, at least when we do it.  Yet it is important to understand why.

There were quite a few wars in the twentieth century.  They occurred for one of two reasons:

Throughout the twentieth century, the United States has always sided with groups we perceived as the oppressed or threatened and against the aggressors.  Our justification for being involved in the war was always the defense of third persons or, ultimately, defense of ourselves.  Our motives might be impugned in many instances–did we defend Kuwait for the sake of Kuwait or because of American oil interests?–but enough of us considered the defense of the people of one country from the aggressions of another a viable moral basis for becoming involved in a war that had already started that these fit the general pattern.  We do not approve war; we do not find it acceptable to wage war for any interests other than stopping someone else’s aggression or oppression.

The reasons for killing in war again do not apply to killing an unborn child.

There are ultimately only three questions concerning abortion:

I thus disagree that our society has accepted killing, in the sense that it is acceptable to kill another human being.  If we had, the attacks on the World Trade Center and the Boston Marathon would not have been crimes.  We pretend that abortion is a justifiable killing because the victim is unable to speak for himself.  That applies, though, to thousands of infant, handicapped, and elderly persons, and society is not ready to justify the killings of those people, because we recognize them to be people and do not regard the killing of people as “acceptable”.