This is mark Joseph “young” blog entry #410, on the subject of When to Pray.

I often mention that I’ve been studying the Bible since I had The Golden Book of Bible Stories as a preschooler, and I was saying grace before meals and prayers before bed back then as well.  However, the issue of when a believer should say prayers and spend time in scripture sometimes arises, and although I addressed this some in What Does God Expect? it is worth revisiting here.  We are instructed to “pray without ceasing”, but few of us manage even to approach that, and even with the notion of a constant attitude of prayer, specific times of prayer and study still seem necessary. 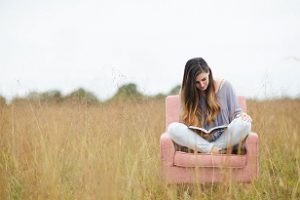 It was apparent that I was more immersed in the Bible than most of my peers when in eighth grade the local Presbyterian church we had only recently begun attending selected me as one of their two representatives on the NBC radio Bible quiz, and we advanced to the finals.  I inherently recognized the importance of reading and understanding scripture, and immersed myself in it frequently.  I recall one occasion on which I was applying a highlighter to a copy of the Revised Standard Version while riding in a school bus to a marching band competition.  Yet it wasn’t until I was in college that I recognized the importance of regular prayer and study.  By “regular” at that time I meant “daily”, with some kind of prayer list, a minimum amount of time, a specified reading plan, and a scheduled timeslot.  I have learned much about each of those aspects, and adjusted them many times over the decades, but it is that last that I thought to address here.  I received advice on it from many quarters, although not much of it was all that helpful.

Many who have been dynamic figures in the faith have pressed the notion that every day should begin not merely with, “Good morning, Lord, I’m awake now, thank you,” but with an extended time in prayer and study.  Someone has said that if he is anticipating a particularly long and busy day, he gets up three hours earlier to spend the extra time in prayer.  I admire people who do that, and if you can, knock yourself out.  I am not a morning person, and when I have tried to do devotions early I have generally found myself falling asleep on top of the Bible.  I had to accept that morning devotions did not work for me.

The second option was obvious:  always make sure you get your devotions in before bed.  This suffered a similar fate, and although it was usually easier for me to push myself to stay up later than to get up earlier, there were still many times when I was struggling to stay awake while reading and praying.  The additional complication was that as long as I was single I could try to stay up later and pay the penalty in morning weariness, but once I was married my wife was always calling me to come to bed, and I realized that this was complicating my married life.

Malcolm Smith had some excellent advice on this.  It doesn’t matter when you pray and study, as long as you do, and a regular schedule will help ensure that you do.  For some people with rigorous schedules, securing a private room during the scheduled lunch break is a viable option.  Alas, never having had that kind of structure, I had to carve the time from my home life for most of my life.

That made it a bit hit-or-miss, that there would be days when I did not get to pray more than–well, over the years I’ve learned to pray when I hear sirens, when I’m driving long stretches alone, and at other odd moments.  Establishing prayer triggers is helpful in this regard, and if you see the flashing lights of an emergency vehicle that’s a good reason to pray even if they are not coming for you.  This is the value of “grace” before meals and prayers before bed and other “ritual” prayers, that they remind us we should always be praying and call us to do so at this moment.  But that’s not the same as putting aside time to spend with God, and the latter is important.

As life is now, it’s rare that I have two consecutive days with schedules at all similar.  As a consequence, I have developed an attitude that whenever I have a reasonable opportunity to get alone for an hour, I open my prayer list, start a timer, and start praying.  If I get interrupted, I usually try to pause the timer and return to it at my earliest opportunity.

I don’t always get the full hour into the day, but that’s fine.  This isn’t a law; it’s a privilege.  I don’t always eat breakfast, or lunch, or indeed a decent scheduled meal to which I can attach a name.  Life is like that.  Spending some of it with God is a priority, but it’s not a requirement.  I make the time when I can, and go from there.

I also try to include in my day other activities that have me focused on my faith–such as writing this article.  Exactly what you do with your quiet time doesn’t have to be much more consistent than exactly what you eat at your mealtimes.  What matters is focusing your life on Christ.  Doing so through specifically focused times helps that, but if it doesn’t always work out God is not upset.