This is mark Joseph “young” blog entry #384, on the subject of Game Ideas Unlimited:  Introduction.

I must begin by thanking Regis Pannier and the team at the Places to Go, People to Be French edition for locating copies of many of the Game Ideas Unlimited articles which were lost with the crash of the Gaming Outpost website on which they were originally published.  An effort has begun to restore as many of these as possible as entries in the RPG-ology series at the Christian Gamers Guild.  However, the first article in the original series was primarily an introduction to the author–that is, to me–and as I had been introduced in several articles in Christian Gamers Guild series (Faith and Gaming and Faith in Play in addition to the one already linked)  it was decided that the additional redundancy of yet another introduction was unnecessary.

I suppose the same argument could be made here.  However, at the Christian Gamers Guild there is the limit that I post two articles a month, one in each series (sometimes an extra here or there if there’s something that needs to be posted that doesn’t fit either of the series), and here the limit is really just that I need to post things when I have something to post.  In the interest of historical completeness I am here publishing the original first article in the Game Ideas Unlimited series.  It was originally published June 1st, 2001.  The links have been updated where possible and necessary, and there are a few [bracketed] editorial notes. 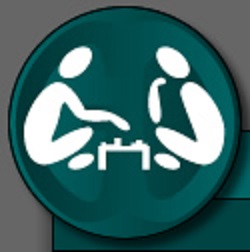