This is mark Joseph “young” blog entry #374, on the subject of Christian Instrumental Music.

Quite a few years back my wife and I picked up a pair of soprano recorders, and within a few days were playing a duet of the hymn Glorious Things to Thee Are Spoken.  One night a gamer friend, Bob Schretzman, visited, and we played it for him.  He thanked us for playing one of his favorite songs, Deutschland Uber Alles, the German national anthem. 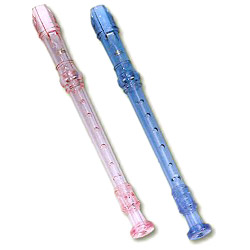 That came back to me this morning as the local Christian radio station played an instrumental version of a spiritual song, and it being familiar to me I had the words to the first verse running through my head–but I only remembered the first verse, so when the music repeated, so did those words.  That got me wondering.

I’ve previously noted that Christian record producer and recording artist Chris Christian (who discovered Amy Grant) disdained Christian instrumental music, challenging that what makes music Christian is the words.  He would sit on stage and play Alley Cat, and at the end of each line speak a word related to Christianity, and suggest that made it a Christian song.  I have a hard time disagreeing with that.  I know that when I hear instrumental versions of What Child Is This, particularly around Christmas, those words are in my head–but I won’t swear that at other times of the year I don’t hear the words to Greensleeves, and I’m sure there are many out there for whom those are the first lyrics that come to mind for that melody.  The Reformers often put Christian words to bawdy bar songs, because their converts knew the music; at what point did those become Christian melodies?  It certainly seems that what makes music Christian is the words.

On the other hand, Johann Sebastian Bach expressed the view that all of his music was written to glorify God.  We can certainly see that in the hundreds of chorales, the B Minor Mass, and other choral works–but how many of us are moved to worship by the Tocatta and Fugue in D Minor or the wealth of other fugues he wrote for organ or orchestra or chamber ensembles?  Does the fact that he says it is Christian music make it so?  Someone has written words celebrating Christmas to fit Pachelbel’s Canon; does that make the original song Christian?  What of Christian bands that do what would be called parodies of secular hits, replacing the original lyrics with Christian words?  In my 1970s band The Last Psalm our soprano sang the words to Amazing Grace to the music of The House of the Rising Sun (although I heard someone else do that first, and stole the idea from them); does that sanctify the music such that a folk song about life in a brothel becomes suitable as a Christian instrumental?

Perhaps we would like to claim that all music is ultimately Christian, and we might do that by asserting that all creative efforts are imitations of the image of God and so glorify Him to the degree that they in their greatness reflect His.  If music is a medium of communication, perhaps it can communicate something about God without being bound to words.  Yet Tubal-cain, father of all who played the pipe, was a descendant of Cain, not Seth, and so we might argue that all music is inherently secular unless it is somehow redeemed.

I lack the answer to this question.  I know musicians who perform instrumental music they assert is Christian, and it is usually arrangements of familiar hymns or other songs of faith.  I even have a collection of midi instrumental recordings of nine Christmas songs I arranged that I often play around the holidays.  Yet it still seems to me that for music to be Christian it must inspire thoughts of faith, and that seems to require words.

But then I come back to Bach, and wonder whether there is Christian instrumental music which inspires us to faith without using words.

One thought on “#374: Christian Instrumental Music”