This is mark Joseph “young” blog entry #259, on the subject of Saying No to Public Employee Union Agency Fees.

Four decades ago the Supreme Court handed down a decision in a case entitled Abood v. Detroit Bd. of Ed., 431 U. S. 209 (1977).  In it the Court ruled that it was not a violation of constitutional rights for unions representing public employees to charge what was called an “agency fee” to all public employees who were not members of the authorized public employees’ union.  Since the law required that the union represent such non-members equally with members (that is, same pay, benefits, and protections), the rule was intended to prevent “free riders” who got the benefits of union representation, union pay and benefits, without paying for it.

This year, in Mark Janus v. American Federation of State, County, and Municipal Employees, Council 31, et al., 585 U. S. ____ (2018) they announced that they were wrong, and overturned the precedent. 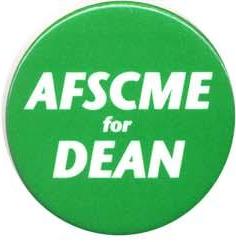 This is not entirely unknown, but it is rare.  The Court has a rule it calls a doctrine and names stare decisis, which in essence means the decision stands.  It happens sometimes, but usually the Court puts a lot of work into making it possible for any previous decision to still be enforceable in narrower circumstances and new rules to apply to most cases.  That did not happen this time.  Janus overturned Aboud.  According to the Court, requiring persons who do not agree with union policies to pay to support the union is a First Amendment violation, because it compels such persons to support speech with which they disagree.

To begin to understand this, we need to recall that money is fungible–something we discussed in our second web log entry nearly five years ago, and which the majority opinion mentions.  To recall the example, if I have a dollar and I’m going to go to the corner store to buy candy and comic books, it’s likely that I’ll wind up with fifty cents’ worth of each.  If, though, my mother gives me another dollar, and tells me that I am not to spend any of the money she gives me on candy, I will spend her dollar on comic books and my dollar on candy, and now I have twice as much candy because she paid for the comic books enabling me to rebudget my own funds to cover more candy.  In much the same way, the money given by non-members to cover the “costs of negotiating”, even if our bookkeeper tells us that all of it went to that purpose, probably frees funds to go for other purposes we might not approve.

More fundamentally, though, Janus argued that the very act of negotiating with the government for pay and benefits is itself a fundamentally political action and thus a form of political speech.  Janus says that he is not of the opinion that the State of Illinois where he works should raise salaries for unionized public employees; the state has the lowest credit rating of any state in history because of its overspending and indebtedness.  Janus opposes the union’s argument that the state needs to raise taxes to increase salaries and benefits for state workers.  He thus highlights the fact that asking for money from the state is fundamentally political speech, and being required to subsidize the bargaining process makes him party to that speech against his will.

For what it’s worth, almost immediately upon the release of the opinion, many liberal lobbying groups sent emergency funding requests to supporters, claiming that they will have to make up for the shortfall they expect to incur since public sector unions will have less money to give them–this according to the New York Times (as cited by Investors.com).  It is of course possible that these groups are lying to their supporters, that in fact the unions have not been misusing non-member money to support political causes and there will be no reduction in such support, but the fear of it makes a good campaign motivator to bring in more.  Preferring to think better of them, we are forced to face the possibility that indeed the union has been using non-member agency fee money to support political causes and lying about it in their accounting (or perhaps believing that they have very little chance of being taken to court over it and at least a fair chance of winning the case if they are).  So one way or another, the liberals appear in a bad light:  either they have been lying about the inappropriate use of non-member money to support political objectives, or they are lying now about anticipating a reduction in the money available for such objectives.

Or perhaps they’re expecting to lose revenue due to a mass exodus of union members.  Why, though, would that be?  If people believe in the union, would they not want to support the union and be part of the union process?  Or is it the case that vast numbers of public employee union members feel coerced into membership because it has cost nearly as much not to belong as it did to belong?

It has also been reported that a Democratic New York State Senator is proposing legislation to end-run this by permitting the public employee unions to include in negotiations payment from the state to cover the costs of representing non-members.  Seriously, if it is an impingement on free speech to require non-member public employees to pay costs of the union which benefits them in negotiations, it must be far more so to require it of taxpayers whose only connection to this is that they have to pay the amount given to the union.  They seem confused to me.

Justice Kagan’s dissent culminates in an insistence that Abood should stand primarily because of stare decisis, and because of the extensive reliance on the decision.  She notes that at least twenty-two states are going to have to legislate new laws regarding their public service unions, and thousands of contracts relying on agency fees will have to be renegotiated.

Before she reaches that point, she in essence reargues Abood, asserting that it is good law well founded and that the majority overturned it merely because the majority didn’t like it.

The fundamental point of Abood was always that it is to the benefit of the government’s ability to manage its employees to have them represented by exclusive negotiators, unions, which are well-funded and independent of government.  Agency fees were considered a reasonable way to achieve that.  She further argues that (application aside) the Abood distinction between political spending and costs of bargaining and contract management is a clear one.  She objects outright to the notion that the question of whether governments should give their public employees more in salary and benefits is a political one within the context of the employer-employee relationship, because it is essential to that relationship.  She further forecasts a gloomy future in which the number of “free riders” increases as union members recognize how much they can save by leaving the union coupled with the fact that the union must continue to represent them equally whether they are members or not.

Wait a minute.  Did I already say that?

It is not at all clear that unions will be unable to function without the agency fee support.  It is certainly the case that unions have abused the “chargeable/non-chargeable” distinction of Abood (is it really credible that three quarters of the cost of union membership goes exclusively to union contract negotiation and administration costs?).  It is also the case that public sector unions appear to operate successfully in states which do not permit agency fees.

I am not persuaded that this will cause all the chaos predicted.  It does not change the exclusive negotiator rule, that is, if you are not a union member but are in a public employee union shop the union is still your exclusive representative for negotiations.  Nor will it completely eliminate union membership, since one must be a union member to have any impact on policy.  It will weaken unions some; they will have less money to spend on their political pursuits.  However, there is a serious issue concerning whether public employee unions ought to be involved in political pursuits at all, and if we believe that the unions as a whole have a right to speak on issues of public concern, we must also believe that public employees individually have the right not to support those entities with which they disagree.