This is mark Joseph “young” blog entry #255, on the subject of On Sveen:  Divorcees, Check Your Beneficiaries.

It’s a good thing it’s summertime, because the Supreme Court is taking us back to Minnesota, this time for Sveen et al. v. Melin and the first look at the Contracts Clause of the Constitution in a quarter of a century.  Sound dull and esoteric?  Well, no–it cost Kaye Melin a substantial amount of money, and might similarly impact an unknown number of divorcees throughout the country.  As Ambrose Bierce once said, “Death is not the end; there remains the litigation over the estate.”

Let’s start with the facts. 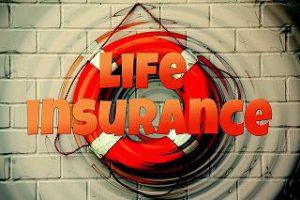 In 1997 Mark Sveen, father of two children by a previous marriage, married Kaye Melin.  The next year he bought a life insurance policy, naming her as beneficiary and his two children as contingent beneficiaries.  The ordinary expectation with life insurance is that it is a contract, that upon the death of the insured a sum of money will be paid to the primary beneficiary or beneficiaries, but in the event that the primary beneficiary predeceases the insured the money will be paid to the contingent beneficiary or beneficiaries; if they have also died, the money is paid into the estate to be distributed in accordance with the will or by the laws applying to intestate estates.

In 2007 the couple divorced, apparently amicably.

Apparently neither of them had been made aware that in 2002 the Minnesota legislature passed a law stating that when a couple divorces each divorced spouse is automatically removed as beneficiary from any legal documents of the other.  It was apparently a surprise to Melin.  She claims that she and Sveen specifically left her as beneficiary on that policy partly because they were still friends and partly because the payments were made from their joint account.  However, the stepchildren claimed the money was theirs, based on this law.

The trial court agreed with the stepchildren, the Circuit Court overturned in favor of the divorced spouse, and the Supreme Court has just restored the original judgment.  Women’s groups are aghast, and Melin appears to have been cheated of her reasonably expected benefit by the stroke of a legislative pen of which she had no notice.

Justice Gorsuch is on the side of the women.  He says that there is absolutely no way that the application of this law in this situation can survive even modest scrutiny under the Contracts Clause of the United States Constitution.

The Contracts Clause appears in Article I Section 10 Clause 1.  It reads “No State shall enter into any Treaty, Alliance, or Confederation; grant Letters of Marque and Reprisal; coin Money; emit Bills of Credit; make any Thing but gold and silver Coin a Tender in Payment of Debts; pass any Bill of Attainder, ex post facto Law, or Law impairing the Obligation of Contracts, or grant any Title of Nobility.”  The critical point is the “Law impairing the Obligation of Contracts”.  Everyone agrees that this was because early state legislatures were often passing private legislation excusing influential citizens of debts to foreign creditors, and the Federal government (particularly the Federalist party) saw the danger that such unilateral cancelations of loan contracts would impede much-needed foreign capital investment in the new nation.

Gorsuch agrees that it would be possible for Minnesota to pass such a law which going forward impacted future insurance contracts.  That is, once the law is on the books it is presumed that anyone buying a life insurance contract is made aware that divorce will alter the beneficiary status, because the law exists.  However, the point of the Contracts Clause is to prevent states from altering contracts retroactively–that is, whatever Sveen believed he was contracting at the time he purchased the policy is what Sveen should get, and that means that since he named Melin as beneficiary and had no notice at the time that this would be changed without his knowledge or explicit consent, he should get what the contract says, and that means his primary beneficiary Melin should receive the proceeds.

Justice Kagan, writing for the 8-member majority, disagrees.  She says that the State is simply creating by law what it perceives to be the normal expectation of divorcees, that if they have failed to remove their divorced spouse as beneficiary on their policies it is undoubtedly an oversight.  Melin’s claims to the contrary in this case are immaterial, and the law certainly permitted Sveen to contact his insurer and reinstate his divorced wife as beneficiary, so it was a simple matter to correct.  Indeed, had the life insurance policy been included in the divorce settlement decree, that would have overridden the effect of the law.  Further, Sveen has lost nothing because the insurance policy was paid to his contingent beneficiaries; he has gotten what he wanted.  No significant term of the policy was altered.

If that sounds like garbage to you, it did to Gorsuch, too.  Even the majority admits that the beneficiary is a significant part of the contract, and Gorsuch would say the most significant part.  There was evidence that Sveen did not “change” the policy to “restore” the initial primary beneficiary because he was unaware that any such change was necessary–his copies named Melin, and Melin’s testimony suggests that this was what he wanted.  The notion that failing to remove a divorced spouse as beneficiary would be a simple oversight but that failing to restore such a spouse to that position without any notice that it had changed could not possibly be an oversight is completely incomprehensible.

However, even the dissent agrees that laws such as the one in Minnesota can affect subsequently purchased policies and trusts and similar financial instruments, and the majority has stated that they can be retroactive.  Quite a few states have such laws, which are an ordinary part of state regulation of the interpretation of the intent of a decedent where any point is unclear.

Thus the short version is this warning:  if you have gotten divorced and you have any legal instruments by which one spouse has named the other as beneficiary, and these have not been specifically assigned in the divorce decree, check to be sure that these will be treated according to your expectations and not cancelled by a state law of which you are unaware which is attempting to enforce what the legislature presumes is your actual intent despite your contractual statement otherwise.