This is mark Joseph “young” blog entry #112, on the subject of Isn’t It Obvious.

I keep a beverage cup on my desk–usually root beer, usually Barq’s® (I joke that I once had a terrible Coke® habit–two to three liters per day).  It has a lid so that when I inevitably upset it any spill will be minimal.  I recently acquired a replacement for a worn cup, this one with a threaded lid and an airtight stopper.  Twice, maybe thrice, when securing the lid I managed to force beverage out through the threads down the side of the cup and over my hands.  I thought, there must be a way to avoid that–and then I immediately recognized what caused the problem and how to prevent it, and implemented the solution.

A few days later someone was visiting who fancies himself rather intelligent, and he poured some of our coffee into a very similar cup, tightened the lid, and squirted coffee on his hand and the counter.  Helping him clean it up, I gave him the solution to the problem.  To my surprise he responded, “I don’t think I ever would have thought of that.”  Then I recounted all of this to someone I think intelligent (who also has the same kind of cup and admitted having the same problem), who replied, “I don’t think I would have thought of that, either.”

I thought the solution obvious, but I’ll delay telling you what it is in case you want to think about it for a moment. 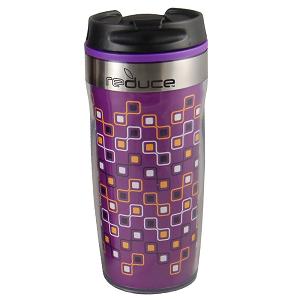 When I was in law school, sitting in Professor Lipkin’s Jurisprudence seminar (I have mentioned him before, and have since learned that he has died), he asked a question, and immediately pointed at me and said I was not permitted to answer.  The question was one concerning a problem consistent with my experience, so maybe it’s just because the other students, almost a decade younger, did not have the same experience.  That experience was an enigma about whether or not to hold a door for a girl (or group of girls).  Some girls at that time still believed that gentlemen ought to hold doors for ladies, and were very offended if you were rude enough not to do so; others believed that it was chauvinistic for a man to give special treatment of that sort to a woman, and would be very offended if you did.  The question was how to avoid offending anyone.  When the class was stumped, I provided the same answer he had found.  It just seemed obvious to me.

I have spent a lot of time answering questions about time travel and writing analyses of time travel movies over the years, and sometimes I simply don’t understand why a correspondent or reader does not understand.

When I was about twelve or thirteen I met a kid who wrote songs, and I learned how to write songs from working with him.  I eventually became very good, but I have always had this attitude that anyone can learn to write a song if they apply themselves to learning how to do it.  That might be true.  I think I write some very good songs; I think I’ve written some very bad ones, and that through practice I got better.  Writing music and lyrics seems easy.

I realize that this might sound like I am saying, Look how smart I am.  I don’t feel smart.  I think it was Freeman Dyson who once when asked if he ever wondered why he was so smart answered not exactly, what he wondered was why everyone else was so stupid.  I’ve not had that experience.  Rather, I recognize that there are some things which come quite easily to me and others which I cannot do well at all.  I am awed by people (like my sister) who become fluent in multiple languages, because I struggle with languages despite my grasp of English and of grammar and syntax in the abstract.  I have no skill with the visual arts; my drawings are always warped and out of perspective, and when people ask my opinion of their work I always tell them they are asking the wrong person, they should talk to one of my artists.  I have also learned over time that for all of us, the things which come easily to us we suppose are easy, and the things with which we struggle we think are difficult.  Math is a good example.  Someone–a machinist at a factory where I worked as a security guard–once suggested to me that I could with very little practice add a column of two-digit numbers in my head.  I’d never tried, never even imagined that I could do that, but it wasn’t really that difficult once I got it in mind to do it that way (instead of adding the right column, carrying, and adding the left column).  Simple math seems simple to me; I have no experience with calculus and none worth mentioning with trigonometry.  Yet many people struggle with math, while others enjoy it and like to play math games.  (I don’t like math games; they feel like busy work to me.)

What seems obvious to me might be completely opaque to you, but I would wager that there are things that seem obvious to you that are just as opaque to me.  I actually am as smart as all that, but there are many things I can’t do, and probably you can do many of them far better than I.

Hold the door for everybody.