This is mark Joseph “young” blog entry #115, on the subject of Disregarding Facts About Sexual Preference.

I am aware that it is “politically correct” to regard homosexuality as normal, and to assert that homosexuals are born that way and cannot help being as they are.  It has already been established that I do not believe that, and if being politically correct means pretending that lies are true I am going to have to be politically incorrect (a phrase I was using before it was commandeered by a comedian for his talk show).  Opinions are fairly set on this issue, and the battle is going to rage for most of the next generation.  I don’t mind that people disagree with me.  There are facts on the other side, just as there are facts on this side.  What I dislike is when people ignore the facts that support the position with which they disagree. 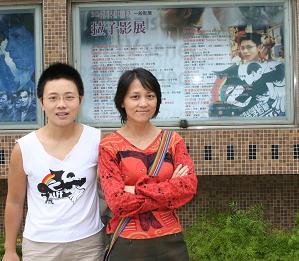 I was moved to consider this by a television show.  It has become extremely common for television shows to give us likeable homosexual characters, in an effort to make homosexuality seem normal.  It’s a mistake, I think, but people in media recognize that they have a lot influence and attempt to use it.  I remember that my wife had a favorite television show featuring a favorite actor, and then the lead character’s girlfriend got pregnant and (over his objections) chose to get an abortion.  My wife never watched the show again, because she could not look at a woman who would do that to her baby without crying, and so the show lost its entertainment value.  It must not have been only her, though, because within a season the girlfriend, a regular from the beginning, was written out of the show, and the series failed by the end of the next season.  People were offended.  I tried to continue liking Buffy the Vampire Slayer after they decided to make Willow homosexual, but I it just upset me too badly that her life was being so destroyed, and the more so that it was done for a political message.  There was a show launched a year or so ago which sounded really interesting and I started watching it rather faithfully, but I couldn’t get past the excessive homosexual sex in it despite the truly fascinating ongoing mystery that was the primary plotline.  If you want to lose audience for an entertainment show, make a bold statement that is bound to offend a large number of viewers, and stick to it.

In the particular show which inspired these current thoughts, there is tension between an elderly widow and her homosexual daughter.  The resolution of the show came about when the mother came to understand that her daughter’s sexuality was not the mother’s fault, that it did not work that way but she was simply born homosexual.  Maybe she was; the jury is still out on that.  However, a picture had been painted of her parents as a couple who possibly never loved each other, the mother terrified of the father for their entire marriage.  How can this not have impacted the daughter?  We are wrong to imagine that our future marriages will be just like those of our parents, but we do it anyway even when we want to make it different, and a girl growing up in such a house would stand a very good chance of being conditioned to fear men and turn elsewhere for affection.  I don’t mean to blame the mother–“fault” for harming someone when acting with the best of intentions but limited knowledge does not always mean “culpability” for the outcome–but I think we’re ignoring a lot of facts when we assert that the environmental factors were irrelevant.

Of course, it’s only a television show, and in fiction the writers can always tell us that things are the way the show says they are.  That the daughter of this fear-filled loveless marriage becomes a lesbian proves nothing, because it’s only what the writers decided.  Still, just as the characters in the story seem to be ignoring the obvious fact that the child grew up to fear men, those who assert that homosexuality is entirely genetic and not at all environmental seem to be ignoring similar facts in reality.

Decades ago I worked with a young man who in his spare time often visited lesbian hangouts and got to know the girls.  He said he never met one who had not been badly hurt by a man at some point–a father, brother, husband, boyfriend, rapist, someone who left her fearful of or angry at men.  There are easily a thousand plausible explanations for that.  He might simply never have met one who didn’t fit the pattern, or he might have assumed that those who didn’t tell him of such a history did not want to discuss it.  Yet it is data:  many lesbian women appear to have rejected men because of abuse or hurt in their past.  It is at least plausible that environment, and not heredity, is the cause of their homosexuality.

I agree that there might be hereditary factors.  As with alcoholism, some might be born with a genetic predisposition to this particular temptation, and as with alcoholism experimentation might trigger it more quickly in those who are more susceptible.  But when those who want it to be entirely hereditary attempt to deny that there are any environmental factors, that those who are sexually attracted to members of the same sex could not possibly not have been, it is almost certainly because that is the answer they want, not the answer the evidence supports.

Believe what you think the evidence supports; defend your position.  Don’t suppose that you can ignore evidence and still make your position credible.