This is mark Joseph “young” blog entry #75, on the subject of Musical Influences.

I don’t know why I’m writing this; I don’t know whether anyone is interested in reading it.  However, I recently heard that a not-quite-local Christian blues band (is that an oxymoron?  No, probably not) was seeking a bass guitar player, and they politely said they were not interested in me without giving a reason.  It might be, though, because I’ve never done blues; it might simply be that I am too far away from them.  However, it got me thinking about what kind of music I actually do, and the answer is I’m very eclectic, but the reasons for that undoubtedly at some level relate to my influences.

Anyway, even though in the scores of artists I have interviewed I don’t think I ever asked one of them this, it strikes me as the kind of question interviewers ask musicians (or at least they do if they think anyone cares):  who are your influences, what artists or musicians have led you to do the kind of music you do?  The answer is never simple, of course, but it’s worth considering. 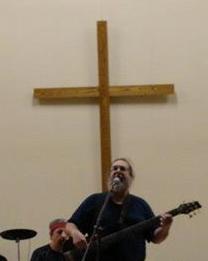 Of course, anyone in my generation, and probably anyone since my generation, who does this really has to acknowledge The Beatles.  It isn’t just that I have probably heard, and maybe even learned, more Beatle songs than any other single artist or composer, it is that they in essence redefined music for a generation.  They would have influenced me directly, but also through the fact that they influenced just about every other artist who influenced me.

The same could be said–and probably is not said often enough–about Johann Sebastian Bach.  Face it, he might not have invented anything, but his mastery of both block harmony and counterpoint means that most of western music theory was developed by studying his work.  I learned a great deal about vocal harmony from that, and also attempted feebly to emulate some of his wonderful counterpoint.  I probably do more counterpoint than a lot of other contemporary artists, simply because most contemporary artists don’t even attempt it, and I love it when it works.  I got most of it from him.

I was always heavily influenced by just about anyone who did anything significant with multiple vocals, but particularly (in chronological order) Simon and Garfunkle, Three Dog Night, Crosby Stills and Nash, Second Chapter of Acts, and, very late in the game, Glad.  Glad also had some influence on me otherwise, because they were so like Chicago, whose influence on my instrumental approach probably goes back to their first album.  They, too, were eclectic, with strong jazz and rock influences.  I played saxophone and guitar at various times in the high school stage band, and always admired bands like them, Blood Sweat and Tears, and Lighthouse, who mixed jazz into a rock sound.

I was also strongly influenced by Randall Thompson, the twentieth century choral composer whose work is so remarkable.  I don’t often achieve anything I think worthy of him, but sometimes my vocal arrangements owe a lot to him.  I should also mention Charles Ives, whose modern dissonances often find their way into some of the songs with which I’m most pleased; Francis Poulenc should also be mentioned there; although my exposure to him is significantly less, it was confirming some of the insights I learned from Ives.

There are undoubtedly hundreds of others who impacted me in one way or another.  I heard, learned, and performed works by Dvorak and Holst and Mendelsohn and Mozart, Led Zepellin and Iron Butterfly, Peter Paul and Mary and The Mamas and the Papas, and countless others.

I do not remember the names of all the music teachers I have had over the years, from Mrs. Poznanski (hey, I was in grade school, I have no idea how she spelled it) and Mr. Tronolone back in elementary school and others along the way, but most particularly Ramsey High School’s choral director Edwin Cargill (who taught me how to sightread, much about proper vocal technique, and ran drills for listening to four part harmony and writing out the parts) and band director Robert Bednar (who taught an advanced music theory class and took the time to explain a lot about theory and performance along the way).  My father and Mr. Bednar both played jazz saxophone, but I don’t know whether they ever knew that about each other.

It occurs to me that I should also mention John “Jay” Fedigan, who really demonstrated for me how to write a song instead of a symphony; Art Robbins, with whom I wrote a few songs in the early days; Jeff Zurheide who at least inspired quite a bit if he didn’t actually work with me on any of it; and my parents, who never wanted me to be a musician but did want me to learn to play an instrument and indulged my interest in playing all of them and singing as much as possible, and who exposed me to a considerable variety of other artists and styles from Benny Goodman and Mitch Miller to the early classical composers and the pop music of the early twentieth century.

A complete list would be impossible, but these seem to be the highlights.

One thought on “#75: Musical Influences”