This is mark Joseph “young” blog entry #298, on the subject of Taxing Corporations.

Periodically we will read that some particular major corporation paid no federal income tax, and many of us react in horror.  Here we are surrendering large chunks of our hard-earned wages while these companies who pull in millions of dollars get to keep it all.  Those corporations ought to be paying their share; they ought to be paying our share, with how much money they have.

But beneath this there is another problem, a question of whether corporations should be paying income tax at all, and when we look deeply at that problem we hit problems of double taxation and equitable treatment. 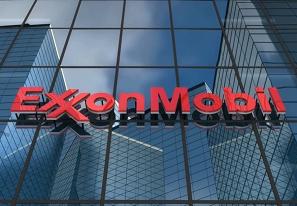 There are a lot of ways in which the law treats corporations as if they were people.  They can sue and be sued; they have to obey laws, and they can own property.  But they aren’t people, and the law has to recognize this as well.  A corporation is fundamentally a piece of property that is owned by a lot of people–the shareholders.  When the corporation makes money, that money quite literally belongs to those people, even though they don’t have it.  They can get it.  If they want, they can vote to dissolve the corporation, sell its assets, and divide the money among the shareholders.  If they can’t agree to that, any one of them can sell his share in the company and take his money that way.  Periodically most corporations decide to take some of their income and pay it to their shareholders as “dividends”, giving everyone who owns the company a portion of the income they made.

It would be something like the government taking money out of your paycheck before your employer gives it to you, and then taxing you again when you cash the check to take money from your bank.  You would be livid if they taxed the same money twice.  Yet that is exactly what happens to shareholders when the government taxes a corporation and then taxes stockholder income from the corporation.  It is exactly as if you were taxed on your wages before they went into your bank account and again on the same money when you withdrew it from the bank.

Oh, but that’s all right, because only rich people own stock, right?

A great deal of stock is owned by banks, retirement accounts, pension plans, and other financial programs that are part of the finances of ordinary people.  If you have an interest-bearing bank account, or a company or government pension plan, or an investment account, or an insurance policy, it is almost certain that you, indirectly, own stock and are dependent on the income of probably quite a few corporations to make your money “grow”.  So that “corporate income” you want to tax is your own income, your pensions, your interest, your insurance.

Of course, corporations do pay income tax.  So why do some of them pay none?  We covered this quite a few years ago in our discussion of Taxation:  that they received billions in income doesn’t mean they turned a profit.  They probably payed billions in payroll, not to mention rent and mortgages, property taxes, utilities, and other expenses of production.  On top of this, they can probably deduct monies invested in advertising, in repairs to equipment and purchases of new equipment, in insurance premiums.  In some cases the costs involved in ensuring future income are deductible–research and development, new product testing, exploration for new resources.  At the end of the day it’s quite possible for a corporation to spend more than it made, just trying to make the money–and if your job cost you more than your paycheck delivered, you would expect your tax bill to be considerably lower.  We do let employees deduct from their taxable income expenses for specialized clothing, work-related transportation, job equipment, and other costs of earning the income.  We let corporations do the same thing.

So next time you hear that some corporation paid no income tax, don’t think they got away with something.  It might be because at the end of the year they spent more trying to make that money than they actually made.