This is mark Joseph “young” blog entry #287, on the subject of They Can’t Take Your Car.

I think most of us became aware of the criminal civil forfeiture rules from the original Miami Vice television series.  The narcotics division seemed to have an unbelievable budget, covering expensive sports cars, helicopters, mansions, and so much more.  What we learned was that the State of Florida had a law that permitted the seizure from criminals of any property used to facilitate the commission of a crime, and so our star detectives were outfitted and equipped with everything that had belonged to the major drug dealers they had arrested.  The program worked so well, about half the states in the Union adopted a similar program, enabling them to fund ongoing law enforcement operations from seized cash and property taken from those successfully convicted.

The programs work so well, they are often used against minor offenders, that is, persons committing minor offenses, when there is valuable or useful property coveted by local law enforcement officers.  The United States Supreme Court has now dealt that practice a significant setback, although it has not entirely eliminated it. 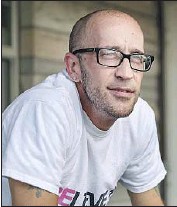 Having pled guilty to dealing in a controlled substance and conspiracy to commit theft, Timbs was sentenced to one year home detention and five years probation including a court-supervised addiction treatment program.  He was also ordered to pay fines and court costs totaling one thousand two hundred three dollars ($1203.00).  However, at the time of his arrest he was driving a Land Rover sport utility vehicle which he had purchased for forty-two thousand dollars ($42,000.00); it was established as a fact that the money for the SUV came from a life insurance policy payout upon the death of his father, and not from any criminal enterprise.  Asserting that the vehicle had been used to transport heroin, the state filed a claim for forfeiture in civil court.

The trial court denied the claim.  It observed that the maximum fine assessible against Timbs for the crimes for which he was convicted was ten thousand dollars ($10,000.00), and the value of the vehicle was over four times that amount not long before it was seized.  Citing the VIII Amendment prohibition against excessive fines (appropriately dubbed the Excessive Fines Clause), it maintained that such a forfeiture was a penalty disproportionate to the crime, and thus unconstitutional.

The Court of Appeals of Indiana agreed, but the Indiana Supreme Court reversed, stating that the Excessive Fines Clause did not apply to the states.

As originally passed, the Bill of Rights applied only to the Federal Government.  The passage of the XIV Amendment following the Civil War has been understood to cause nearly all the rights protected in it to apply equally against the States, with very few exceptions.  (The one exception noted by Ginsburg is the requirement that jury decisions must be unanimous, which apparently does not apply to the state courts.)  Ginsberg argues that the protection against unreasonable fines, like other VIII amendment protections such as excessive bail and cruel and unusual punishment, is “fundamental to our scheme of ordered liberty”, and thus applies as they do.

Justice Gorsuch agrees, with the quibble that it perhaps is not the Due Process clause of the XIV amendment but that amendment’s Privileges or Immunities clause that brings the VIII amendment to bear against the states, but agrees that this is not a significant matter in the present case.  That quibble is the basis of Justice Thomas’ concurrence.  He maintains that the concept of “due process” has been stretched beyond any reference to any process due to the citizen to cover exactly those privileges and immunities that were intended to have been covered by the other clause.

The bulk of both the majority opinion and Thomas’ concurrence consists of the history of the right against excessive fines, ranging from Magna Carta through the post Civil War passage of the XIV amendment, and is informative and interesting but not otherwise of consequence here.

The question, then, is what does the decision mean?

It does not mean that asset forfeiture has been swept away in all cases.  Rather, it means that the Indiana trial court was right:  the value of objects seized by law enforcement must be reasonable to the nature of the crime and the assets of the criminal.  Had Timbs transported the heroin in a three thousand dollar used car on which he was paying installments, we would not be having this discussion.  It remains to be seen whether Miami’s narcotics division will be able to argue that the nature of the crimes and the assets of the criminals in their war against drugs are high enough to justify seizing those assets for use in the fight, but they will have to be prepared to make that argument the next time they seize such assets.  The temptation for governments to fund their operations through fines rather than taxes has been dealt a setback, a limitation to which abused citizens can appeal in the future.  The protection of citizens against arbitrary seizure of property has been reinforced.