This is mark Joseph “young” blog entry #282, on the subject of The Fragility of Unborn Life Argument.

Sometime during the explosion of legal news surrounding the Supreme Court session (much of which still awaits my attention) I somewhere encountered the notion that aborting the unborn is permissible because so many of them die anyway.  Unborn children have such a high mortality rate, why would killing one be a big deal? 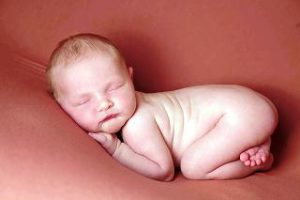 Talk about kicking a man when he’s down, this seems so wrong on so many levels.

I certainly recognize the fragility of unborn life.  We went through enough miscarriages that pregnancies became an occasion more for dread than hope.  Yet the fact that someone might die, even has a good chance of dying, is not ordinarily a good argument for killing him.

Consider baby seals.  People get all upset about other people killing them, when it is obvious that baby seals are a primary food source for sharks.  Seriously, what is the life expectancy of a baby seal?  O.K., part of the objection is that the methods used by seal hunters are perceived as particularly cruel, so maybe that’s not the best example.  I don’t know that being clubbed to death is more painful than being torn apart by a shark, but I understand the objection.

However, children also have a high mortality rate.  We have lowered the rates of infant mortality significantly in western countries, but they are still high in third world countries.  Should we say that the killing of children in undeveloped nations is not a big deal because they were likely to die anyway?  Indeed, how likely to die would be enough to put someone in this category?  Obviously unborn children do not all die, and apart from abortion a great number of them survive to be born–more now than ever before, again because we have improved our ability to keep people alive.

After all, fragility is relative.  People die all the time.  Many die suddenly of heart attacks, anaphylactic shock, strokes, traumatic accidents, often with no warning.  If a person is having a heart attack and can’t get medical attention, there is a high probability that he will die.  Does that make it O.K. to kill him?  If a person is struggling to escape from a burning vehicle and not likely to succeed, can I shoot him?

Seriously, what chance of death meets the minimum requirement for killing someone?  Is it thirty percent?  Is it sixty percent?  I am sure that the mortality rate of unborn children does not reach eighty percent, but would that be high enough?

It is one hundred percent likely that you will die.  After all, everyone does, eventually.  It probably won’t happen for a while–many years, if you’re lucky, but is that a long time?  You are unlikely to live to one hundred years.  Does that mean that killing you is not a big deal, because you were going to die soon enough anyway?  If the world were run by artificially intelligent machines, we mere humans would be short-lived beings probably perceived as wastes of resources–we die, and everything we have learned is lost.  To them, we are not better than insects, brief lives of limited ability who are going to die.  They might as well kill us now, because we are likely to die fairly soon anyway.

Why should that argument apply to the unborn, and not to you?

My Judeo-Christian scriptures tell me to protect the weak.  I see none weaker than these.  If someone wants to kill the weak, I am obligated to defend them.  Yet apart from this, I see that it is in my own self-interest to do so.  Dietrich Bonhoeffer, Lutheran minister and writer arrested by Adolph Hitler in World War II, said (perhaps paraphrasing–I cannot find the original quote),

You are also among the weak who are likely to die anyway, so why should society not be able to kill you?

Be careful of your judgements.