This is mark Joseph “young” blog entry #241, on the subject of Deportation of “Dangerous” Felons.

The United States Supreme Court decided a case entited Sessions v. Dimaya (84 U. S. ____ (2018)) which has created a bit of a stir.  The basics of the case are that the defendant/respondent Dimaya (pictured) is a long-time legal resident alien twice convicted of burglary under California law, and Immigration and Naturalization Services decided to deport him under a law that permits the deportation of any non-citizen who commits an “aggravated felony”, as defined by 18 U. S. C. §16, which includes the wording “any other offense that is a felony and that, by its nature, involves a substantial risk that physical force against the person or property of another may be used in the course of committing the offense.”  The majority opinion, written by Justice Kagan, held that that provision was “void for vagueness”, relying on a previous case which considered similar language in another statute.

What has the legal news world buzzing is that Justice Gorsuch concurred with most of that opinion, and with the judgment, although he also wrote a separate concurring opinion explaining his position.  Chief Justice Roberts and Justice Thomas both wrote dissenting opinions, and the court split five-four, Gorsuch viewed as the swing vote in a ruling that otherwise had the liberal members of the court in the majority. 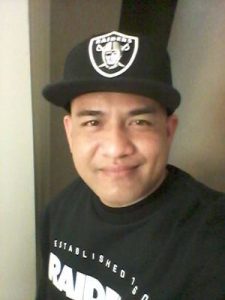 There is much about the case that is interesting, and some that is at least confusing, as it raises many varied legal issues and viewpoints.

The argument of the majority seems to be that there is no way to tell whether burglary is an aggravated felony.  The majority says that the statute would require the court to consider not the elements of the crime itself, nor the specifics of the facts of the case, but the “ordinary case”, and then demonstrates how foolish it is to attempt to identify the “ordinary case” of a wide range of serious felonies.  For example, is the ordinary case of kidnapping an armed ruffian grabbing a victim off the street at gunpoint and forcing him into a van to hold for ransom, or a non-custodial parent quietly picking up a child from school?  It becomes impossible to tell, they maintain, whether any given crime, in the “ordinary case”, is necessarily likely to be violent.

Already I am confused.

When I was prepping for the bar exam a quarter century back, I had to learn a list of what was I think ten “dangerous felonies”.  I remember the list, which included both actual and attempted versions of each crime, as including murder (intentional homicide), robbery (theft by force or threat of force), assault (threat of force), arson, rape, and riot–six out of ten, not too bad, and was burglary one of the ones I missed?  A quick internet search finds a felony murder list (well described at that link) to include kidnapping, rape, arson, robbery, and, yes, burglary.  It sounds to me like the Common Law recognizes burglary as a potentially dangerous felony.

Of course, therein lies part of the rub.  Burglary has a Common Law definition, but also a myriad of statutory definitions.  The Court seemed to think that the California statute under which Dimaya was convicted was broad enough to cover dishonest door-to-door salesmen, and that the question of whether such crimes were typically violent was extraordinarily difficult.

What, though, is burglary?  It’s complicated, because it’s what we call a double-intent crime.

If you were working on, say, a rooftop billboard, and you fell and crashed through a skylight into someone’s apartment, you would not be guilty of anything save perhaps some negligence.  You never intended to enter the apartment, and assuming you don’t then form the intent to stay there or commit a crime while on the premises, it’s just unfortunate.

If a storm is coming and you break into an abandoned warehouse for shelter, you’re guilty of breaking and entering and trespass, but as long as that’s all you do you’re not guilty of burglary.

Burglary, legally, means unlawful entry with the intent to commit a felony.  It is that second intention that makes it a serious crime.  Usually the felony is theft, and in the Dimaya case that was the felony involved.  Burglary is considered a violent felony in part because many of the crimes with which it is associated (to commit murder, rape, arson, et cetera) are violent, and in part because it is considered a risk that someone unlawfully entering a residence might encounter the resident leading to a violent confrontation.

However, noting that in the present case the issue involves a conviction for burglary as defined by a statute with a very broad sweep, the majority decided that it would be impossible for a judge to determine reliably what the “ordinary case” would be, and how great the potential risk of violence would be, and then that the standard itself is an ill-defined threshold, and thus identifying whether a particular case meets that requirement is an entirely subjective matter.  That, they assert, creates a Fifth Amendment Due Process issue.  Due Process of Law includes that citizens be on notice of exactly what is and is not illegal, and not be subject to the caprice of police, prosecutors, juries, and judges to decide what is and is not a violation.  Dimaya could not have known that his actions would count as violent felonies rising to the level required by the deportation statute, and thus he was not afforded the protection of due process.  Gorsuch agreed.

Roberts disagreed.  He argued that the text was not vague, and that any judge ought to be able to determine the degree of risk of violence in the ordinary case of a specified crime.  It’s not clear that he overcame the examples offered by the majority.

Thomas also dissented, but at a much deeper level.  He first asserts that “vagueness” doctrine is not consistent with the original meaning of Due Process, but does not pursue that far enough to overcome Gorsuch’ explanation as to why it is.  Thomas then states that the “ordinary case” analysis was something the Court itself invented and read into the previous statute, and that since it makes this statute unconstitutional to so read it but it is not actually in the statute, it is the Court’s fault and the Court should read it otherwise.  He says that the wording of the statute requires a specific circumstance analysis, that is, whether the person was convicted of a crime which under the facts of the case had a high risk of violence.

This is interesting, because as we noted the California burglary statue covers a lot of non-violent crimes and a lot of potentially violent ones.  Arguably residential burglary with the intent to commit theft stands a fairly high risk of a violent encounter with a resident homeowner–but Dimaya specifically targeted vacant residences, significantly reducing the probability of violence, and there was no indication that violence was ever even close to being used.  Thus the facts in the Dimaya case suggest that his particular burglaries were never more potentially violent than simple trespass, unless you count violence to property.  You can only call them dangerous felonies if you base it on some notion of the “ordinary case” that asserts these are more violent on average than his were.  That’s the analysis Thomas would reject.  However, he then wants to uphold the deportation, saying that the statute was not vague because at the time courts were unanimous in the opinion that burglary was a violent felony (which does not take into account the fact that Dimaya’s were not, which was the analysis Thomas was saying we should use).  So it does not appear that Thomas manages to give solid support to the outcome he wants.

However, the genuinely interesting contribution in this case is that of Gorsuch.  After arguing that Due Process requires fair notice, and thus that laws must be clear in their intent, and so agreeing with the majority that this law is not, he delves into a much deeper issue.  He asserts that the Separation of Powers doctrine requires that crimes must be defined by the legislature, the body of persons elected by and accountable to the people most directly, and not by the judiciary.  The legislature is not allowed to ignore this responsibility by telling judges or juries to decide whether any particular action is a crime; it must give specific parameters for what does and does not constitute one.

What is most interesting about this position is that were it consistently applied, it would undermine nearly all of our administrative law, from the IRS to the EPA to the FCC, because it nearly always involves Congress effectively stating broad parameters of an objective and executive branch agencies writing the actual regulations to be enforced.  By Gorsuch’ view, this would be unconstitutional, as such regulations were not written by the legislature but by the executive.  Such delegation of authority is not authorized by the Constitution, and thus would not be enforceable.

There is a serious question concerning whether it would even be possible for a modern state to function entirely by legislation without administrative agencies empowered to create and enforce regulations.  On the other hand, Gorsuch has a strong point, and just because an existing system is efficient and effective doesn’t mean we should overlook the fact that it might be unconstitutional.  Gorsuch may be laying the groundwork for an assault on that system–and libertarians and conservatives who favor smaller government will probably applaud those efforts.  It will be an interesting battle as it unfolds in the years ahead.

Meanwhile, Dimaya gets to stay in the country, because it can’t be determined whether burglary under the California statute ordinarily involves a high risk of violence or not.