This is mark Joseph “young” blog entry #14, on the subject of Two and a Half Years for Clearing a Browser History.

O.K., that is admittedly an overly dramatic heading, and not entirely accurate, but it is rather close to the truth of the matter.

The defendant was Khairullozhon Matanov, a twenty-four year old legally resident alien who drives a cab the Boston area.  He was a known associate of Tamerlan and Dzhokhar Tsarnaev, and had dinner with them following their attack on the Boston Marathon.  He apparently spoke with them several times after the bombing, then saw their pictures on the FBI and CNN websites, attempted to contact them again, and then went to the local police to be interviewed by a detective.  It has never been alleged that he was involved in the bombing or had any knowledge of it before hand nor any certain knowledge of it after the fact.  He was simply a friend of the bombers. 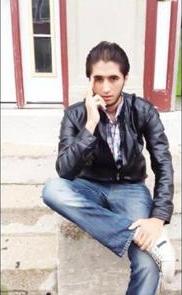 However, before he spoke to the police, he attempted to delete videos from his computer and erase his browser history, and to give his cell phone to someone else.  When he was interviewed he downplayed his relationship with the Tsarnaev brothers, and said that he had not seen them since having dinner with them several days before the bombing.  One can certainly understand why a Muslim citizen of Kyrgyzstan in the United States on a work visa would be reluctant to be seen as too closely associated with a pair of terrorist bombers, but the police still consider that obstruction of justice, an effort to lie to investigators in an ongoing investigation to obscure facts that might be relevant to the case.  The FBI seized his computer, questioned him, and charged him.

He pled guilty–not because he believed he had done anything illegal, but because conviction for the destruction of “any record, document, or tangible object with intent to obstruct a federal investigation” under the Sarbanes-Oxley Act can carry a sentence of up to twenty years in federal prison, and prosecutors were offering him a two-and-a-half-year sentence in a plea bargain agreement.

It seems fairly clear that Matanov was not involved in the bombing and knew nothing about it; it seems likely that even after the fact the Tsarnaevs remained tight-lipped and his repeated (mostly unanswered) calls to them were probably his effort to learn whether or not they were involved.  No one has asserted that there was any evidence on Matanov’s computer or cell phone of anything other than that he was a Muslim who knew and was in touch with the Tsarnaevs immediately before and after the bombing–the only evidence which could have been obtained from him would have related to the movements of the bombers over the long time before and after the attack.  However, he evidently thought that the combination of evidence that he was a Muslim and he knew the defendants was likely to lead investigators to suspect him of involvement in the bombings, and so he attempted to minimize any such evidence that they might find were they to investigate him.  The sentence seems a bit harsh for a gut fear response to the possibility of being implicated in a terrorist act, and it is not clear what it accomplishes, but he was probably right that the particular law under which he was charged was broad enough and severe enough that he could probably go away for a long time.  After all, he really was attempting to obstruct a federal investigation–he did not want them to know that he was friends with the bombers and had dinner with them that evening, because even to himself it probably seemed absurd that he would not have known they had committed this act.

I think it unlikely that I have any friends likely to become terrorist bombers in the near future, or indeed likely to be gunmen in the next tragic mass shooting.  Statistically that’s certainly true.  On the other hand, I’ve got a lot of Facebook “friends” and Twitter and Pinterest “followers” and LinkedIn “connections” and such, and I belong to several Yahoo! groups–I rub electronic elbows with a lot of people I’ve never met.  Further, I am pretty sure Matanov had no idea that his friends the Tsarnaev brothers were terrorist bombers–I expect that is why he kept attempting to call them even after he saw their pictures on the news, trying to get them to tell him that it was a mistake, they were not involved.  It seems rather clear that most of his efforts to clean his computer were attempting to erase any connection to them and any suggestion that he might be a radical Islamic terrorist.  Yet the wording of the law is such that had he suspected there was something wrong with his friends and attempted to erase any connection he had to them before the bombing, he might as easily have been charged with the same crime.  That means that it is within the realm of possibility that someone I know might suddenly go off the ranch, and the fact that I deleted files on my computer or cleaned my browser history around the same time that it happened could become evidence that I was intentionally destroying evidence.

It is a search and seizure law that might just be too open-ended, or too serious.  It has the potential to turn a little crime into a big crime very quickly, even accidentally.  It sounds like something Congress might want to consider adjusting.  Sure, we want destruction of evidence with the intent of impeding a federal investigation to be a crime; it does not seem, though, as if Matanov’s efforts to distance himself from a couple of friends whom he no more suspected would be terrorist bombers than anyone anticipates the identity of the next mass shooter (he seemed like such a quiet person) is the kind of crime the law was intended to punish.

One thought on “#14: Two and a Half Years for Clearing a Browser History”